April 6 2018
128
The US Treasury Department has published an official statement on the imposition of sanctions against Russian billionaires, officials and a number of companies with Russian jurisdiction. In total, the US sanctions extend to more than three dozen citizens and companies of the Russian Federation. 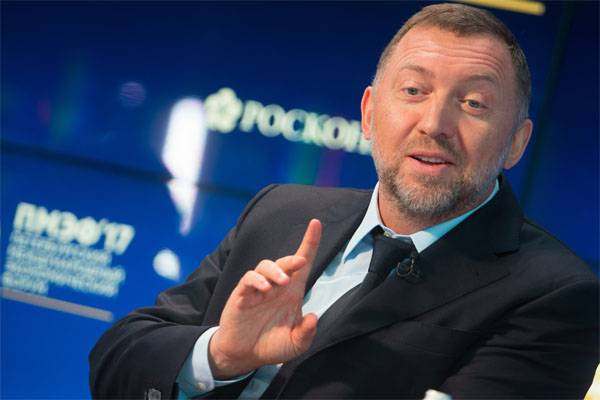 Also on the list are such names: Igor Rotenberg, Andrei Skoch, Kirill Shamalov, Sergei Fursenko, Nikolai Patrushev, and others.

The US Department of Finance introduces sanctions against companies such as RUSAL PLC, NPV Engineering, Gazprom Burenie, Renova, Basic Element, Gallistica Diamante, Russian Machines and other firms and their groups.

Recall that earlier Kremlin spokesman Dmitry Peskov said that today there are no oligarchs in Russia.
Ctrl Enter
Noticed oshЫbku Highlight text and press. Ctrl + Enter
We are
Deripaska commented on the publication of his possible "deal" with the US Congress
Military Reviewin Yandex News
Military Reviewin Google News
128 comments
Information
Dear reader, to leave comments on the publication, you must sign in.