BAZ released a new sample of the chassis. Now for the Far North

April 6 2018
16
The Bryansk Automobile Plant (BAZ, part of the Almaz-Antey concern) produced a sample of the BAZ-69092 chassis designed for the Emergency Situations Ministry in permafrost conditions, the press service of the concern reported, test runs will begin in Yakutia soon. 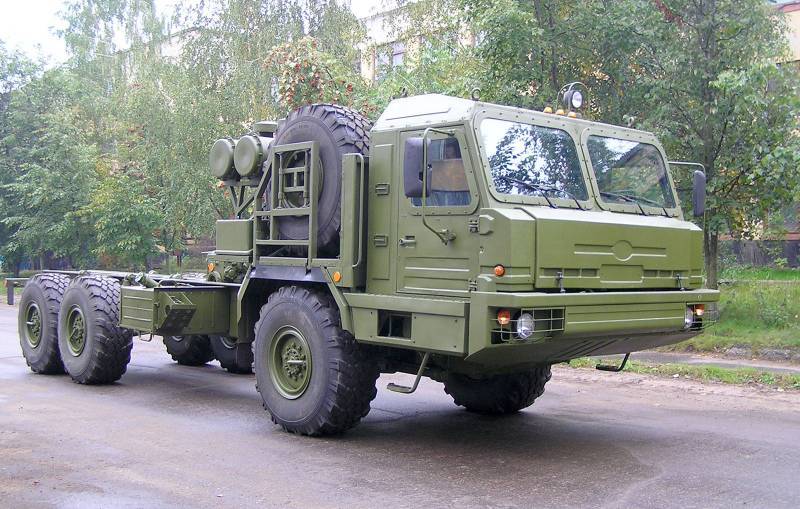 This is the first sample of equipment that our plant produced for the Ministry of Emergency Situations. We tried to fulfill all the wishes of the northerners as part of the general agreement between BAZ and the Chamber of Commerce and Industry of the Republic of Sakha (Yakutia) and we are confident that during the upcoming tests the equipment will not let you down. We hope that in the conditions of the Far North our other promising developments will be in demand.
- TASS leads a message from BAZ Director General Dmitry Oleinik.

The new prototype model in the Arctic design was developed based on the BAZ-69092 chassis (wheel formula 6х6) with a cargo platform for performing rescue, evacuation and humanitarian operations, life support in the regions. The arctic model is significantly different in construction from all previously manufactured chassis based on the Voshchina-1 family, the Almaz-Antey press service noted.

For the successful operation of the new prototype in the regions of the Far North and the Arctic, a number of changes have been made to the design of the machine, regarding life support systems, chassis design and the frame itself
- added to the company