April 6 2018
73
The state-owned enterprise "Base Center for Critical Technologies" Mikrotek "(Kiev) has developed a new dynamic defense" Shield ", which is supposed to be equipped Tanks T-64, T-72 and T-80 of the Ukrainian army, told the agency Defense Courier director of the company Sergey Shvydkoy. 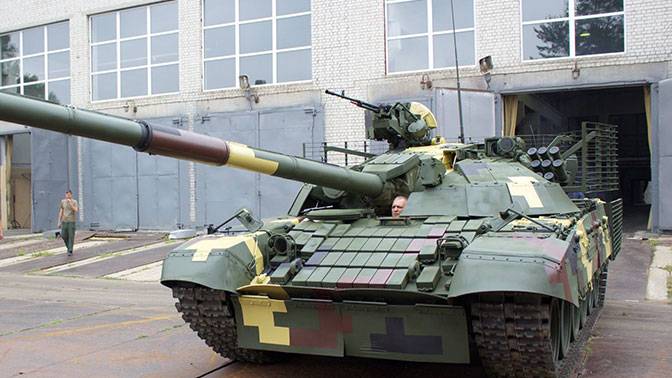 Our specialists worked in the combat zone in the east of the country — they studied the real combat use of dynamic protection. On the basis of these studies, completely new concepts for the protection of armored vehicles appeared,
said Shvydkoy agency.

According to him, “in conjunction with the Kharkov Design Bureau of Mechanical Engineering named after Morozova (KMDB), one of these concepts is already being implemented by Ukraine in one of the eastern countries. ” 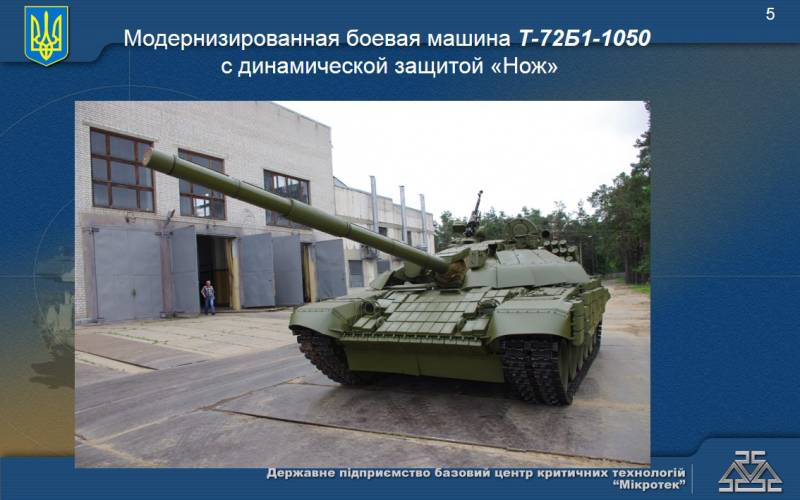 Due to some improvements, one layer of the Dynamic Protection Complex “Knife” rejects the armor-piercing-sabot projectiles produced by NATO countries (at critical meeting angles). The shell makes a cavern, and goes into the rebound. In 2016, our new DZ complexes were tested in the presence of foreign customers, representatives of the Central Research Institute of IWT, DVTP MOU and the Main Armored Directorate of the Armed Forces of Ukraine. For two weeks, mockups of all projections of a machine with dynamic protection were subjected to various tests, from vibration, high and low temperatures, and napalm damage, to shelling from various types of weapons,
continued the director. 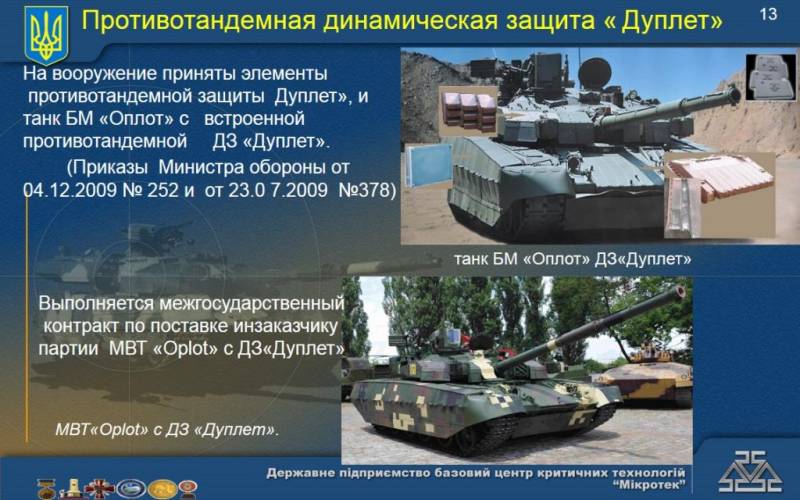 And based on the results of these tests, the Shield development work appeared.

It involves equipping the T-80, T-72 and T-64 tanks with our new dynamic defenses - respectively, Shield-80, Shield-72 and Shield-64. These developments are based on the Knife complex, but with a number of changed characteristics. The development of DZ "Knife" led to the fact that this complex, which in 3 is lighter than our DZ Duplet complex, is almost as good as the latter. Thus, all types of tanks in our arsenal will be re-equipped with these new complexes. They are already equipped with modernized T-72AMT tanks, a demonstration of which was presented to the Kiev Armored Plant in August 2017-th,
told Shvydkoy. 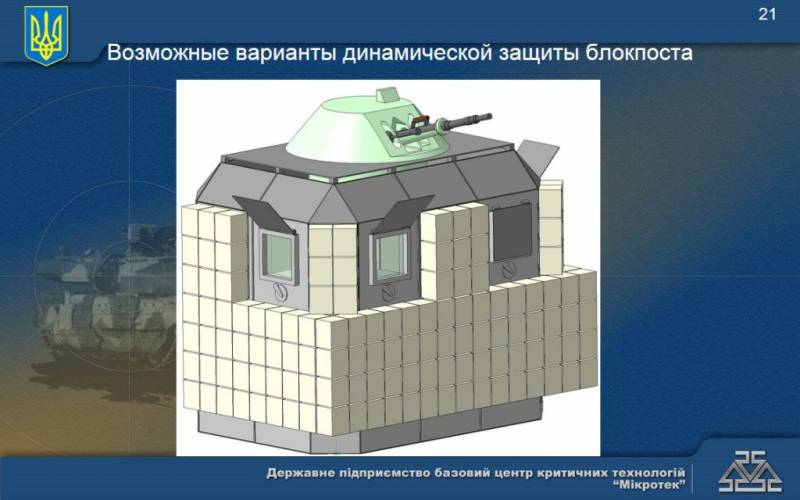 Ctrl Enter
Noticed oshЫbku Highlight text and press. Ctrl + Enter
We are
The court recognized the initiation of a bribe case against the ex-commander of the SwiftsUkrainian tank protection systems want to use in NATO
Military Reviewin Yandex News
Military Reviewin Google News
73 comments
Information
Dear reader, to leave comments on the publication, you must sign in.