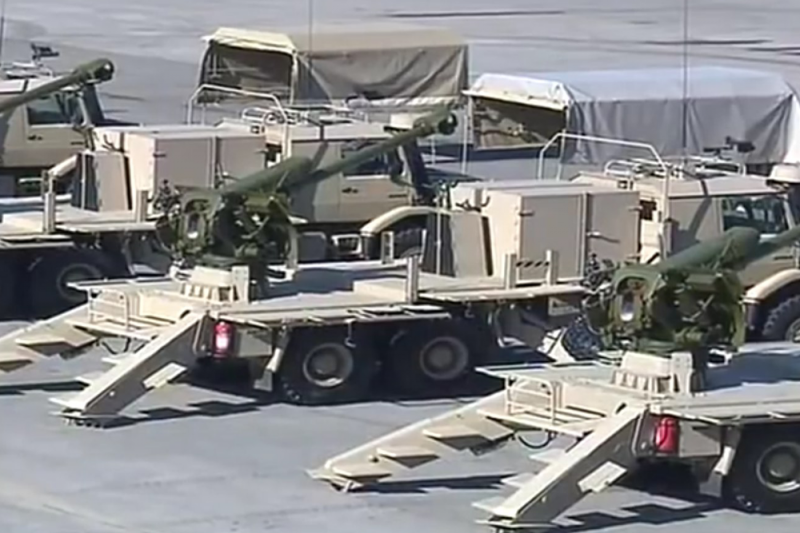 On the loading platform of the all-terrain vehicle, the towed Soviet 122-mm howitzer D-30 is installed. The combat capabilities of the installation significantly increase modern communications and navigation systems.

In addition, “the Algerian army is actively using German-made vehicles; in addition to the Mercedes-Benz Zetros, which use the MT-12 Rapier for the anti-tank guns and the BM-21 Grad rocket launcher systems, other German-made vehicles are in service: they have paired 23-mm anti-aircraft guns on them -23-2, large-caliber machine guns "Utes", says the material.

The advantages of this technical solution include relatively low production costs and greater mobility compared to the ACS on a tracked chassis.