Now from the north. Another reconnaissance aircraft observed over the Barents Sea

April 6 2018
14
As follows from the monitoring data of Western aviation resources, a strategic reconnaissance aircraft of the US Air Force RC-135V on Friday morning took off from Mildenhall Air Base in the UK, heading for the Russian borders in the Barents Sea region. 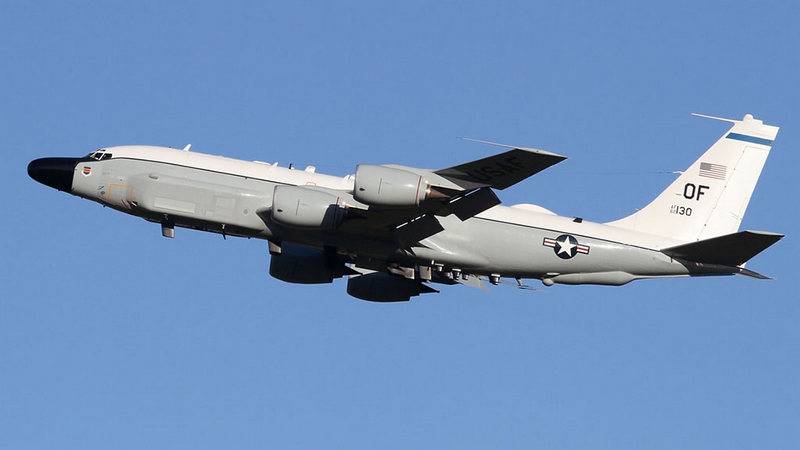 According to their information, at present, an American aircraft with a tail number 64-14844 and callsign TOKEN42, capable of conducting electronic reconnaissance to a greater depth of the enemy’s territory, is flying northward over the Norwegian Sea.

As reported, on Thursday, five Western military aircraft immediately conducted reconnaissance near the Russian borders in the Baltic region, including the same US Air Force RC-135V aircraft with a tail number 64-14844, the long-range US drone RQ-4B, British RC-135W, Swedish Gulfstream 4, as well as the NATO E-3A Sentry AWACS long-range radar detection and control aircraft, Interfax reports

Ctrl Enter
Noticed oshЫbku Highlight text and press. Ctrl + Enter
We are
US reconnaissance aircraft RC-135V again approached the borders of the Russian Federation in the region of the Kaliningrad region
Military Reviewin Yandex News
Military Reviewin Google News
14 comments
Information
Dear reader, to leave comments on the publication, you must sign in.