April 6 2018
64
Russian experts have finished the Pantsir-С1 ZRPK following its use in Syria, reports RIA News the message of the commander of the air defense and missile defense of Viktor Gumyonny. 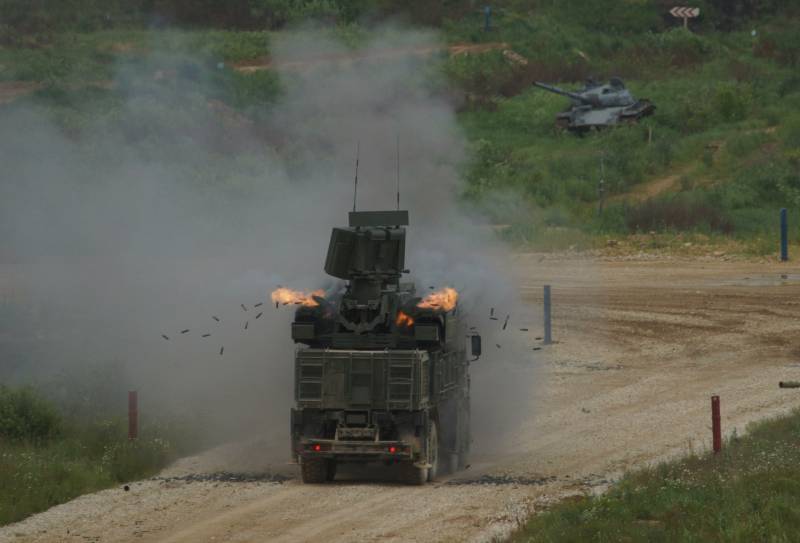 A striking example of the successful work of our defense industry to account for the experience of hostilities in Syria is the refinement of the Pantsir complex. As a result, the complex became capable of destroying not only airplanes and UAVs, but also missiles with which the terrorists periodically tried to fire at the Khmeymim airbase,
told the Humane.

He noted that all samples of weapons and military equipment of air defense, used in Syria, "confirmed in practice the specified tactical and technical characteristics, high reliability and proved the possibility and convenience of maintenance in difficult climatic conditions."

OPK specialists clarified the list of maintenance measures and modifications of existing samples. weapons and technology. As a result, their reliability increased by at least 15 percent, the commander added.

Ctrl Enter
Noticed oshЫbku Highlight text and press. Ctrl + Enter
We are
The National Interest: Russia may have the perfect weapon to destroy the attacking “packs”
Military Reviewin Yandex News
Military Reviewin Google News
64 comments
Information
Dear reader, to leave comments on the publication, you must sign in.