Karabakh: mine, laid under the "Syrian trio"

April 6 2018
204
Experts of the US Army Command in Europe (USAREUR) held a seminar in Baku on the theme “The process of making military decisions during peacekeeping operations”. 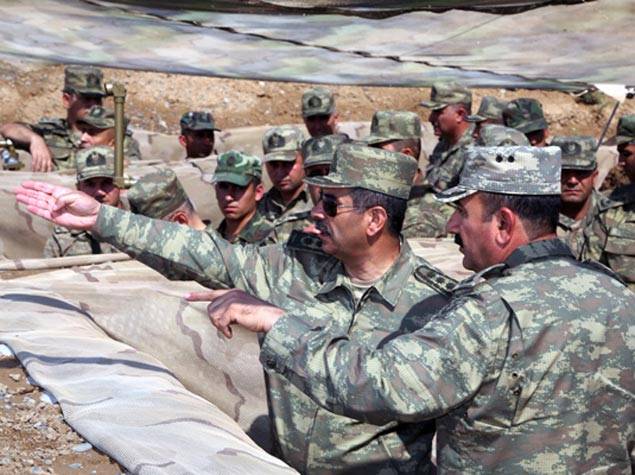 According to the Azerbaijani agency APA, with reference to the website of the Republic’s Defense Ministry, during the event, experts (instructors) USAREUR presented briefings on a number of combat missions, in the context of peacekeeping operations.

It is clear that the seminar, which ended on April 5, was held for Azerbaijani soldiers, for whom “peacemaking” is perceived rather peculiarly - as the seizure of Karabakh.

The Georgian military, who, in addition to the Americans, were trained by Israeli experts in this matter, understood the same way.

Recall that the Georgian armed forces prepared for an attack on South Ossetia and on the Russian peacekeeping contingent about Israeli military advisers 1000. They were sent there with the sanction of the Israeli government by two private military firms: General Israel SS "General Israel Ziva" and "Differential Shield" by General Galya Hirsch, one of the developers of Israeli aggression against Lebanon in 2006. The firm of the former Israeli minister Roni Milo also actively worked in Georgia.

According to some data, the development of the operation “Clean Field”, involving the seizure of the RSO, ethnic cleansing and squeezing of the non-Georgian population into the territory of Russia, was carried out under the leadership of Galya Hirsch and other Israeli military experts.

By the way, today, Israeli specialists actively cooperate with Baku, arming and training the armed forces of Azerbaijan.

You can, of course, remember that business is business, but the interests of the United States and Israel in this matter are not confined exclusively to the commercial side of the matter.

Recall that one of the main problems of Washington and Tel Aviv is the "Syrian trio" - the union, albeit situational, of Moscow, Ankara and Tehran. 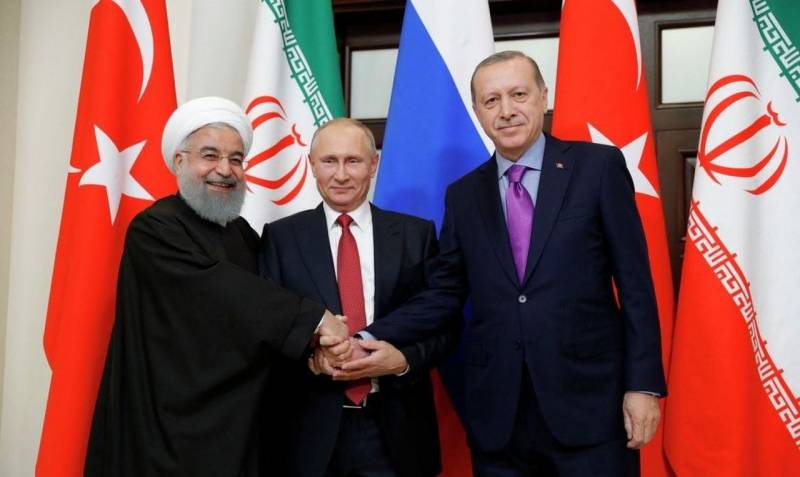 Of course, our countries are neither allies nor friends in the political sense of the word. But what is happening, both in the Middle East and at the global level, makes our countries work closely together and solve many problems together.

We can add to this the close economic ties that are developing and strengthening between Russia, Iran and Turkey, suggesting that, despite the different views and interests of our countries, these contacts are generally successful and effective.

This cooperation is of great concern and concern for Washington and Tel Aviv, since they are a direct and almost main threat to the implementation of their plans to redraw the existing borders and build a Greater Middle East.

The main pain point of the Moscow-Teheran-Ankara axis is Karabakh.

Even in a frozen state, the conflict in Transcaucasia is not only a threat to the stability of the region, but also a time bomb laid under the developing cooperation of Russia, Iran and Turkey on the other.

Recall that Russia patronizes Armenia, with which allied relations are connected within the CSTO, and Turkey is an ally of Azerbaijan, and the conflict in the NKR in the event of its aggravation will inevitably cause at least complications between Moscow and Ankara. In addition, Iran, although not an official ally of Armenia, also fully supports this country. 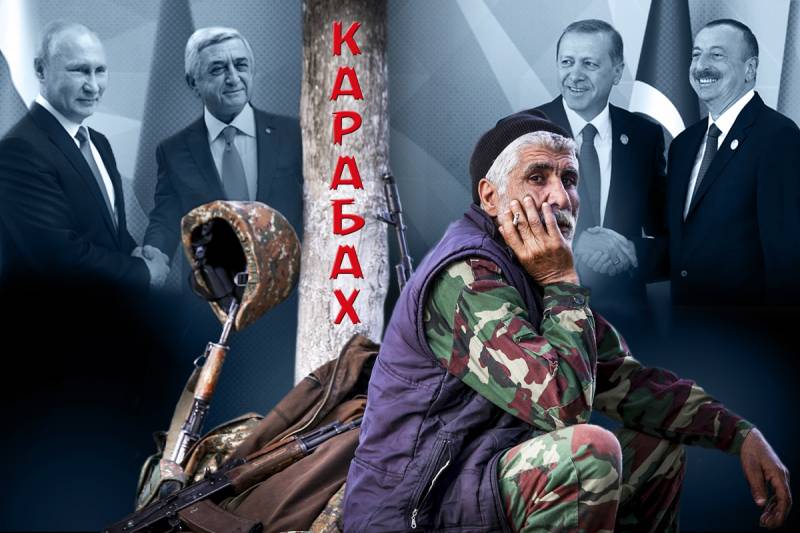 That is, in the event of “thawing” of the war in Karabakh, our countries will be drawn into this conflict, and the threat to the positions of the United States and Israel in the Middle East will be to a certain extent neutralized.

That is why both of these countries are extremely interested in intensifying the conflict in Karabakh and are trying, including using their agents of influence in Baku and Yerevan, to provoke yet another aggravation.

However, Ilham Aliyev, whose father ended the war in Karabakh, begun by his predecessors, is known as a sensible and pragmatic politician. Without a doubt, he is perfectly aware of all the risks that the resumption of war carries for Azerbaijan and for him personally.

Therefore, it is likely that he uses these “seminars”, military-technical cooperation with the United States and Israel, primarily as an asset for bargaining, not only with Russia and Iran, but also with Turkey, which recently Washington and Tel -Aviv in their opponents.

Ctrl Enter
Noticed oshЫbku Highlight text and press. Ctrl + Enter
We are
Situational analysis of the death of the MH17 flight (Malaysian Boeing 777), made on the basis of engineering analysis from 15.08.2014Caucasian affairs
Military Reviewin Yandex News
Military Reviewin Google News
204 comments
Information
Dear reader, to leave comments on the publication, you must sign in.