Vietnam has signed a roadmap for cooperation with Russia. And come to the "Tank Biathlon"

April 5 2018
47
The roadmap for the development of bilateral military cooperation on 2018-2020 was signed on Wednesday in Moscow after the meeting of the head of the Russian military department Sergei Shoigu with the Minister of National Defense of Vietnam, Army General Ngo Suan Lit.


The Vietnamese military commander highly appreciated the level of military and military-technical cooperation between Russia and Vietnam. 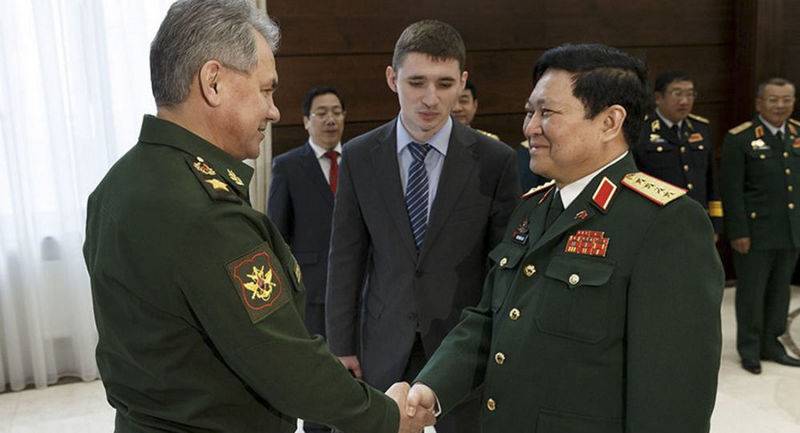 At the same time we will send three teams to participate in the competition "Tank biathlon "," Medical Run "and" Field Kitchen "in the framework of the Army Games-2018
Said the minister.

Speaking about the joint training of military personnel, the Minister expressed his gratitude to the Russian Defense Ministry for providing 2018 in 176 for training Vietnamese troops in Russia.

This is the largest number since you resumed the allocation of preferential and gratuitous scholarships.
- quotes the head of the military department of Vietnam RIA News

Ctrl Enter
Noticed oshЫbku Highlight text and press. Ctrl + Enter
We are
President of the Federation of Tank Biathlon A.N. Stolyarov: “The creators of World of Tanks are going the right way”
Military Reviewin Yandex News
Military Reviewin Google News
47 comments
Information
Dear reader, to leave comments on the publication, you must sign in.