"Aide to Moscow". Finland gave the go-ahead for the construction of Nord Stream - 2

April 5 2018
40
Permission to build the Nord Stream - 2 gas pipeline was given by Finland. We are talking about permission to lay pipes in the exclusive economic zone of this state. Relevant information is available on the website of the Finnish Cabinet.
A few days earlier, Germany gave its permission for the construction of SP-2, which caused Ukrainian indignation with statements that Berlin "is an accomplice of Moscow."


From the statement press service Finnish governments:
The Finnish Cabinet of Ministers agreed in principle to build the Nord Stream - 2 gas pipeline section, which will pass through the exclusive economic zone of Finland. 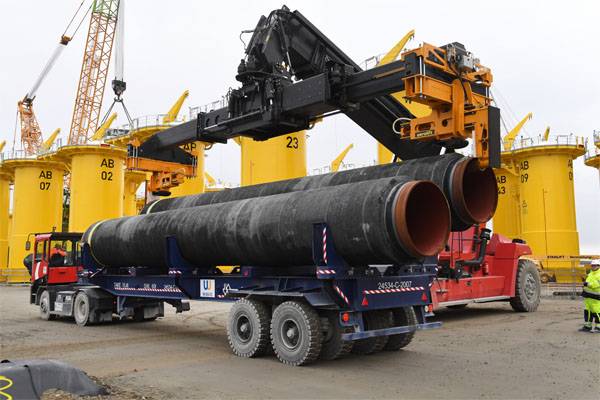 Next is added:
Government consent is conditional, which means that the applicant must comply with the conditions set out in the government decision. The party responsible for the implementation of the project should observe the general principle of caution in preventing and minimizing accidents and damage, should take due account of the vulnerability of the Baltic Sea and other existing projects in the exclusive economic zone, and should also comply with the conditions of a construction permit required by law about water. In addition, the project must be designed in such a way that at a later stage potential infrastructure projects can be implemented in the exclusive economic zone of Finland.

Apparently, Ukraine will refer to the "accomplices of Moscow" and now the official Helsinki.