The first swallow. A group has been set up on the Azov Sea to fight Ukrainian piracy

April 5 2018
124
The task force to prevent piracy on the part of Ukraine was created in the Azov-Black Sea Territorial Administration (ACT) of the Russian Fishery Agency, reports TASS with reference to the press service of the Azov Fisheries Research Institute. 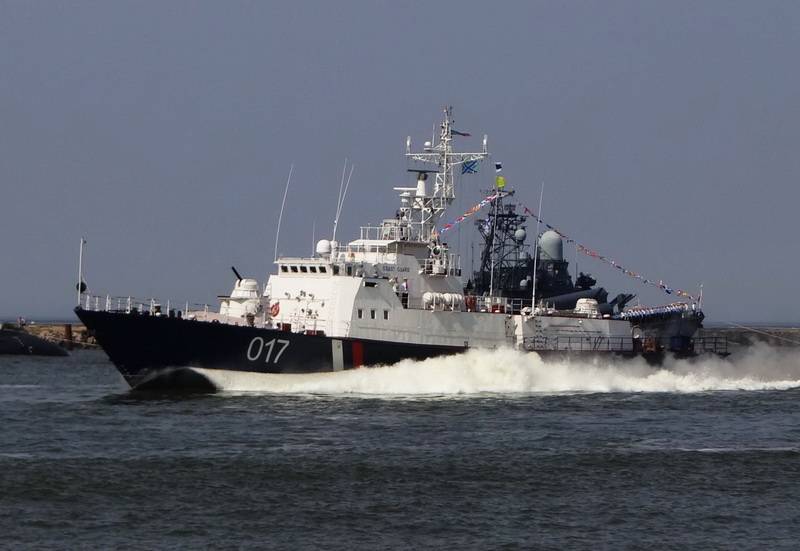 Igor Rulev (head of the ATU) informed the council participants on measures taken to ensure the safety of Russian fishermen fishing in the Sea of ​​Azov. He said that an operational group was set up at APCTU, which coordinates the activities of the Russian Fishery Agency with the frontier departments, providing information on the whereabouts of fishing vessels in the Sea of ​​Azov to prevent piracy from Ukraine
- explained in the press service.

The territorial administration of the Russian Fishery Agency sent recommendations to fish producers on the procedure for entering the fishery in the Sea of ​​Azov. Fishermen should notify the border guards of the vessel’s departure and dislocation change. In case of an emergency, the fishermen are advised to get in touch at a certain frequency.

The issue of measures to ensure the safety of Russian fishing vessels in the course of fishing in the Sea of ​​Azov was discussed during a meeting of the Azov-Black Sea Basin Scientific-Fisheries Council in Rostov-on-Don after the Ukrainian border guard detained the Russian fishing vessel Nord.