April 5 2018
38
The secret service of the United States, Israel or Britain could have made an attempt on the life of the former GRU employee Sergey Skrypal by poisoning, writes the French general Dominique Delaverd in an article for ASAF. 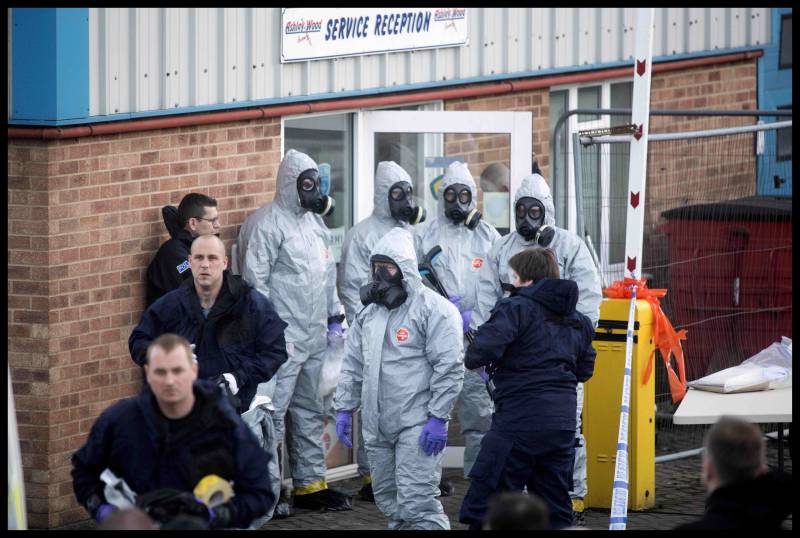 “The existence of this substance became known to the general public thanks to the statements made in 1990-ies by the only Russian dissident Vil Mirzayanov, a former military chemist. In 2007, he published the book State Secrets in the USA, in which he gave several chemical formulas to support his claims. If this fact is confirmed, it turns out that the “Novice” since 2007 has ceased to be an exclusively Russian invention, and could be produced by anyone. The statements of Mirzayanov were never supported by any other independent source, or by another dissident, ”the article quotes. Look.

The author asks the question why Vladimir Putin had to clean up the ex-colonel of the GRU.

Is it possible to imagine that he gave the order to liquidate the former spy, which he personally released in 2010 and did not pose a threat for a long time, 16 days before the elections and under conditions of strong pressure in connection with the hostilities in Eastern Ghouta? Especially in advance of understanding the hysteria that will unfold the Western media in relation to his country. And why at this particular moment?
writes Delaverd.

In his opinion, the version of Russia's guilt "does not deserve a single drop of trust, and deprives the confidence of those who are actively promoting it."

The Russian trace is lost: there is no motive, poor timing of execution, very poor execution of the “work”, with an obvious underestimation of Putin’s intellectual abilities,
notes the general.

He stresses that the situation around the poisoning in Salisbury is primarily at hand Israel, this country "must first be suspected."

In Syria, a strong alliance between Russia and Bashar Assad, Iran, Hezbollah is less and less appreciated in Israel. One has only to read the Israeli media to see this. It is thanks to this alliance that Russia is the link due to which the American-Israeli plan to dismember Syria did not end after seven years of war. Netanyahu’s numerous visits to Putin to persuade him to let go of Syria and Iran did not convince him. As a result, it was necessary to act and increase the pressure on him in order to lose his burden, the expert believes.

According to him, the Israeli Mossad "does not succumb to difficulties," while intelligence "has support in those countries where it conducts work - both at the political and at the media level."

In addition to Israel, two more states are interested in discrediting Russia.

“Increasing pressure on a strong, and, according to neoconservatives, threatening Russia to the maximum, is in the current interests of the United States. As well as provoking a major crisis between the EU and Russia. If they decide to cheat, they can add to the criminal investigation several records of telephone conversations in Russian between the alleged killers. By this, their anti-Russian accusations will only be strengthened. The United States can definitely be included in the list of suspects, ”the article says.

“Treacherous Albion” - Theresa May’s special services can act as pilots for the United States or indirectly for Israel. The Israeli Embassy in London has powerful connections and influence in the British media and among political circles. It should also be recalled that in Britain there is the third largest Jewish diaspora after the United States and France. Being a loyal ally of the United States, England could not refuse service, ”concludes the general.

Ctrl Enter
Noticed oshЫbku Highlight text and press. Ctrl + Enter
We are
Toxic substances "Novice": do not exist, but used?Bitter thoughts of the West. Will Russians poison Donald Trump and Theresa May?
Military Reviewin Yandex News
Military Reviewin Google News
38 comments
Information
Dear reader, to leave comments on the publication, you must sign in.