Chemistry they have the wrong system. Crypt goes down

April 6 2018
42
According to Sergei Lavrov, the complete “drowning of the outright lies of Great Britain” will happen in the “case of Skrypal” when Prime Minister Teresa May and the dead cats thrower Boris Johnson resign. In the meantime, we are witnessing the beginning of the catastrophe of this scam, we see how Great Cyprian, like Titanic, pulls a huge number of careers of English and European figures to the bottom, which in itself will also be a catastrophe. 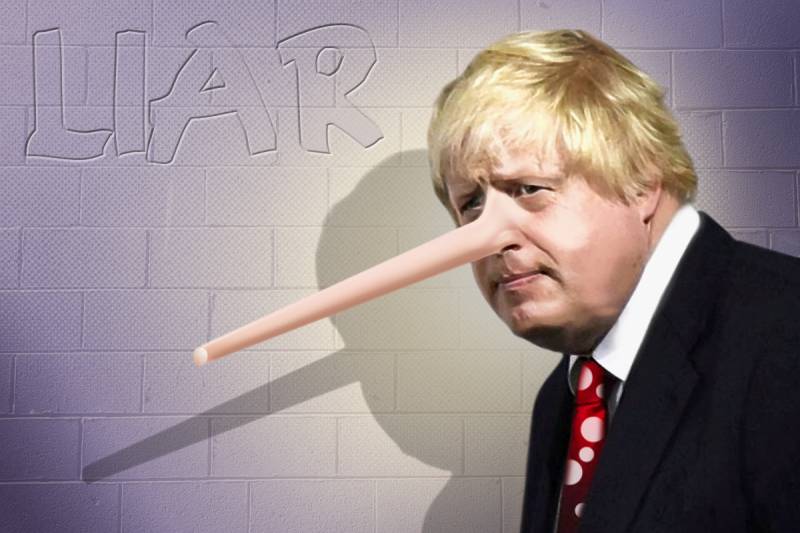 The main charge of Great Britain fell down. Recall it: “Without any doubt, Russia is responsible. No other country had at the same time opportunities, intentions and motive. There is no alternative explanation. ”

The military chemical laboratory Porton Down, its head in an interview with Sky News, said unequivocally that they couldn’t identify the manufacturing country of the Novice organic substance, they think that it was a military intelligence that they considered to be a Novice or close to him But even with this, Boris Johnson was exposed in a lie, because earlier in his interview he claimed that in the laboratory Porton Down he had been named a producing country, supposedly Russia.

With this recognition, Porton Down was also very tightened, but he couldn’t pull any further, as Skripal and his daughter’s blood samples were taken by OPCW experts and soon there will be independent research results. Doctor of Chemical Sciences Vadim Maltsev in the “60 Minutes” program smashed Porton Down into tatters, he found “under great pressure” from the “Novice” public authority because it is a gas and it tends to evaporate. We say frankly: Porton Down is lying "under pressure", but he cannot do it as frankly as Boris Johnson, before the scientific community.

As a result of all these revelations, there was a split in the English parliament, Labor leader Jeremy Corbin is demanding evidence from Boris Johnson about the “Skrypal case”, because the absurd hypotheses of the alleged investigation have already reached buckwheat. Boris, in response, produces new accusations, already in the “case of Jeremy”, which “plays the game of Russia and discredits the UK in the case of the attack in Salisbury”.

It seems that the key point in this English provocation will be the question: was there a “Newcomer” at all? Or is it all nonsense, from a scientific point of view, as Vadim Maltsev argues, and in this case we can talk about some kind of poisonous spray that was applied by someone to the clothes of Skrypal and his daughter? Therefore, is England so attracted by the involvement of experts of the OPCW and against the participation of Russian experts? The Case of Skripal enters a scientific, unpredictable plane ...

The EU countries at the OPCW meeting declared "full confidence in the UK investigation of the Skripl case," 14 from the 41 countries of the OPCW Executive Committee supported Russia, many abstained, in fact, the work of the OPCW was blocked. Note that Europe speaks of its confidence in the investigation of the UK, but does not directly accuse Russia. And trust can be lost. One third of the countries of Europe, led by, one can say, with “small neutral Austria”, refused out of solidarity to support the “English investigation”. So, the “Case of the Violin” has already split Europe, in favor of Putin? Or England / USA?

In this regard, there are more alarming signals for the English investigation: Angela Merkel's closest advisers publicly express irritation that England brought forward its accusations in the "Skripal case" in the absence of evidence. The British Foreign Office suddenly began to sag, to retreat from its former belligerent positions, and, in addition to its chief Boris Johnson, makes the admission that the accusations of Russia “were based on assumptions. While the master of "dead cats" speaks of "key facts."

Another interesting twist: the US is offering Russia to send new diplomats to replace 60, are they taking their diplomatic demarche back? Apparently, Russia should accept this proposal, asking to wait when the Foreign Ministry prepares 60 new diplomatic intelligence officers for the United States.

There were statements by independent experts, guided by the old Roman maxim: see who benefits. French General Dominique Delaberd, and not in retirement, published an article in the ASAF publication, in which he said with military directness: “The version of Russia's guilt does not deserve a single drop of trust, but deprives the trust of those who are actively promoting it”. The Russian trace is contrived: "There is no motive, poor timing of the performance, very poor performance." Delaverd is prone to suspect Scripale is poisoned by the "perfidious Albion, who can act as a pilot for the United States and, indirectly, Israel."

... When the fog of investigation of the Great Britain’s incident in Salisbury dissipates, a new term “to give Skripal” will be included in the diplomatic dictionary, with a high degree of probability, which means: to stick into a blatant international lie.

Ctrl Enter
Noticed oshЫbku Highlight text and press. Ctrl + Enter
We are
Was there a “Newbie”?Bitter thoughts of the West. Will Russians poison Donald Trump and Theresa May?
Military Reviewin Yandex News
Military Reviewin Google News
42 comments
Information
Dear reader, to leave comments on the publication, you must sign in.