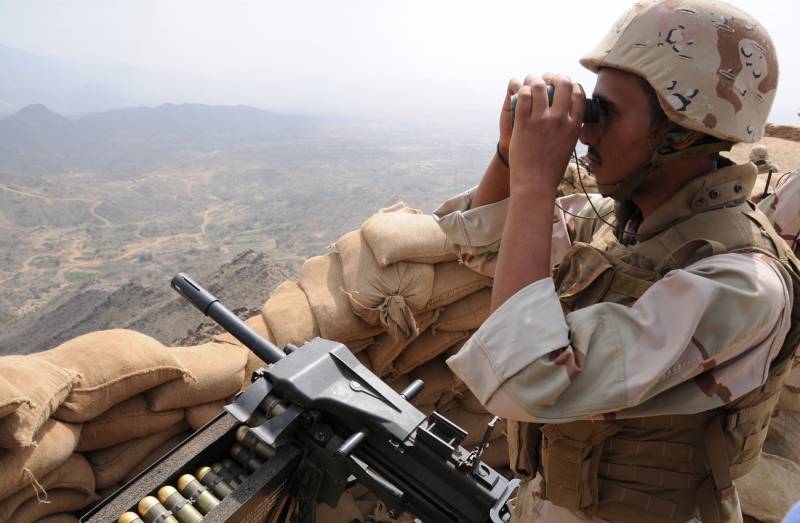 All the company's facilities, including those in Jizan, are safe and functioning normally,
Saudi Aramco said after the incident.

Recall that at the end of March, two American-made MIM-104C Patriot PAC-2 SAM anti-missiles launched by the Saudi military broke down during the launch of a missile attack, one exploded in the air after launch, the other fell in a residential area. At the same time, the Arab coalition stated that it was not the American rocket that fell in the village, but “fragments of Yemen’s shells”.

The armed conflict in Yemen continues with the 2014 year. On the one hand, the Hussite rebels take part in it, on the other hand, government troops and militia members loyal to President Mansur Hadi. The pro-presidential forces are supported by the Arab coalition, led by Saudi Arabia. In response, the Hussites launch rockets regularly at Saudi targets.

Ctrl Enter
Noticed oshЫbku Highlight text and press. Ctrl + Enter
We are
The war in Yemen: should Russia get involved in a conflict?Under the general hype around the deployment of "THAAD" in the Republic of Korea, the United States sets up "poles" in Western Asia
Military Reviewin Yandex News
Military Reviewin Google News
22 comments
Information
Dear reader, to leave comments on the publication, you must sign in.