April 5 2018
36
On Wednesday, the press service of the White House issued a statement in which it again laid the blame on the Syrian government for using chemical weapons in Khan-Sheikhun a year ago, reports RIA News. 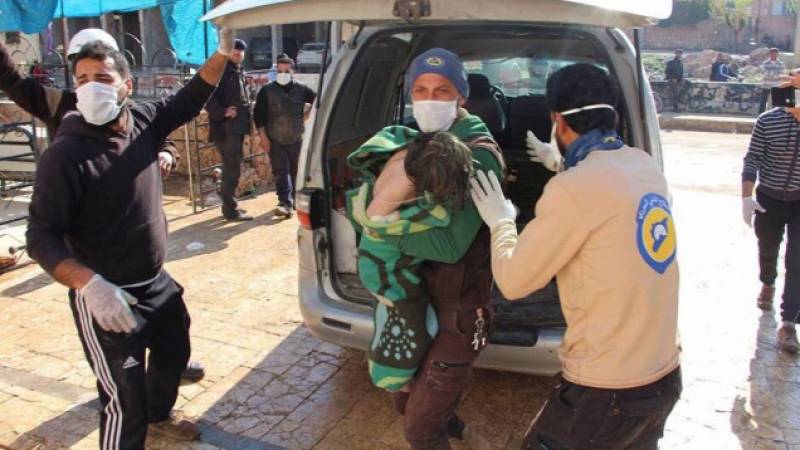 Today is the first anniversary of the unthinkable assault of the regime (Syrian President Bashar) Assad using nerve gas sarin in Khan-Sheikhoun. As a result, killed hundreds of civilians. Men, women and children who died at the hands of the Assad regime 4 April 2017, deserve justice in this matter, and we will not rest until the regime is brought to justice,
the statement said.

We expect all parties to fulfill their promises of 2013 of the year and ensure that the Assad regime ceases the cruel use of chemical weapons against the people of Syria,
added to the White House.

Recall 4 April 2017, the Syrian opposition announced about 80-ti victims of attacks with the use of toxic substances in the city of Khan-Sheikhoun (Idlib province) and 200 victims. The culprit for the attack was called the government forces of Syria, President Assad himself and Russia supporting him. Damascus said that they had never used chemical weapons either against their own people or against terrorists, and the entire chemical arsenal was previously exported from Syria under the control of the OPCW. Russia's statements about the need for a more thorough investigation of the incident the United States and its allies ignored.

Ctrl Enter
Noticed oshЫbku Highlight text and press. Ctrl + Enter
We are
He again “applied” him: the West portrayed Assad as a chemical tyrant
Military Reviewin Yandex News
Military Reviewin Google News
36 comments
Information
Dear reader, to leave comments on the publication, you must sign in.