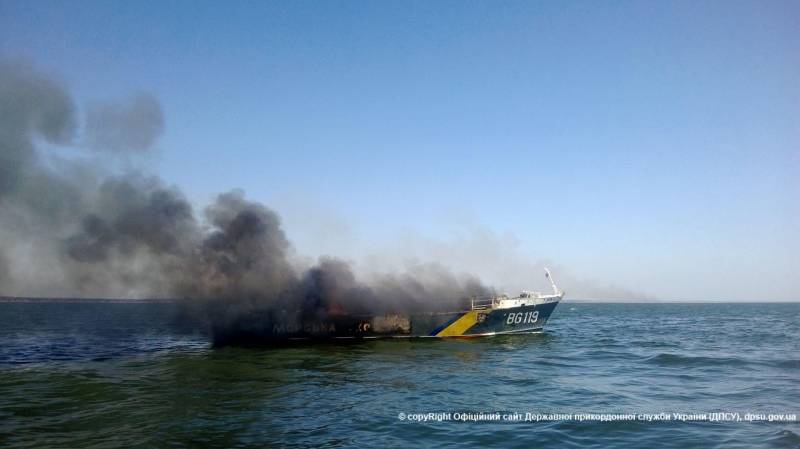 Ten days? Is it a lot or a little? From the point of view of the common man? It would seem a moment. But this is for a happy person. And for illegally arrested? For a man who can not even understand the essence of his crime? And whether the crime?

26 March 2018 was detained by the Russian fishing vessel "Nord". Many people remember a surge of emotions about this in the press. It is a splash. No more. The topic is not hot. And the crew is not big. A dozen fishermen who were not even arrested. And the ship? Let the ship be the owner’s problem ... 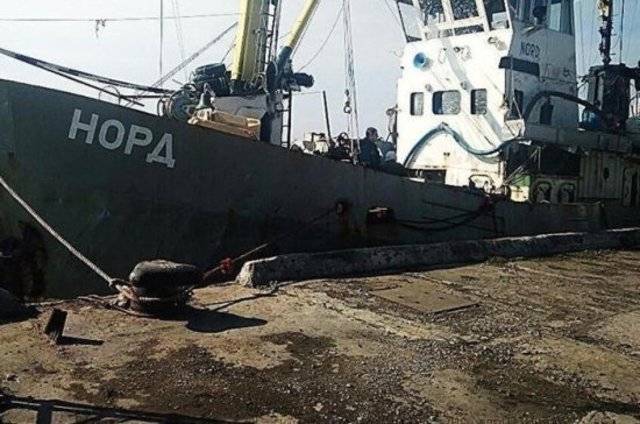 Let's look at the facts that have become known. Indeed, the Ukrainian border guards detained exactly the ship. There are no crew detention reports. But in this case, the crew must be removed from the ship or transferred to another vessel. Otherwise, he becomes a hostage. The vessel will be put under arrest at the port. Ukrainian border guards knew about this. But they took this step deliberately. Provocation?

Any port is an enterprise mode. Nobody will allow to walk on its territory. Moreover, the port is guarded. And in violation of the regime of protection has the right to apply weapon to kill. Russian sailors have already been warned that this is exactly what will happen if they go ashore.

Further. When detained, all documents were seized from the captain. Including passports. In fact, today the crew members cannot officially prove their citizenship. But even when there were passports, for Ukraine it is not documents. Russian passports issued in the Crimea, Kiev does not recognize. And ship documents are always the main source of information for any court.

It would seem that what is simpler: call the Russian consul and issue temporary certificates of citizens of the Russian Federation to seamen. These documents are recognized by Ukraine. However, the consul was not allowed on board on the basis that the ship and crew were Ukrainian. What is that supposed to mean?

We understand this, how does Ukraine seize its own vessel with a crew of its citizens?

However, we have already got used to the frank fool from the Ukrainian side.

SBU, border guards and other services are actively conducting some kind of investigative actions on board. In the early days, the crew was almost round the clock interrogated without the participation of lawyers. Again the question - on what basis, if people are not detained and not arrested?

The situation that the Ukrainian authorities have created around the detained vessel is a classic for the silly Kiev junta. That is silly. Detention of ships occurs often enough. And in the world there is a proven system of action in such cases. But it is in the world, not in Ukraine.

So, there are no reports of the detention of the crew. There are no court decisions on the presence of seamen on board. But the crew does not have the opportunity to leave the ship either! Beautifully executed.

Voluntary prison? Only here, even prisoners have rights, and in this case there is freedom of choice in Ukrainian.

Moreover, the fate of the detained vessel must be decided by the court. By the way, I want to remember the crew’s lawyers with a kind word. Only thanks to their efforts the sailors did not die of hunger. In fact, every day, two lawyers carry bags and boxes of food, personal hygiene items and other necessary things on their own backstage detainees. And, by the way, from the entrance to the ship 2 km distance.

Small tricks of the Ukrainian border guards are also striking. Starting with the inability to drive the ambulance car to the ship and ending with the refusal of admission to board the fire inspector.

Imagine the situation. The captain and one of the sailors had a hypertensive crisis. Brought evil. The ambulance arrived ... to the entrance. And then the doctors walked on foot. You can not enter the territory. Accordingly, the treatment carried out "peshochkom". Measured the pressure and put the injection. And pills.

Thanks to the ambulance doctors.

Today "Nord" has already begun to stink. It stink. For two reasons. The first, but not the main one: the vital activity products of the crew. The latrine must be cleaned periodically. Simply put, drain the feces. And there is no agreement with the owner on this issue. True, once merged. Allowed. And second?

The second reason is fish. The ship did a good job. On board almost 6 tons of fish. In the sealed hold. And this fish, despite the operating refrigeration unit (namely, the need to maintain this equipment caused the fire inspector to call), begins to deteriorate a little.

But the stench is a private business of Ukrainians.

And now the question: is this a normal situation at all? In our opinion - no.

And the point here is in a simple delineation scheme. Today we have it, and the Ukrainians (and most of the world) have their own. And according to all the international rules and regulations, unfortunately, the Ukrainian frontiers seem to be right.

They detained the neighbor’s vessel in their waters, they don’t recognize Russian Crimean passports, they still seem to be theirs ... The fish, again, is its own, Ukrainian ...

But we do not like the situation. The situation is very delicate. And that's why.

Russia cannot sue Ukraine for international action. Ukraine works in its (for the whole world) border area. And with an absolutely stupid snout will be able to continue to conduct arrests and detentions.

We need to really do something.

The first. There is an opinion (and it is not only ours) that in the zones of fishing in the basin of the Azov Sea, it is necessary to ensure the presence of our boats. It does not matter with the blue cross on a white background or white-green.

It is on the subject of preventing the taking of hostages of Russian citizens under any pretext. Since we are dealing with terrorism and banditry (and the actions of the Ukrainian service are very similar to the Sudanese boys), then we must react.

But to respond politely and correctly. These Ukrainian Navy must be handled with care. They can drown from spitting, which, accordingly, will entail an international scandal.

The second. Those ships that go to the Ukrainian ports under the Kerch Bridge, and you can hold. Again on the subject of a survey on the promotion of terrorism.

If the Ukrainian side puts the matter this way, completely spitting on all the world laws in coastal and maritime matters, it is worth answering a mirror.

And even better - with pre-emption.

After all, they may like it. Already today in Ukraine there is talk that too many Ukrainian citizens are languishing in Russian prisons. And someone (a criminal director) could be exchanged for a captain.

If this is the case, the first step is the hardest! Went to sea among the week, and by the weekend - already 3-4 a dozen candidates for the exchange.

Shanovni pans, will not it be greasy?