April 4 2018
13
The US Marine Corps has begun the process of replacing sniper weapons. The MXN A40 rifles currently in use will be replaced by the Mk 6 Mod 13, Warspot reports, citing businessinsider.com. 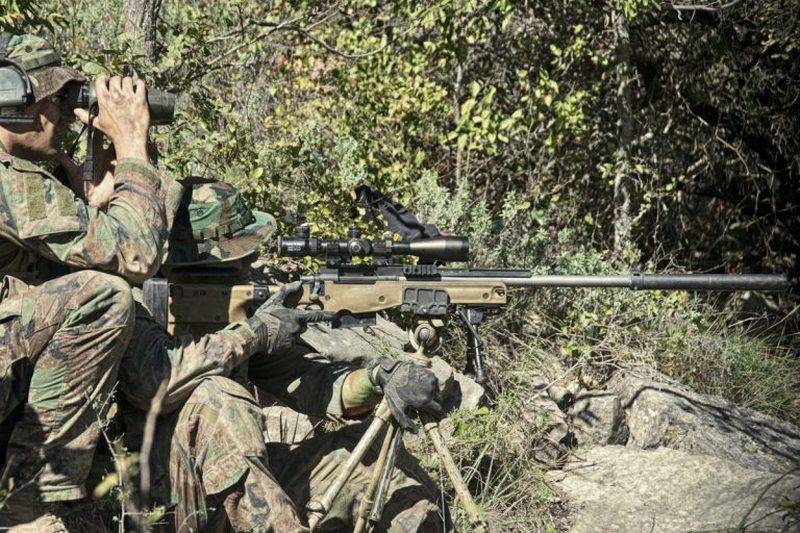 The M40 rifle entered service with the KMP back in the 1966 year and has since undergone a number of modifications. The last one was called M40 A6 and includes a folding stock, a full-size Picatinny rail and other "cosmetic" changes.

As part of the budget request for the current year, the KMP command included in the number of purchases 356 rifles Mk 13 Mod 7 (the acquisition cost will be $ 4,3 million). Earlier, these rifles had already been procured by the United States Department of Defense Special Forces Headquarters (SOCOM) to equip them with special forces.

Like the M40 A6, the Mk 13 Mod 7 rifles have a longitudinally sliding gate, but are designed for high-precision shooting at longer distances. Thus, the marines will be able to effectively hit targets at a distance of over 1 km, while M40 is designed to work on targets at a distance of up to 1 km. In this case, the Mk 13 Mod 7 will be used in parallel with the new semi-automatic sniper rifles.