The world facing the threat of "jihad tourism"

April 5 2018
12
Russian President Vladimir Putin stated that the terrorist group "Islamic State" (banned in Russia), despite the heavy damage it suffered, is still capable of attacks in different regions of the world. 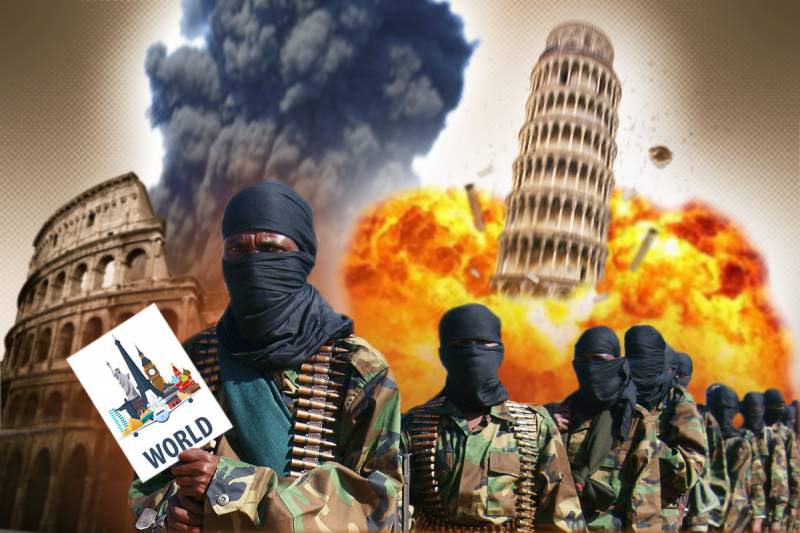 “Despite its military defeat, this terrorist group retains significant destructive potential, the ability to quickly change tactics and make attacks in various countries and regions of the world. Other extremist structures pose a great danger, ”the Russian president’s address to participants in the Moscow Conference on International Security read by the Security Council Secretary Nikolai Patrushev.

The beginning of the migration of “caliphate” and other jihadists from Syria to Europe, Africa and Asia, Deputy Defense Minister Alexander Fomin, who spoke at the conference, called “jihad tourism”. 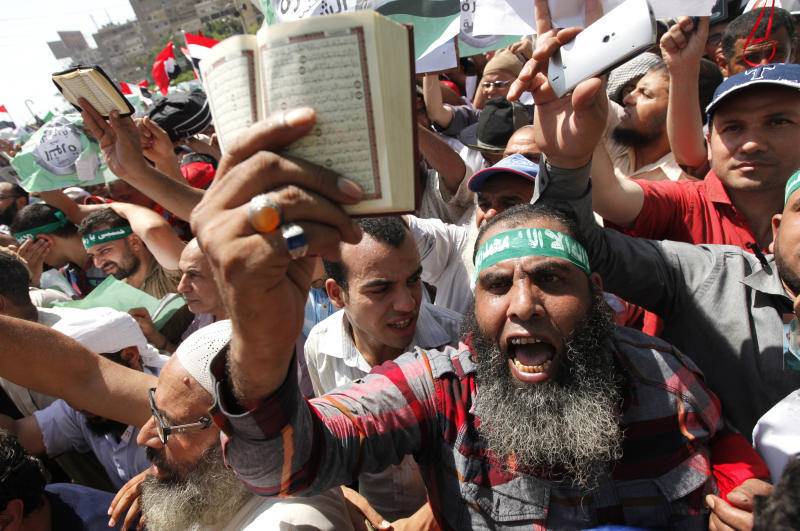 "After the defeat of the so-called" Islamic state "members of the gangs from Syria are moving to other regions, terrorist activity in Africa is increasing," jihad-tourists "are returning to Asia and Europe," quotes General RIA "News».

Actually, the process of the outcome of the “Caliphate” from the Middle East did not begin today. As the territory controlled by the terrorists is steadily declining under the blows of the Russian Armed Forces, the CAA and the allies of Damascus, part of its population is forced to seek a new home.

The “Islamic state” really represented the likeness of a public entity, which had, in addition to the terrorist gangs that performed the role of the “armed forces” and the “police”, territorial administrations and a kind of economy.

A significant number of civilians were involved in the IS infrastructure, many of whom are truly loyal to this structure and share the ideas of “jihadists”.

Moreover, some of them, including women with children, came to the territory seized by terrorists from abroad in order to build a “caliphate”.

Today, they have to leave the liberated lands, because even the local “caliphates” do not count too much on the favor of fellow countrymen who have lost their loved ones, their homes and property, thanks to the “jihad”.

A year ago, Turkish and Arab media reported on the mass exodus of militants and supporters of terrorist organizations, noting that the main stream of “Caliphate citizens” is heading to the southern borders of Turkey.

In an effort to get into their own and foreign countries, they are trying to cross the Turkish frontier with hundreds.

“According to local sources, now that they have crossed the border, the terrorists have settled in several cities and villages located in southern Turkey,” the Arab news agency AMN reports.

Residents say that in the border areas, a group of smuggling mediators is already in full swing, and they are carrying militants and their families across the border. It is noteworthy that the fee varies depending on nationality, those who seek to get into Turkish territory.

For example, for “caliphaters” from Saudi Arabia, a safe border crossing costs 2000 US dollars for each. However, if you consider that from time to time Turkish border guards open fire on violators, and the dead are already in the tens, this price does not seem too exorbitant.

Local residents of the Turkish border region say that mini enclaves of "transit countries" from Syria and Iraq have already emerged in southern Turkey.

At first glance, this situation creates serious threats to the national security of Turkey, and it can be assumed that Ankara will not tolerate such tendencies.

In this question there is one "but." Turkey is in dire need of "cannon fodder" for its occupying forces in the north of Syria. Turkish proxy units, the so-called “Free Syrian Army,” willingly recruit terrorists from various factions, including IS, without paying attention to their citizenship. In pro-Turkish gangs operating in Afrin, citizens of the Russian Federation, Central Asian republics and even China are noted.

However, regardless of the Turkish plans in Northern Syria, there is an acute problem of filtration camps, which could weed out terrorists, and those responsible for military and other crimes from ordinary refugees.

Otherwise, all this human mass, which the Turks will not hold, will rush to Europe, to the CIS countries, to Africa.

Turkey itself is unable to carry out such a large-scale task - consolidation at the international level is necessary. And this is not only about participation in the financing of refugee camps.

The current contingent is in one way or another connected with terrorist organizations, and, therefore, it needs filtering, which implies, among other things, close cooperation of special services, exchange of operational information.

However, as we see, the EU countries do not intend to cooperate in this matter with Ankara, as well as with the competent services of Russia, Iran, Syria and Iraq, which may have important information on specific characters.

Moreover, some EU countries do not even want to finance a refugee deal with Turkey. The German edition of Der Spiegel reports that Germany, France, Austria, Sweden, Denmark and Finland have demanded that the second tranche for Turkey, the amount of which is 3 billion euros, should be paid from the EU budget, not the EU countries. As reported, the head of the European Commission, Jean-Claude Juncker, opposed such a decision, but the question remains open.

Recall that the first tranche in the amount of three billion euros provided by Turkey, one-third was paid from the EU budget, and two-thirds of the contributions of EU countries. The share of each country was determined on the basis of its GDP. Germany has made the largest contribution of 500 million euros.

Representative of the Government of Germany at a closed meeting of the European Commission in June 2017 of the year demanded that the EU provide the second tranche to Turkey only after Ankara implements all the projects agreed with it in the agreement on refugees, reminds DW.

And today, a year later, the Turks are being blamed that less than half of the agreed projects from 26 have been implemented, and some have not yet begun.

In addition, EU countries complain about the lack of transparency in financing the transaction. It is noteworthy that Ankara has repeatedly accused the EU of bad faith in this matter.

Thus, in March 2017, Turkey’s Minister for EU Affairs Omer кelik said that Ankara no longer sees any reason to stick to the agreement on migration with the EU, since the European Union countries did not keep their commitments without securing visa liberalization for Turkish citizens. A little earlier, the head of the country's foreign ministry, Mevlüt луavushoglu, announced the possibility of canceling an agreement with the European Union on migrants.

That is, there is no doubt that in the event of any hitch in the execution of the transaction, hundreds, if not thousands, of IG fighters and other similar structures will end up on the streets of EU cities.

But this is a kind of concern for Europeans. It is much more important for us that “jihad-tourists” with passports of Russia and the CIS states would not return to our countries (or return as persons under investigation and arrested).

Russia needs to reach such a level of mutual understanding and cooperation with Turkey so that the law enforcement agencies of our country, Kyrgyzstan, Uzbekistan, Tajikistan and Kazakhstan can identify and localize the running “jihad tourists” on the territory of this state.

An indirect confirmation of this interaction was the gratitude of Turkey for the information provided, which made it possible to prevent the terrorist act expressed by the director of the FSB of Russia Alexander Bortnikov at the Moscow Conference on International Security.

There is also no doubt that the issues of cooperation in this matter were raised during the recent visit to Turkey by Vladimir Putin.

Ctrl Enter
Noticed oshЫbku Highlight text and press. Ctrl + Enter
We are
What told PatrushevSituational analysis of the death of the MH17 flight (Malaysian Boeing 777), made on the basis of engineering analysis from 15.08.2014
Military Reviewin Yandex News
Military Reviewin Google News
12 comments
Information
Dear reader, to leave comments on the publication, you must sign in.