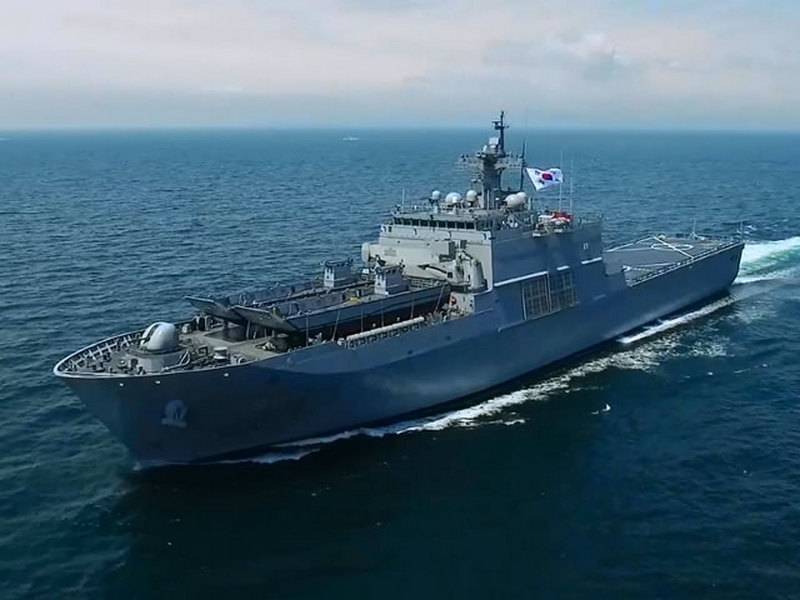 This is the third ship in a series of four vessels planned for construction. The first two of them are already included fleet, Il Chul Bong became the third, the fourth - No Jeok Bong - is at the final stage of construction.

In service with the South Korean navy, new "paratroopers" will complement the ships of the project LST-I (type Go Jun Bong), built in the 90-s. Currently, the crew of Il Chul Bong is undergoing intensive training, and by the end of this year the new ship should officially enter the fleet, having received an onboard number 688.

The displacement of the ships of the LST-II project is 4900 tons, and when fully loaded it exceeds 7000 tons. Il Chul Bong reaches 127 m in length, 19,4 m in width and can reach speeds of up to 23 knots (43 km / h). On the upper deck of the ship are two LCM type landing boats, a platform for two helicopters, and up to eight amphibious armored personnel carriers can be located inside the flooded deck. In addition, the ship can carry 2 tank and up to 300 fully equipped fighters.