Black day for US aviation. Loss of a transport helicopter in California


The helicopter crash occurred in the south-west of the United States - in California (near the town of El Centro). According to the latest data, four US servicemen on board died. The total number of US Army personnel aboard is not reported.

This is a helicopter CH-53E Super Stallion. The crash happened around 14: 35 local time (0: 35 Moscow time). The helicopter reportedly made a scheduled flight during the "standard marine exercises". 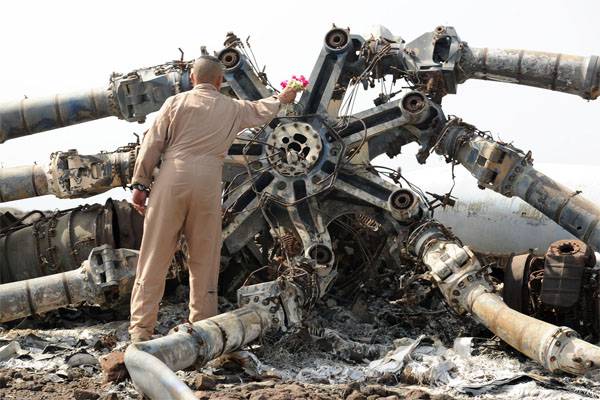 CH-53 Super Stallion is a heavy transport military helicopter. These machines have been in operation since the middle of the 60s. The crew of the helicopter is the 3 man (the 4 man in the upgraded versions). The machine is able to take on board up to 40 military personnel. Maximum payload - 5,78 tons. Practical ceiling - 5,1 km. The United States actively used helicopters of a similar type during the Vietnam War, losing then 36 units.

Ctrl Enter
Noticed oshЫbku Highlight text and press. Ctrl + Enter
We are
The situation in the south-east of Ukraine. Chronicle of events. 3 May
Military Reviewin Yandex News
Military Reviewin Google News
50 comments
Information
Dear reader, to leave comments on the publication, you must sign in.