April 30 2018
5
Armored vehicles that appeared during the First World War immediately began to develop in many areas of design thought. The dam of public distrust collapsed, the military (about whom the saying “how to put on my sword belt, go dumb and dumb”!) Finally understood the Leninist idea expressed by him in the article “The Fall of Port Arthur”, which in the 20th century “No endurance, no physical strength, no herdness and solidarity of the mass struggle can give an advantage in the era of rapid-fire small-caliber rifles, machine guns, complex technical devices on ships ... ” Therefore, the creation of new means of armed struggle opened a wide street. True, it’s not so for a long time, since very soon the “dancing XNUMXs” gave way to years of crisis and depression. Nevertheless, even then new ones were created. Tanks - From the smallest to the largest, one project was proposed more surprisingly than the other. And much, after all, was embodied in metal ... 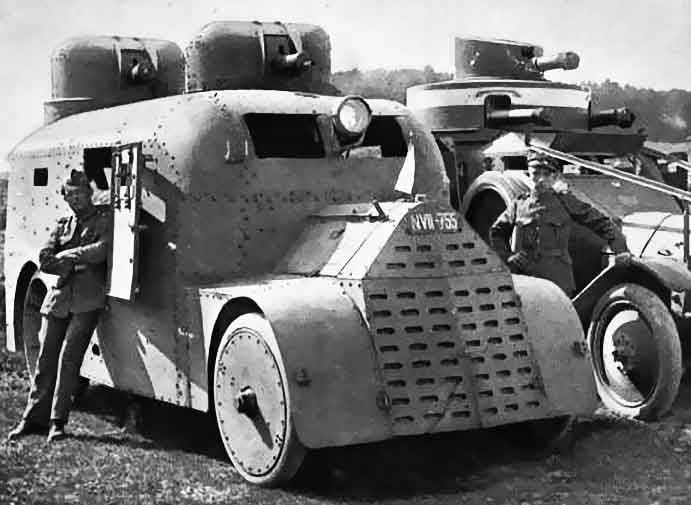 "Fiat Torino" - one of the first Czech armored vehicles. It would seem, what is not a car for the police? But ... why would such a BA have two machine guns at once? And where is the water tank and water tank?

However, the war contributed not only to the rapid development of military equipment - airplanes, tanks and armored cars, but also awakened significant groups of people to action. Already the first post-war decade in many countries of the world was marked by class battles between the authorities and the radical segments of society. 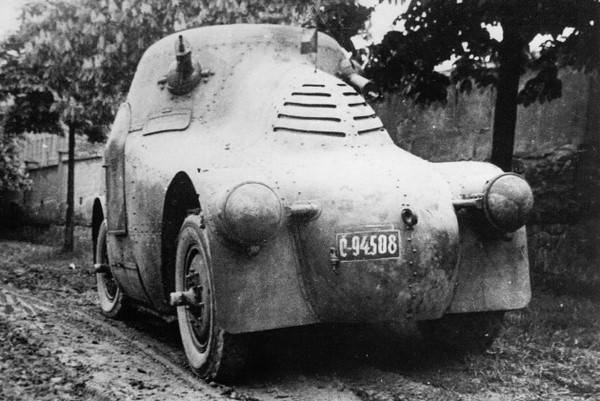 Another original development of Czech engineers of the interwar period: the middle-class armored car Škoda PA-II Zelva. But the original design is one thing - but the real combat capabilities are completely different.

These machines, as they say, "did not go," although they survived until the German occupation of Czechoslovakia and were even used by the Wehrmacht as ... police cars. 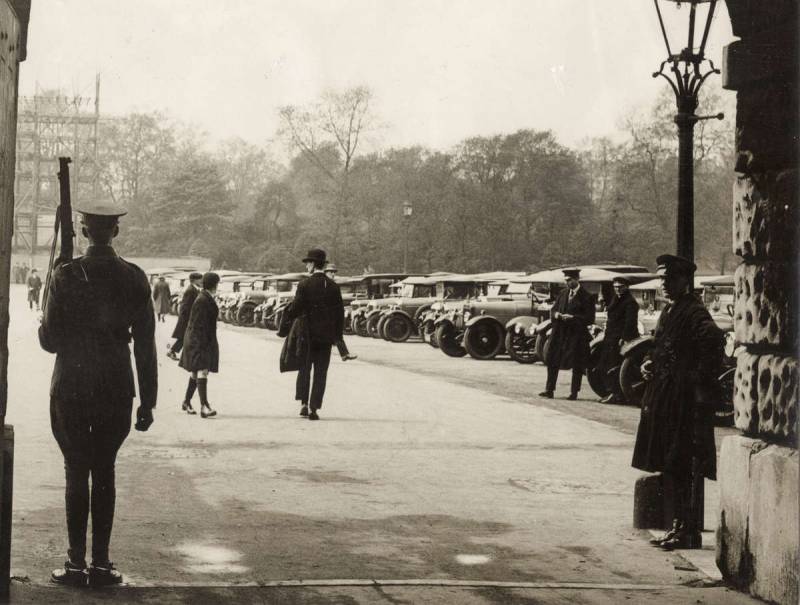 For example, while the bourgeois classes in the same England really “danced”, already in 1925, miners took to the streets of British cities. The situation repeated a year later! And here the word "battle" can not be quoted, because on the streets of the same English cities there were serious battles. When suppressing the speeches of miners to restore order used the soldiers. 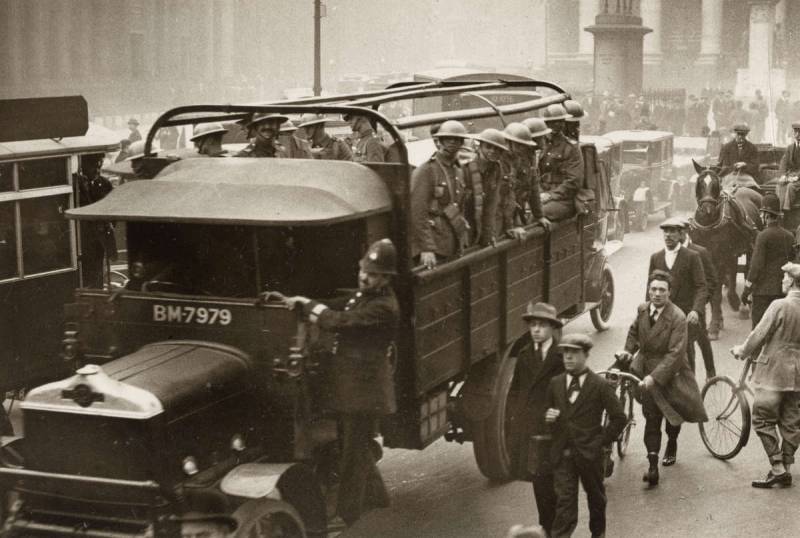 Army truck with soldiers who were transferred to martial law during the 1926 miners' strike of the year.

Omnibus windows had to be "booked" with boards, and the driver and assistant should be protected with nets to protect them from stones. City streets were patrolled by armored cars. In a number of European countries, firearms had to be used to suppress the uprisings. weapon and armored vehicles. In this case, the forces of law and order actively used armored vehicles of various types left over from World War II. And it was here that it turned out that the formidable in battle, these armored vehicles are of little use in order to disperse the demonstrators and pacify the raging crowds of citizens. 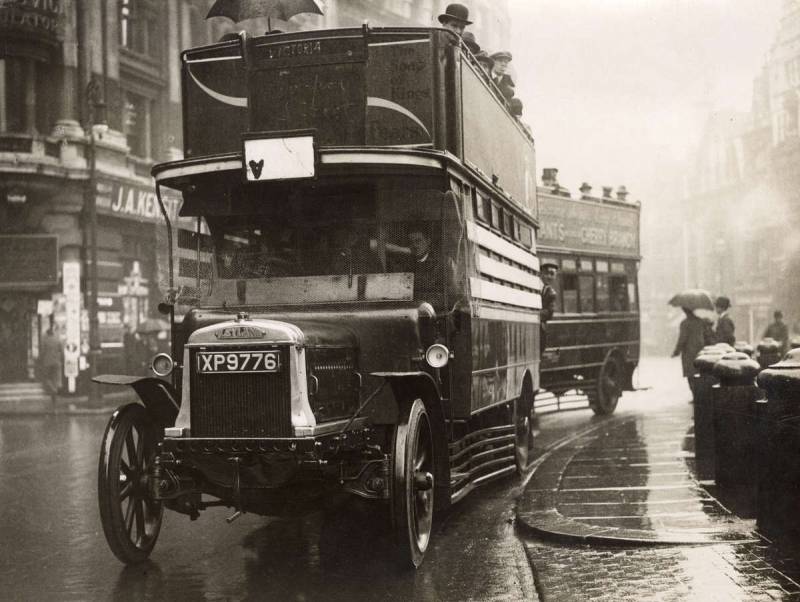 "Armored omnibus" on the streets of London.

I had to improvise: staff weapons — water-cooled machine guns — were replaced by lighter ones (and they were not particularly needed, they had to shoot their own citizens with machine guns ?!), additionally put loudspeakers and tear gas devices on armored cars. In short, military equipment had to be specially converted. However, the results of the work, as a rule, did not satisfy the customers. They didn’t like that cars are expensive, and their efficiency is very low! 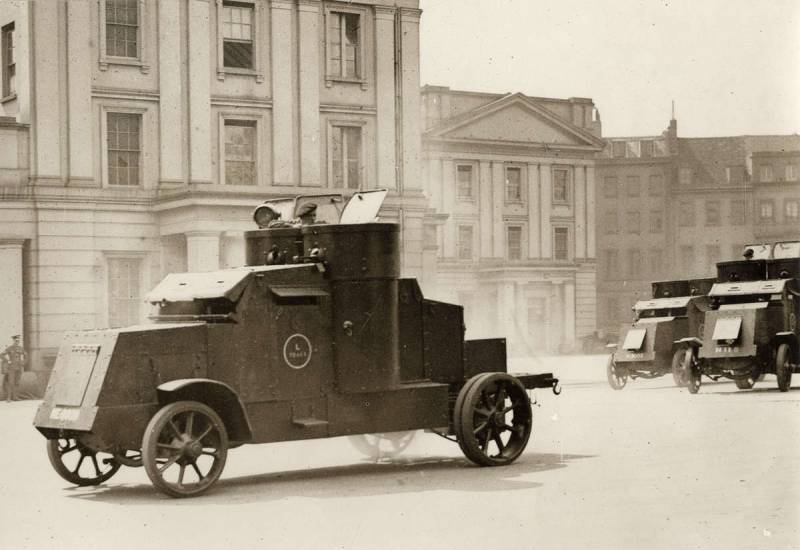 British armored cars "Austin", delivered, by the way, to Russia during the First World War, on patrol of the streets of English cities, covered by riots.

Therefore, by the end of 20's. in different European countries, engineers turned to creating special police armored vehicles that differed from military vehicles with greater simplicity and, consequently, would be cheaper, which would use the chassis of conventional commercial trucks, but which would be more efficient at the same time it is against the crowds of "rioters". It is clear that they did not need anti-bullet armor either, and small arms could only be purely symbolic (usually one light machine gun was quite enough!). But they were supplied with tanks and devices for launching tear gas and water cannons, which also needed a hefty supply of water. The first such BA in the 1928 year for the police on the chassis of commercial trucks 4x2 began to produce, for example, the French company Renault.

But in central Europe the situation was even worse than in England and France. These countries at least won the war and lived through reparations and colonies. And here the situation was further complicated by the fact that the new young states created on the wreckage of two empires at once were multinational, and clashes of varying severity on interethnic and multi-religious grounds occurred every now and then. The governments of Yugoslavia, Romania, Hungary and other countries had to deal with separatists from different national minorities, who demanded to reconsider state borders, and with leftists and religious fanatics.

At that time, Czechoslovakia was one of the largest suppliers of weapons of various purposes to the countries of this region. The republic had a highly developed industry in relation to other Central European countries, rich traditions in the production of military equipment and ... good funding. At the beginning of the 30's the Chekhoravska Kolben-Denek concern, which also included the Praga automobile plant, decided to develop a special heavy-duty police car armed with a water cannon and a device for launching tear gas on its own initiative. The Czechs were likely aware of the Renault police armored car, but they wanted to do better. Like the French engineers, their design — the TNSPE Prague model — was built on the chassis of a heavy truck. The choice of designers fell on a two-axle seven-ton “Prague” TN with a 6-cylinder gasoline engine that had water cooling (7 l, 85 hp, 1600 rpm). Another feature of the truck was its low bed chassis with spars, curved up above the bridges. To carry out their police functions, an 5000 l water tank was placed on the armored vehicle, which, by the way, gave it greater stability on the move due to its low center of gravity and heavy weight. 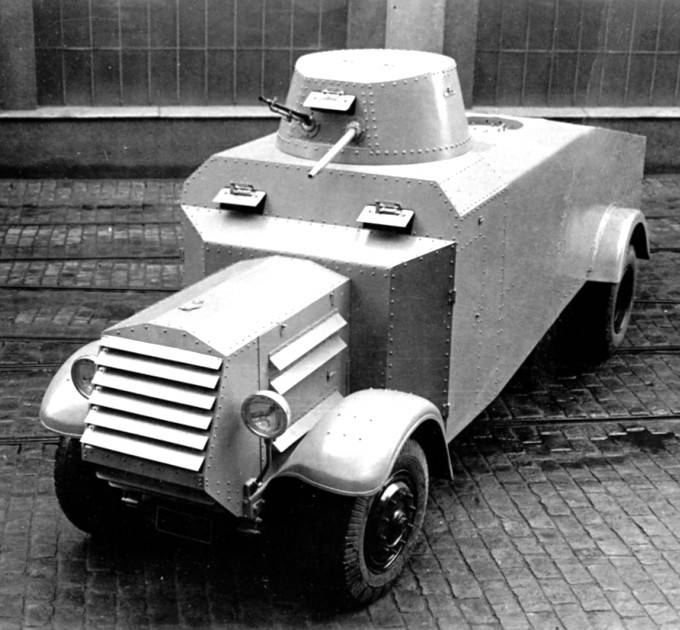 Prague TNSPE-34. The device of independent aiming of a machine gun and a fire engine is clearly visible.

On the truck chassis, the frame was shortened as far as possible in front and behind, cutting off directly at the place where the spring brackets were attached. On it was mounted body riveted on the frame with corners. At the same time, the designers did not refuse the armor, but only now the thickness of the armor sheet was only 4 mm on the tower and 8 mm on the case. The turret with a circular rotation housed a light machine gun ZB 30 caliber 7,92 mm (ammunition - 1000 cartridges) and a water cannon. Both barrels were mounted in individual ball bearings, which made it possible to raise and lower barrels to 20 hail, and to deflect them to 10 hail in both directions without turning the tower itself. The crew and control compartment was located immediately behind the engine compartment. The driver's seat was on the right. The commander and driver were sitting in the cockpit, and the shooter - in the tower. Behind the control compartment on the frame was mounted a water pump, which had a drive from the engine. The pump had a capacity of 2000 l / min and provided an overpressure to 30 atmospheres. This was quite enough to dump an adult person in 10 m from BA with a water jet. The rest of the armored corps was occupied by a water tank of complex shape and space for six cylinders, which contained 100 m 3 compressed tear gas. In addition, the crew of the vehicle had hundreds of hand-held gas grenades, which were stored in its cabin in four special containers. As you can see, the TNSPE armored car "Prague" was very well prepared for suppressing street riots. 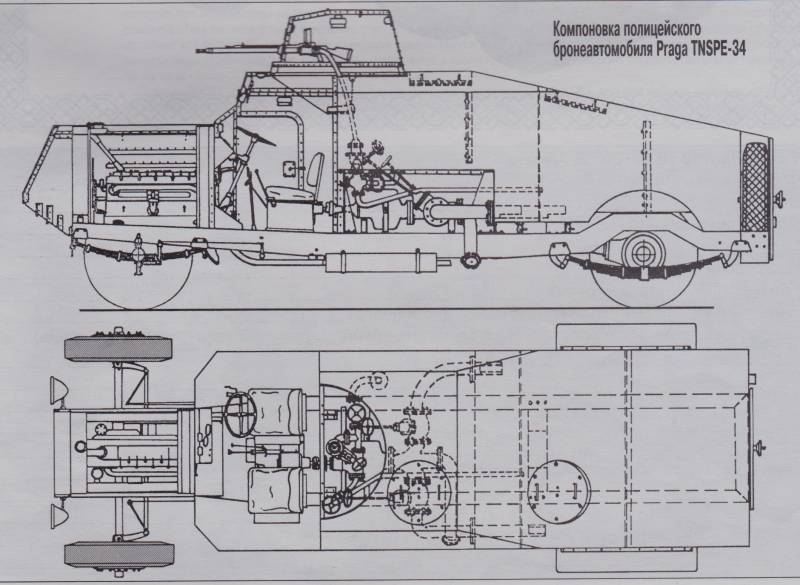 Diagram of the device Prague "Prague"

The car, which developed speed up to 45 km / h, could move at a speed of 9 km / h on the lowest gear of the 4-speed gearbox. Special tires were not afraid of punctures and bullet holes, but behind the big round hatch, “just in case” the spare tire was also hidden. 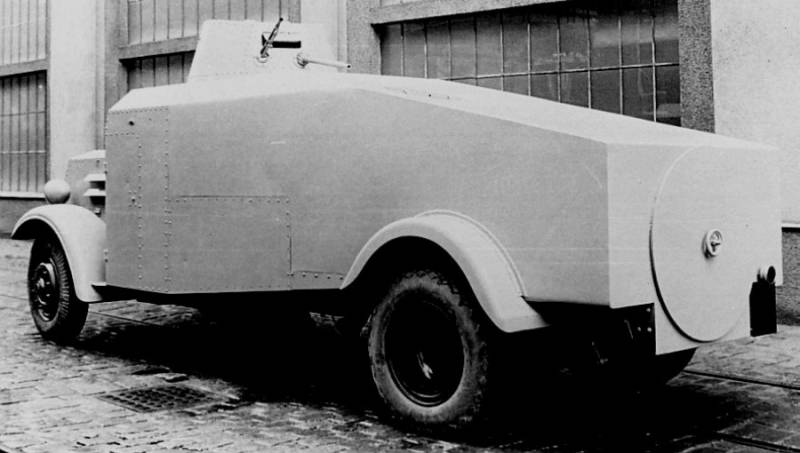 Rear view of the spare wheel, hidden behind the armored hatch, and beveled rear armor plate of the hull.

Czechoslovakia offered its armored car "Prague" TNSPE to the police departments of all countries - its traditional partners, including Turkey. However, the order, and that only for three cars (in the 1934 version), was made only by one Romania. After testing these machines in the case, the Romanians wanted to buy four more copies in an improved version, which was soon fulfilled.

At the Prague factory, under this order, a new modification of the TNSPE-37 armored car (sample 1937) was made. Put on the frame more powerful 105-strong motor. To improve the visibility behind the roof, the water tank compartment was made sloping down, and to compensate for the volume it was significantly expanded. In the left side put the exhaust fan with a round collector. Mounted also new front fenders, made already from armor steel.

Automobile “Prague” TNSPE, based in the industrial centers of Romania, operated in this country until almost the end of the 40-s. For its time, these were the best armored vehicles for police in Europe.

Ctrl Enter
Noticed oshЫbku Highlight text and press. Ctrl + Enter
We are
Italian armored vehicles of the period of the First World WarIs the "old" well forgotten to become the "new"? Part-2. At the call of honor and duty
Military Reviewin Yandex News
Military Reviewin Google News
5 comments
Information
Dear reader, to leave comments on the publication, you must sign in.