April 4 2018
82
On the background of the events taking place in the world, foreign media recalled the Russian Perimeter system, known in the West as the Dead Hand.


The nuclear power of Russia decided to remind its readers of the British press. Perimeter is one of Russia's most secret developments in the field of nuclear security and nuclear missile deterrence. The system must ensure that a nuclear counterstrike can be applied, even if the order to launch the missiles will be physically given. At the same time, some experts believe that this system has its own vulnerabilities.

"Russian nuclear control system weapons «Perimeter“Not only has it been preserved since the end of the Cold War, but it is also improving,” said Professor Bruce Blair, American expert in nuclear control, at the British Star Daily. This professor is one of the most recognized Western experts and co-founder of the Global Zero Movement, and also a research fellow at Princeton University. Among other things, Bruce Blair is a former American army officer who once controlled the Minuteman ballistic missile launches. The global zero movement, co-founded by Blair, is in favor of achieving a “global zero” - the destruction of all existing nuclear arsenals by the 2030 year and a nuclear-free world (a utopian goal in modern realities).

According to recent events and publications, one gets the impression that the West and Russia have entered a new era of the Cold War. The scandal that erupted around the poisoning in the UK of a former GRU employee Sergei Skripal and his daughter with a nerve agent called “Novice” only inflates the coals of this confrontation. Only in connection with this incident more than 100 Russian diplomats were expelled from many countries of the world, including 60 - from the United States. In Russia, they responded with mirror measures, calling the decision of the West a mistake. Vladimir Putin and the Kremlin have denied any involvement in the attempted assassination attempt, arguing that Britain has no evidence of any involvement of the Russian Federation in this case, the newspaper Daily Star points out, stressing that the crisis is likely to continue. 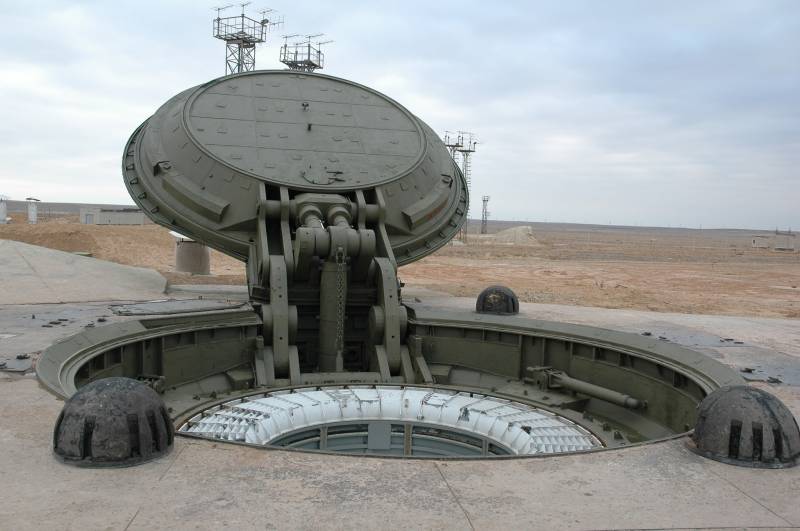 “Dead Hand,” as it is called in Western countries (another name is “Doomsday Machine”), is an automatic system that only a few people need to work, Bruce Blair told the Daily Star. According to the expert, to activate it, you need to perform a fairly small number of functions. At the same time, the military, who can activate the system, do not have to have high ranks and positions, they just have to respond to its signals. The "perimeter" is designed so that Moscow can respond to a nuclear strike, even if all the command and top leadership of Russia is destroyed as a result of the first strike from the United States, emphasize in the British edition.

The system has a well-developed network of sensors that can detect nuclear explosions in Russian territory. After that, the system launches a “command rocket”, which sends out a signal that activates all other strategic nuclear missiles in the country located in their positions. In addition, non-nuclear forces, for example, submarines or bombers that are currently in different parts of the world, also receive a signal of a reciprocal attack.

“This means that even a“ tactical ”strike, which would have been destroyed by the top Russian leadership, will not prevent the apocalypse of the third world war following this,” stress the Daily Star journalists. According to the American expert Bruce Blair, the development and launch of the Perimeter system is a legitimate and ethical way to prevent a possible nuclear war, since the “containment” of a potential enemy is based on potential and inevitable retaliation. “The working Perimeter means that the West should always think twice when it has a desire or temptation to launch a nuclear strike,” the British tabloid says. 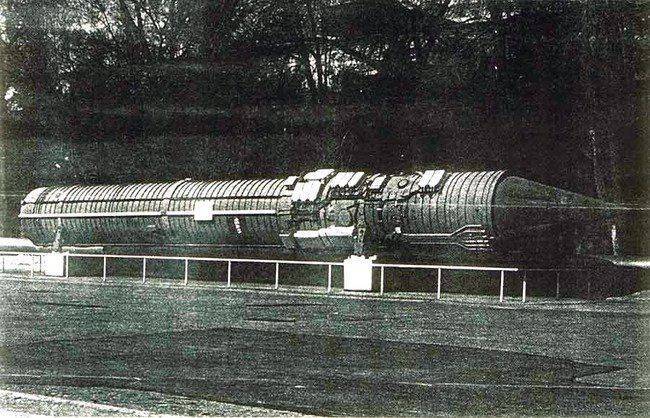 Command missile 15А11 of the Perimeter system
The British counterpart of “Dead Hand” are “letters of last resort”, which are handwritten by the British Prime Minister upon assuming office. Secret letters are written in case of a nuclear attack on the country and the death of the government. This procedure is one of the parts of the protocol that every new head of the British Cabinet must follow. The so-called letters of the last hope are handwritten in four copies, after which they are sealed in envelopes and handed over to the commanders of four submarines armed with Trident ballistic missiles with nuclear warheads. Letters from the country's prime minister are kept on these submarines inside double safes located at the central control posts of submarines.

The text of these letters will never be made public. With the departure of the head of government, these letters are subject to destruction. It is believed that their text contains an order for one of four options for possible actions: launching a nuclear retaliation against the enemy; refusal to strike; decision making at its discretion; transition under the command of the union state.

At the same time, Bruce Blair expressed concern that the Russian Perimeter system is vulnerable to modern cyber attacks, and this circumstance, in turn, poses a security threat to the world. The fact that the Pentagon is seriously considering the possibility of conducting large-scale cyber attacks against Russia (as a response to "Russian aggression") has been previously reported repeatedly. It is not excluded that one of the targets for such attacks could be the Perimeter system, which, according to some sources, is based south of Moscow in a deep bunker. The existence of this system was once confirmed by the commander of the Strategic Missile Forces, Sergei Karakaev, writes a British tabloid. 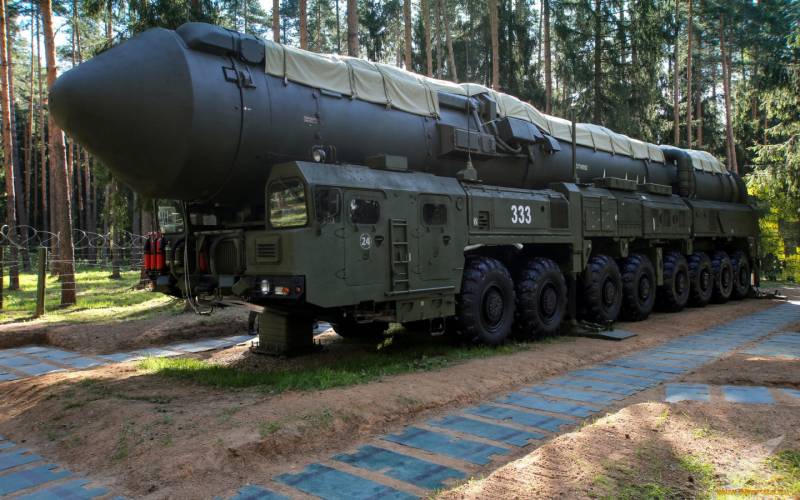 Indeed, in an interview with the Russian newspaper Komsomolskaya Pravda in December 2011, the commander of the Strategic Missile Forces, Lieutenant-General Sergey Karakaev (now Colonel-General) told reporters about the existence of the Perimeter. “The system really exists, it is on duty. If the need arises in a reciprocal nuclear strike, when there is no opportunity to bring the appropriate signal to some part of the launchers, this command will come to the missiles from the Perimeter system, Karakayev then noted.

Alexei Leonkov, the editor of the magazine Arsenal of the Fatherland, explained to journalists of the Russian newspaper Vzglyad that the Perimeter system, which includes a network of mines of ballistic missiles, was created and put on combat duty even during the times of the USSR. It was assumed that in the event of a surprise attack from the enemy, which would lead to the elimination of the military-political leadership of the state and there would be no one to press the “red button”, the system’s sensors would automatically detect the fact of a nuclear strike based on the analysis of various data: seismic vibrations, electromagnetic radiation, the ionizing state of the atmosphere, etc. After that, the “command” rocket will be launched, which will strike back at the enemy, Leonkov noted. “The emergence of the Perimeter system in the 1980s, at the time of the next round of tensions and aggravation of the Cold War, became an unpleasant surprise for the West, it was then that the system was called Dead Arm,” Alexei Leonkov emphasized.

According to him, in Russia today there is another system that is currently being improved. This is about the SPRN - Warning system for a rocket attack. If the "Perimeter" is a system that is designed to strike back at the enemy as a result of receiving a nuclear strike, the missile defense warning system allows you to strike back, when the enemy's ballistic missiles have not yet reached Russian territory. 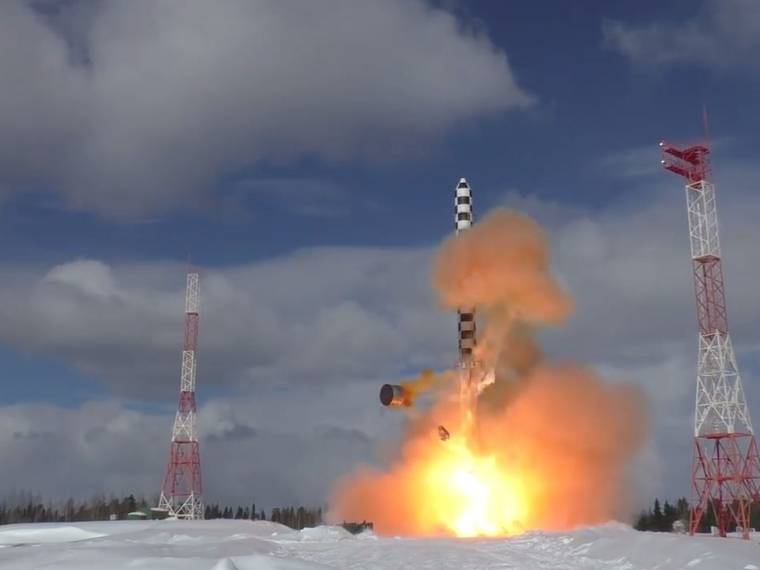 Tests of the new Sarmat ICBM
In our country, experts explained the publication in the British newspaper Daily Star by increasing tensions between Moscow and London around the Scripals case. Probably, the outbreak of scandal forced London to think about the risks of further quarrels with Russia. Alexey Leonkov does not agree with American Professor Blair only that Perimeter is vulnerable to hacker attacks. According to him, the system and all launchers included in such a type of troops as the Strategic Missile Forces have protection against cyber attacks. An external impact on them is completely excluded, the Russian expert believes. “Moreover, the impact of a different nature - electromagnetic radiation or even direct nuclear strike is excluded. The system has the appropriate protection, the country is ready for any variant of the development of events, ”noted Leonkov.

Vladimir Anokhin, a military expert and vice president of the Russian Academy of Geopolitical Problems, commented on the RT channel to the appearance in the British press of the Russian system Perimeter. “The fact is that the“ Perimeter ”system has, relatively speaking, a hundred years. Why she surfaced in the British press right now, I do not know. Most likely, there was a shortage of topics, or there was nothing to blame Moscow for. Therefore, it was decided to create the conditions to indirectly demonstrate once again that Russia is a huge threat to which it is necessary to look closely, and that the “Dead Hand” is one of the systems that is able to destroy the entire world community. This is the only explanation for the fact that the press has surfaced mention of this system. This material is aimed at intimidating citizens. This is an attempt to demonstrate that the Russian Federation is seriously preparing for a nuclear war and has all the possibilities for destruction, ”said Vladimir Anokhin.

Against the background of tension, which literally permeates world politics today, Russia continues to upgrade its nuclear forces. Not so long ago it became known that the newest Russian mine-based missile system, equipped with the Sarmat heavy PC-28 intercontinental ballistic missile, is planned to be put on combat duty in the Uzhur missile division of the Strategic Missile Forces by the year 2021. This was reported to journalists by sources in the Russian military-industrial complex. At the same time, mass production of new ballistic missiles according to plans should begin as early as 2020.