SBU has prevented the hidden federalization of regions. Guess whose plans were "revealed"?

April 3 2018
45
The head of the Security Service of Ukraine Vasyl Gritsak made another "loud" statement. This time, the SBU "revealed and averted" the Kremlin’s plans for "hidden federalization and autonomization" of several Ukrainian regions.


It is, no less than nothing, about disrupting the SBU almost 100 attempts to create "artificial protest actions" that were aimed at "destabilizing the situation in the state in the interests of Russia," the Ukrainian Today newspaper reports. 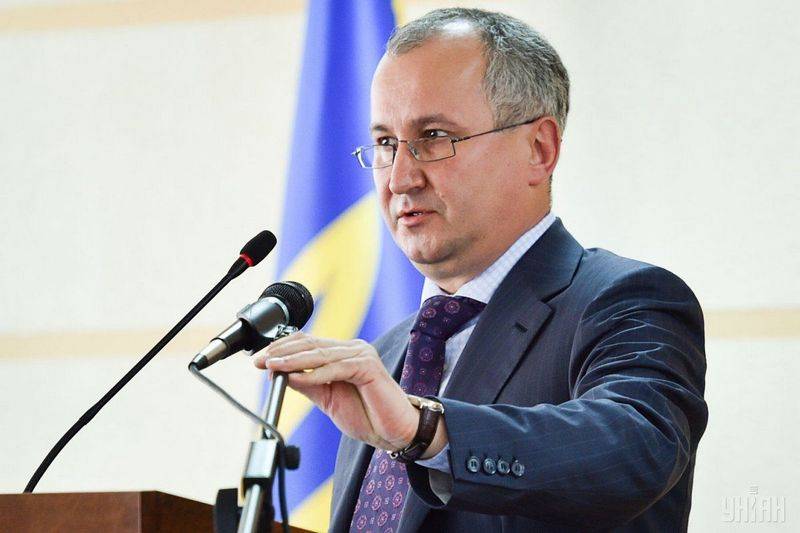 The service has blocked the intentions of the security services of the Russian Federation to carry out the hidden federalization and autonomization of several regions of Ukraine, in particular in the Odessa region
- declared Gritsak.

In addition, the "plans of the Russian special services" to conduct terrorist attacks in the center of Kiev against citizens and politicians are disclosed. Gritsak also claims that interethnic enmity in certain regions of Ukraine is also attempted to kindle "Russian agents."

Recently, we exposed an organized group that, at the direction of the Russian Federation, carried out acts of vandalism against the objects of the national-cultural heritage of national minorities in various regions of Ukraine.
- Said the head of the SBU.

In principle, Mr. Gritsak did not say anything new. From the moment of the armed coup, the Kiev authorities accuse Russia of all misfortunes, and of course “Russian special services” are involved in the next “sabotage”. There is a suspicion that the Ukrainian special services have been given out training manuals with already prepared text, which simply, depending on the accusation, need to enter the right words.