April 4 2018
41
It does not make sense to cite the chronology of the second Boer War in this cycle. Just clarify the main details. A kind of blitzkrieg, which the Boers had counted on, having delivered a preemptive strike on the British, failed. The transfer of fresh forces and technology was in full swing and soon gave Britain superiority over the drills. After a series of victories, the Boers lost the initiative, and at the same time lost both capitals - Pretoria in the Transvaal and Bloemfontein in the Orange State by June 1900-th fell. The war became partisan.


Often it is the guerrilla nature of warfare that the Boers become a stone in the foundation of the reasons for the new inhuman methods, which already have little to do with war, and more to extermination. This miraculously correlates with schizophrenic attempts to justify Nazi raids on villages in the fight against partisans, accusations against Russia of “inadequate use of force”, as well as efforts to shift blame for the Holocaust to the Jews themselves. In my humble opinion, the British were ready for "new methods" long before the Boer partisans. In the previous part, I described in some detail what efforts the British undertook before official hostilities, from the punitive detachments of the cutie Cecil Rhodes and setting black tribes to diligent reduction of the Boers to the status of animals.

Great effect in this regard on the licked British aristocracy produced photos of the Boers. In fact, the unusually brutal bearded boers, cattle farmers, farmers and hunters who could not afford their daily clean collar and cologne liters could not be compared in orderly rows of tin red uniforms (later these dudes changed their color to khaki). Even our volunteer Eugene Augustus described in his memoirs what a nostalgic delight he was when he met Prince Alexei Ganetsky. The prince had just arrived in South Africa to fight against the British, was fresh, stately, in an elegant suit with a well-groomed beard, and this attracted, "having dirty shaggy Boer figures before his eyes." Thus, it was not difficult for the British to turn the Boers into an “untermen”, while Adik was still a snotty 11-year-old boy. 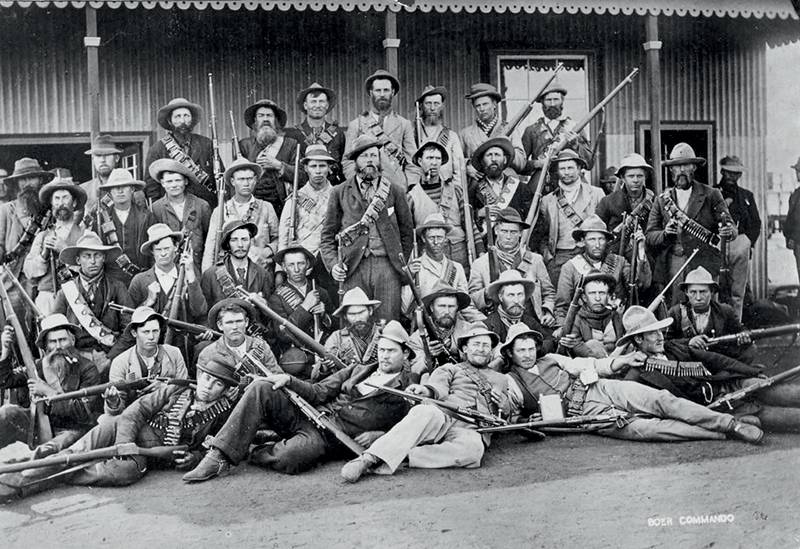 Detachment of the Boer commandos

From the very first days of the war, British “gentlemen” possessing refined manners in the company of London ladies sipping sherry (in fact, this is Spanish sherry, and the true British cuisine and drinks once forced the author's stomach to contract in fear and heartburn - especially marmayte), quickly knocked out knightly principles and laws of honor. In fact, what are the laws of honor in relation to a buffalo or a buffalo? Here Goebbels would give a long ovation.

The first “swallow” of true British Nazism and racism were dumdum bullets, i.e. expansive bullets that can significantly increase in diameter when hit in soft tissue. Such bullets caused severe, extremely painful injuries to the Boers. Despite the fact that the first Hague Conference of the 1899 of the year, gathered at the initiative of the Russian emperor, declared expansive bullets forbidden due to horrendous consequences, Britain, who was present in The Hague, did not intend to comply with the resolutions.

Moreover, the president of Transvaal Kruger openly declared that he would prohibit the use of dumdum bullets that were not prohibited in the hunt, and the Boers would be notable hunters if Britain introduced a similar ban. Officially, the British condemned the dum-dum, but our volunteers testified to the availability of these bullets from the British is not a handicraft modification. Whereas, the Boer warriors themselves cut off the head of the nickel shell, turning ordinary bullets into some semblance of dum-dum, Her Majesty’s soldiers used expansive industrial-made bullets. They arrived at the front in the usual boxes with the standard Rifle Catridges stamp - “these are dumdum cartridges, not with a sawn-off head, but with a shell equipped with four precise longitudinal cuts.” Naturally, soon the Boers themselves began to massively use dumdum bullets, including those captured from the British.

Even those who managed to survive after injuring dum-dum, but did not manage to get off the battlefield in time, did not shine through this damn day. And not because it waited for gangrene, but because the British rarely left wounded prisoners alive. Does a white Anglo-Saxon hunter leave a wounded animal alive?

Even before the concentration camps, the crown was completely satisfied with this situation in Africa. In no way could Britain allow white Africans, for whom the interests of Europe are empty, familiar with the device of the state machine could build their own state on such a rich land. The very fact of the sailing away from the hands of the profits of the ladies drove the haughty Englishmen to mind, not counting the frightening prospects of getting a competitor on the world stage. The tribal squabbles of black Africans in general did not interest Britain. Even now, supposedly independent African countries, divided by a square-nesting way, without taking into account the autochthonousness of the living nations and without any demand at all - whether they want to live together, are torn apart within themselves. Those. pose no danger, except for refugees, and even those most often used by rams by third countries. 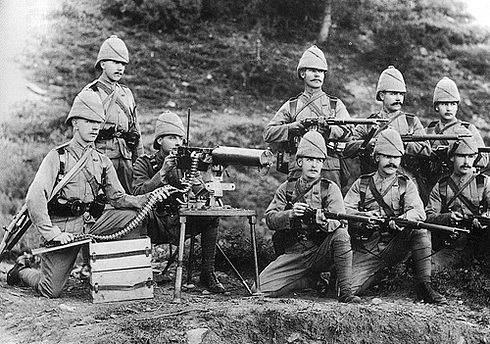 The British, having taken the capitals of independent African republics, were suddenly confronted with an obstinate Boer character. The Boer partisan detachments and special forces, the forerunner of the commandos, fought not by number but by skill. They forced the red uniforms not only to change the color to khaki, but also to stop sipping a cigarette in an open area. It was the Boer snipers who became the reason for saying “the third one is not lighting a cigarette”. Cunning, stealth, knowledge of the terrain and signals of the British Army made the Boer troops a dangerous adversary. Coupled with a sense of their own racial superiority, the British elevated contempt for the Boers to the rank of politician.

The initiator of the relatively new for the world system of blockhouses and camps was the Baron (at the time of this brilliant insight) and General Herbert Kitchener appointed by the commander-in-chief of the British troops in 1900. So when Adolf sputtered saliva in the 1941 year, stating that the concentration camp was not invented in Germany, he was, strangely enough, absolutely right. It was the little Gerbi with famously twisted mustaches and aristocratic manners that flashed behind the British crown behind tens of thousands of Boers in wire-enclosed camps, the very concept of concentration camps (in translation - concentration camps) belongs to them. In general, Baron had driven thousands of people into concentration camps from 160 to 200, without any difference in age and sex, every fifth was tortured by hunger, heat and disease. 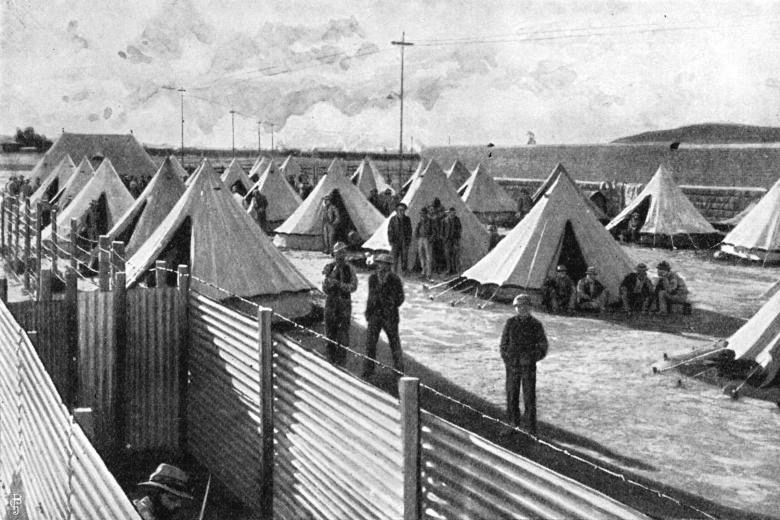 No, of course, there were precedents for the concentration of undesirable in one isolated place and earlier. But the strictly built system of these cannibalistic measures for the disposal of inconvenient people without trial was not. However, some citizens still use such facts as a kind of justification for the British, they say, they are not authors. Allow me, but it’s not an author’s work to rivet an enemy’s skull too, but for some reason every next organizer of such a «action’ is taken for a causal place without fuss and sent to places not so distant ...

The scale of construction of fortified firing points in different parts of the country and near railways (the so-called blockhouses) and concentration camps reached such heights that Britain, with all its arrogance, was forced to shove its pride in one deep place and place an order for barbed wire in Germany .to. their resources were not enough physically. The blockhouses, somewhat detached from the main forces, did not stop firing at women. The British claimed that the Boers often dressed as women. The Boers actually used a disguise and often changed clothes ... to English uniforms in order to get close to the enemy! Especially since the women with a beard of centimeters 20 could not be grabbed, and the burqa was not in honor of the Boers, as you understand. Therefore, such an excuse seems to be the height of cynicism. 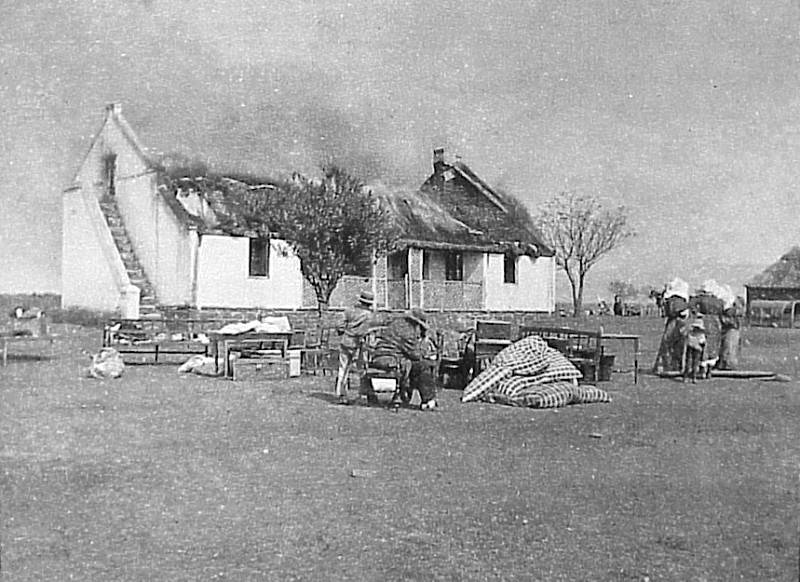 Boer farmers, of course, actively helped the partisans. And then the conclusion is ready, based on the reinforced concrete British logic: to burn helpers to hell. And they began to burn, everywhere, by reason or without it. Agriculture, which is already extremely extreme in such a climate, has fallen into decay. Hunger snapped even by those who were lucky enough to remain outside the concentration camp. At the same time, part of the Boers were not just thrown into the camps, but sent to the same establishments in India and Ceylon.

Of course, there were no gas chambers in the British concentration camps. Yes, it was not required. The cruel treatment of the overseers, up to periodic executions, famine and climate worked just as well, and they didn’t need any expenses. The first news, in addition to widespread rumors, about the real state of affairs in South Africa penetrated into Europe thanks to Emily Hobhaus. Emily was a human rights activist when human rights activists were not yet selling at each corner for a thirty-ruble bundle. 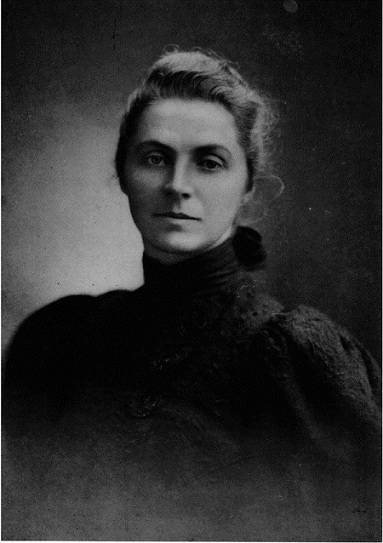 Not far from Bloemfontein there was one of the concentration camps, which was just a tent camp in the middle of a desert area under the scorching sun, surrounded by a thorn. 2000 women and children who were unable to grow anything edible on this soil, and this was permitted in some camps, were slowly dying of hunger. During torrential rains the camp was flooded. It was in this institution visited Madame Hobhaus, deciding to check the disturbing rumors. Emily desperately began to ring all the bells, but it did not help the boers anymore - the year was 1901 outside. 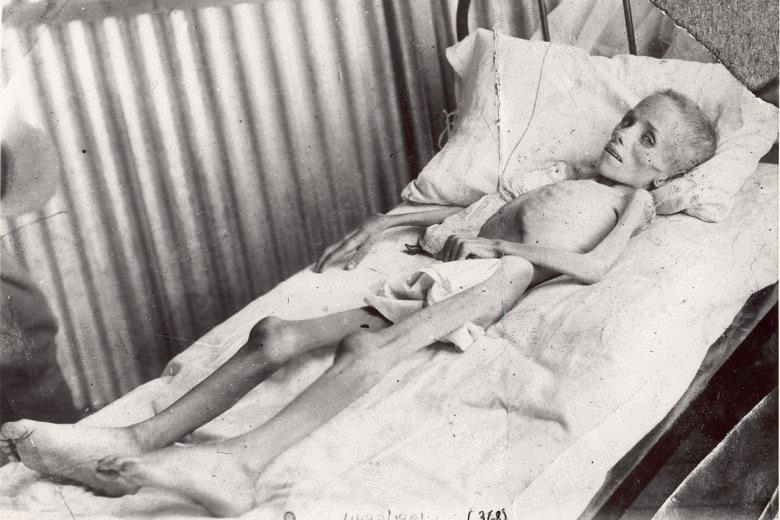 Photo of the Boer girl Lizzy van Tsil, who died in 7 years of age in one of the concentration camps of the British army. Notice that there are no special units, like the SS or the Gestapo, quite ordinary British army

At the same time in Russia, this bell ringing news was not. Already in 1899, the Russian military agent, Lieutenant Colonel Vasily Romeiko-Gurko, became military attache of the Boer troops. And thanks to the efforts of Russian diplomats, the British army, against its own will, was forced to accept an observer from the Russian Empire in the person of Lieutenant Colonel Pavel Stakhovich. Reasonably, not believing any English word, our attaches regularly sent correspondence to Petersburg. For which Stakhovich was awarded the Order of St. Vladimir 4-th degree, and Romeiko-Gurko also a reputation as a robber in the British press. 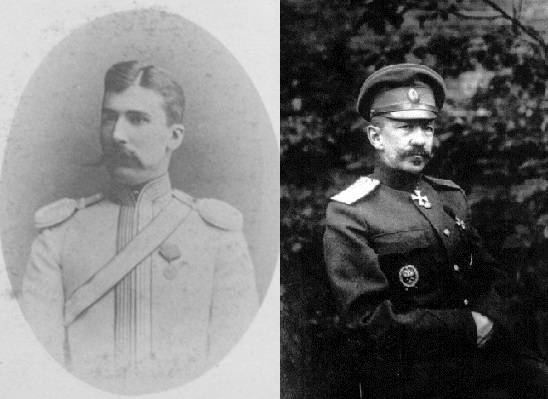 Unfortunately, the official Petersburg never made any big movements. Perhaps for the reason that most European countries, although they sympathized with the Boers, but also inactive. Apparently, they did not want to get a weighty competitor in the face of the developed African republics - a geopolitical clearing, and so was full of toothed players. And the help of some countries in the face of volunteers, such as the Italian Ricardi (Ricciardi), who became famous as a shouting bawler and a frank marauder among his own and others, brought only harm by sowing contempt and squabbling in the ranks of the Boers.

Russian, do not take it for pride, favorably differed in the eyes of the Boers from other volunteers. First, they didn’t want to hear about the benefits. Secondly, they were in no hurry to form their own troops, which in the Boer War were formed by volunteers from almost all countries and were much more concerned about their own comfort. Thirdly, they actively joined the ranks of the Boer commandos.

Ctrl Enter
Noticed oshЫbku Highlight text and press. Ctrl + Enter
We are
How the Second Boer War began. To the 117 anniversary of the outbreak of hostilitiesBoer War
Military Reviewin Yandex News
Military Reviewin Google News
41 comment
Information
Dear reader, to leave comments on the publication, you must sign in.