April 3 2018
22
Soldiers of one of the units of the Pskov airborne unit arrived on Tuesday in the city of Brest to participate in joint Belarusian-Russian tactical exercises with airborne landing, according to the Department of Information and Mass Communications of the Ministry of Defense of the Russian Federation. 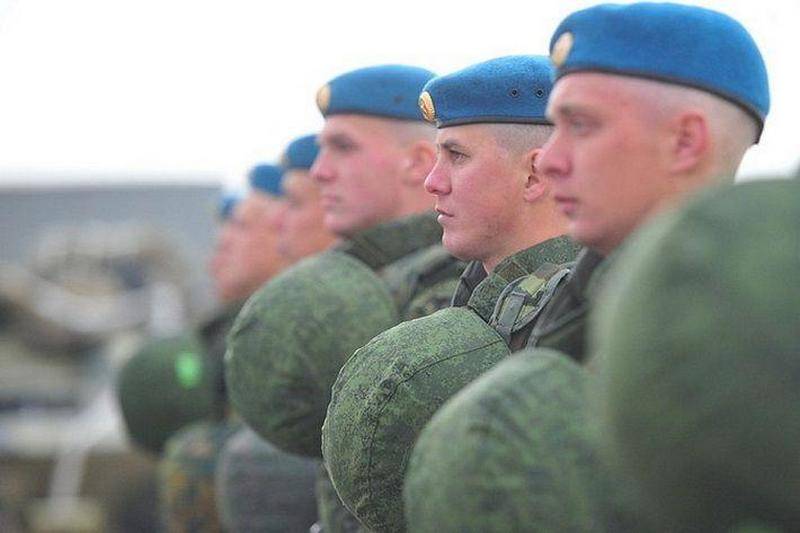 The main phase of the exercise will be held at the Brest training ground on the basis of a separate airborne assault brigade of the Special Operations Forces of the Armed Forces of the Republic of Belarus from 10 to 12 in April
- said in a statement.

A contingent from the 76 of the Guards Air Assault Division of the Airborne Forces of Russia is already in Brest. In the exercises, Belarus will present the 38 division of the separate Guards air assault brigade of the Special Operations Forces of the Armed Forces of the Republic of Belarus.

In the course of the exercise, paratroopers from Russia and Belarus will work out joint actions to block and destroy the sabotage and reconnaissance groups of the conditional enemy and detachments of illegal armed groups.

For the Airborne Forces, these will be the first joint tactical exercises in the 2018 year, conducted outside the Russian Federation.

Ctrl Enter
Noticed oshЫbku Highlight text and press. Ctrl + Enter
We are
The nuclear industry of Russia is waiting for “Breakthrough”Sudden verification of the combat readiness of the Northern Fleet, ZVO and Airborne Troops
Military Reviewin Yandex News
Military Reviewin Google News
22 comments
Information
Dear reader, to leave comments on the publication, you must sign in.