LaGG-3: across "expert" opinions and legends 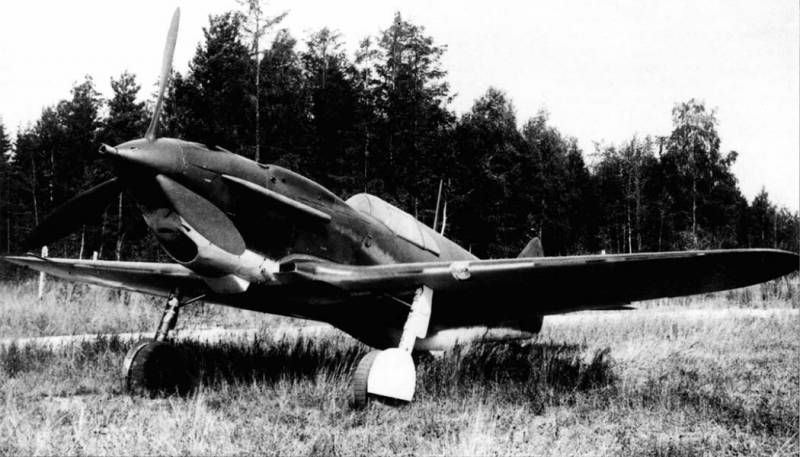 Reading a lot of what appears in the vast expanses of the network about the military equipment of the past, made a funny conclusion. People can not think and reason - this time. And two - I understood why the idea of ​​“corpses was dumped” is so tenacious.

Indeed, the flourishing and development of the Internet was at the peak of anti-Sovietism. And the network dumped thousands of tons of frank inforderma. And piled up, which is typical.

And today, if someone suddenly decided that it was time for him to become an “iksperd” and start dumping his opinion on one or another occasion, there is nothing easier. Skopipastil someone rewrote, added a couple of photos - and voila!

The problem is that the network is basically what? Yeah, that's what I said above.

A vivid example. I recently came across as many as three “studies” about the LaGG-3 aircraft. As a blueprint: "varnished guaranteed coffin" and so on. According to the texts of the sample 90-x.

And let's try to speculate seriously. Not using the "izinternet" creations and speculation, but simply applying logic.

So, on October 10, 1940 of the year was issued a decision of the Council of People's Commissars on adopting and launching the MiG-1, Yak-1 and LaGG-3 aircraft into mass production.

We used to perceive this fact as a given. Well, they decided to launch three fighters in the series, and decided.

And the question “why?” Is extremely rare and even less often there are attempts to understand this question and answer it.

First Deputy NCAP Alexander Yakovlev not only was not an idiot, he was still a talented aircraft designer.

Smart people know that the proximity of Yakovlev to Stalin did not guarantee a carefree work and the provision of a welfare regime to his beloved. On the contrary, people flew there as if from a cannon, people were more abruptly, and not always to Kolyma. An example is the same Shahurin.

Why do I put so many big letters? Indeed, many “iksperdov” simply can not understand why. Another thing is that they do not need it. The main thing is to turn up the volume, that “the Yak was good, but the MiG and LaGG were not.” And we catch likes.

In fact, the same Alexander Yakovlev carefully covered all of Germany, swelled there with Tank, Messerschmitt and others, pledged with Hitler. And all for what? And all for the purchase of German aircraft. So by 1940, we had a good idea of ​​who we would have to fight with.

And three different planes are a manifestation of the mind.

Yakovlev and the company worked really well. What Germany already had and was in service, and what was planned was well researched and analyzed.

Excellent speed at high altitudes, good weapons. Yes Yes exactly. MiG had a very good weapon. THREE machine guns BS (12,7 mm) and two ShKAS. And the interceptor had to work precisely at the height where the bombers would go. And the three large-caliber machine guns at the beginning of the war were more than enough to pick open any bomber.

Actually, here it is appropriate to recall the memoirs of Alexander Pokryshkin. He was very pleased with the MiG. I flew. Knocked down. And the complaints began when? That's right, when the wing BS removed. And the 1X12,7-mm BS and 2X7,62-mm ShKAS remained. And yet, shooting down abruptly ended, because it is not enough for the same "Heinkel-111".

Found, by the way, photos of these machine guns. Here is what the "real" MiG-3 looked like. That's why Pokryshkin rebelled: 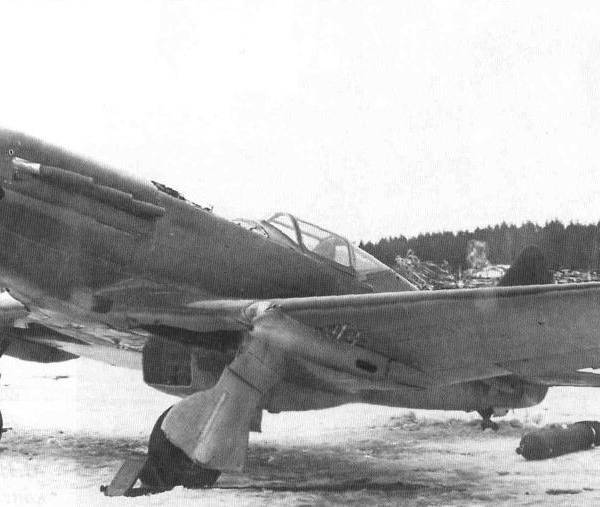 And it is clear that at low altitudes MiGs were “irons”. This is yes. Nevertheless, the clever man Pokryshkin on the Aerocabra, which was very similar in character to the MiG-3, fought in the same way as at the beginning of the war (with modifications, of course), and very much succeeded.

And, by the way, it’s not the fault of Mikoyan and Gurevich that the planes against which the MiG was intended did not go into the series. Non-177, Non-274, Ju-89 and others. 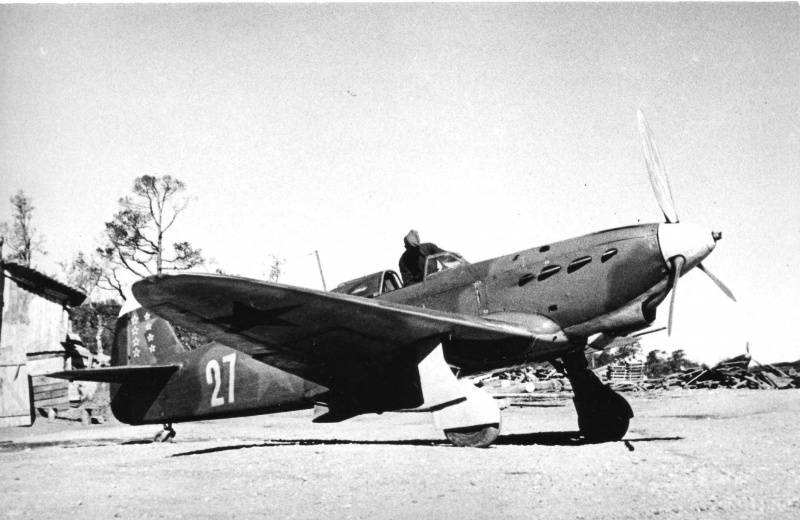 You can talk about Yaks for a long time, but I will try to be shorter. Fighter maneuver combat. Easy, fast and so on. Speed-maneuver-fire.

Alas, not everything turned out well with them either. But the fault is a common misfortune: in the USSR, aircraft were built under the engines. Alas. And the engines, which are licensed copies of not the best imported engines (who would give us the best copy!), Are not, say, a strong side of our industry.

Nevertheless, all the planes flew on the Klimov engines, into which they could be thrust. But our engines lost the German race completely, since the Messerschmitts always had the 100-150 HP. advantages. With all that it implies. 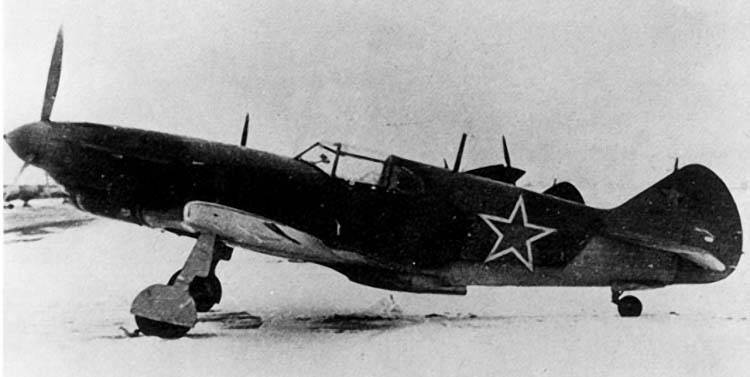 Ambiguous, but true. The fighter was really heavy, comparable in mass to the MiG-3, but on the engine it was the Yak-1. Waiting for high speeds from this plane could only inveterate optimist.

Now the “Xperds” howl: they say, what kind of crap they put into service, the pilots died on it, the “Messers” that they wanted, they did it.

Look above. Where about idiots written.

What turns out, Shakhurin, Yakovlev, Gudkov, Lavochkin, Gorbunov gash the devil knows what, and no one sat down? Lavrenty Pavlovich went on vacation? So kind of war ...

It's simple. For the gentlemen of "Iksperdov" difficult, but for a normal person is simple.

LaGG passed ALL stages of state tests. Which then, I note, for the loot did not pass. And was put into service because of its performance characteristics fully fit the taskswho pinned him in the Air Force.

Gorbunov, as the leading designer of bribes, did not charge Yakovlev or Shakhurin for the plane. Nobody in neighbors hurried to Petlyakov and Tupolev.

And LaGG was conceived as a heavy fighter not by its mass. By arms 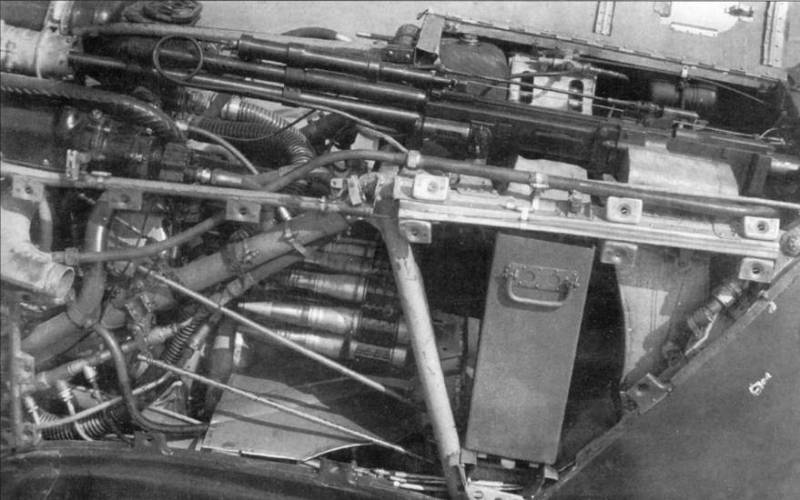 In general, I do not quite understand how the engine technicians served there. Wherever you go, either a machine gun or cartridges.

On the wings, then the guides for the PC or the bomb hangers were installed. 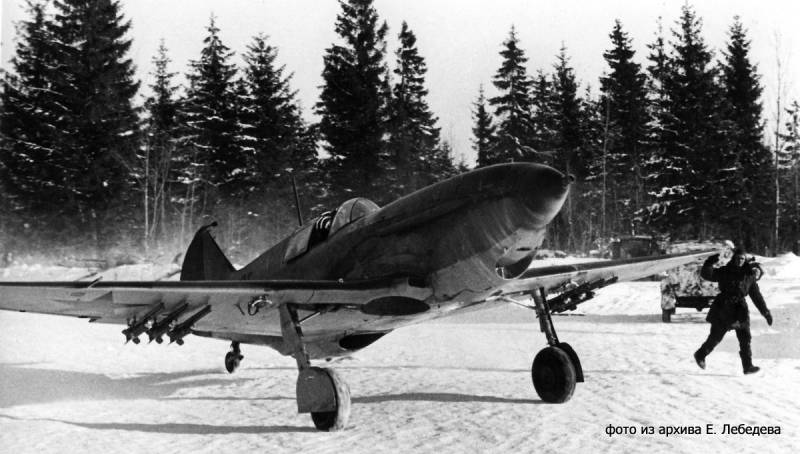 So LaGG was a powerful weapon in capable hands. Crush the bomber? Sure, not a problem. Scroll through a weakly protected object? Wrap the two.

And the main advantage: unlike Yak and MiG, it did not burn. Delta wood didn't know how. And was very durable. This is the first Soviet fighter into which the HC-37 37-mm cannon was thrown. And whose, I note, the glider did not crack, like the Yak, from the shot of this monster.

Against enemy fighters was bad. Yes, it is a fact. But it was assumed the presence of Jacob, which will connect the enemy fighters in a maneuverable battle, and LaGGi will chop bombers into small pieces.

By the way, this tactic was drawn after 1943 of the year in our Air Force. Only instead of the LaGGs there were “Aerocobras” and “Lavochkins”.

So ruined LaGG is not stupid. More precisely, nonsense, but not where "Iksperdy" usually indicate.

Ruined the weak engine and the complete inability to "dig up" somewhere new? No! As soon as Gudkov’s experiments with his Gu-82 and Lavochkin with La-5 on the installation of the ASG-3 engine on the LaGG-82 glider (the progenitor of the American Wright R-1820-F3) were completed, the plane appeared for fear of the enemies .

And - misuse. It is clear that 22.06 had to play by completely different rules, but this is a completely different matter. The fact is that instead of fighting with the bombers, LaGGi began to send "cover infantry" (it was such idiocy), storm the front edge of the defense, bomb the bridges by day and so on.

And in the air defense of Moscow, Leningrad, and in general as an air defense fighter LaGG-3 went very well. Especially the "five-pack", with an increased stock of fuel. And as a night fighter, too, was completely. A very long time could be in the air, a useful quality. 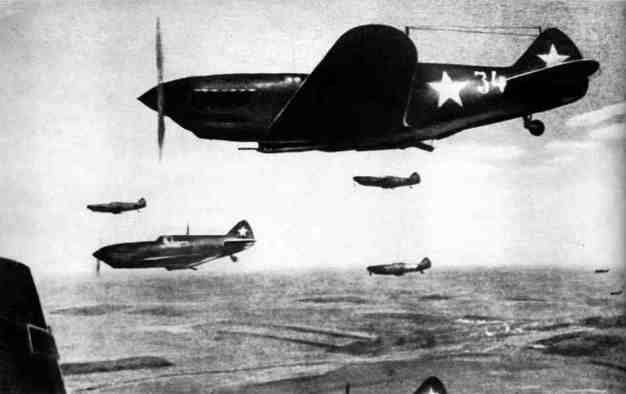 The main problem in the Red Army, in general, for that time was the rule "die, but do it." It did more harm than weak Soviet engines.

When Alexander Pokryshkin on the MiG-3 is flying around on a reconnaissance tank to look for intelligence, this is nonsense. Nikolai Skomorokhov on LaGG-3, covering the infantry - from the same opera.

Even the Mosin rifle in different situations can be used in different ways. And depending on how you approach the use, there will be either a miracle weapon or a drun-club at the exit.

With airplanes the same. 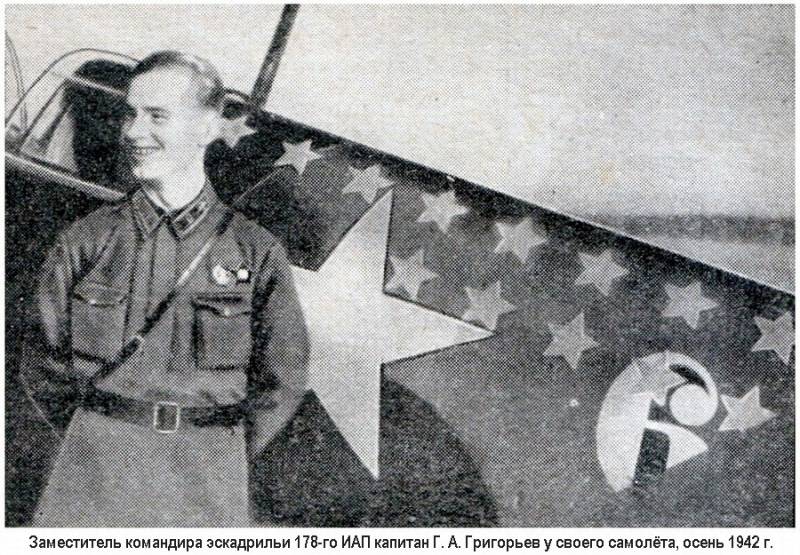 Our pilots learned how to work with their heads, think, analyze and build combat in their minds. Expensive, but learned. "Iksperdy" while this function is mostly not mastered. Yes, they do not need it. Ctrl + C and Ctrl + V work, yes and good.

By the way, another tire from TB-3 in the garden "Iksperdam". Well, at least one led, from where the nicknames LaGG-3 come from. Like, folk art. But in fact, the “widely known” nicknames of the aircraft “Lacquered Guaranteed Coffin” or “Flying Aviation Guaranteed Coffin” were not used during the war.

They appeared after the release of one little book in the 90-x, where Lavochkin mud watered. Dreamed of her little man, absolutely no relation to aviation. But with connections in one of our publishing houses Pravdorubsky. That's where they appeared. In short, from afar, and forget about them.

In fact, in the end I want to say only one thing. LaGG-3 was a very thoughtful and competent aircraft. The country had problems with aviation aluminum. Therefore delta wood. Unlike the Yak and MiG, where they even managed without it. Yes, it was hard. But if Gudkov had been given the opportunity to experiment freely with ASH-82, the plane would have been ready even earlier. In 1942 year. Not the fact that he would have been better La 5, but a year earlier.

And the main thing - the question of application. "Air Cobra" in the States was also considered to be a complete sludge ...

LaGG-3 had to be applied in accordance with the developed concept. Alas, did not work. But to argue that “out of stupidity”, they put an armament for anything worthless and put it into battle — that is also nonsense.

There were a lot of fools back then, and there are a lot of them now, but the plane was good. For their tasks. Not great, but good. How to approach the issue of these tasks ...

And the fact that LaGG-3 has become a platform for creating La-5 is its only plus, which is also nonsense. If it was a bad plane, they would have sent him to a landfill, and Lavochkin, Gudkov and Gorbunov would not rush to work on it. They as designers believed in their offspring. Knew that will fly.

Or what, in addition to Stalin, Shakhurin, Yakovlev, and also Lavochkin, Gudkov and Gorbunov, we will write idiots?

Sorry if illiberal happened! And how then did the country of fools under the command of idiots win the war?

Ctrl Enter
Noticed oshЫbku Highlight text and press. Ctrl + Enter
We are
Reports from the militia of New Russia for 27-28 September 2014 of the yearResults of the week. "Well, do not change me because of every idiot!"
Military Reviewin Yandex News
Military Reviewin Google News
337 comments
Information
Dear reader, to leave comments on the publication, you must sign in.