“Tehmash” presented shells for the Grad MLRS in Yerevan 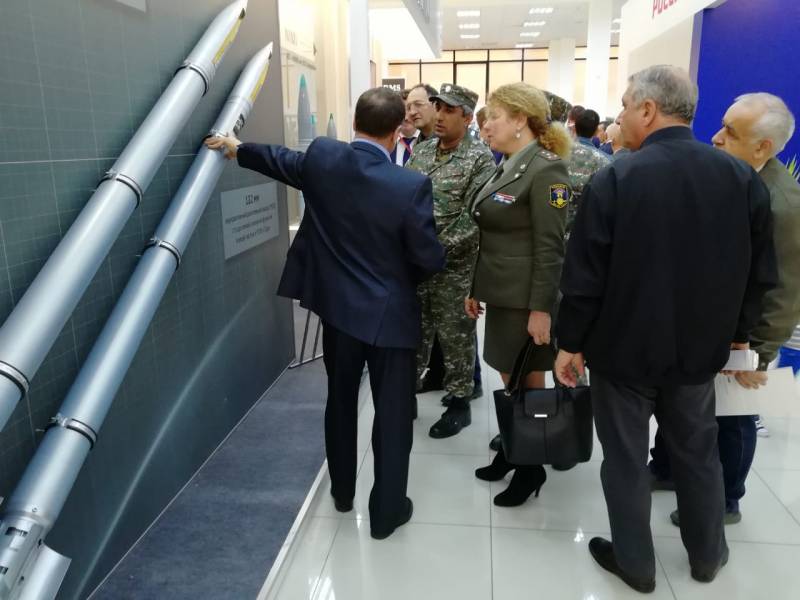 Among the products are the uncontrolled high-explosive fragmentation projectile 9М521 of the Grad complex manufactured by NPO Splav.

As explained in the concern, “ammunition with the head of increased power is designed to destroy unarmored vehicles and armored personnel carriers in the areas of their concentration, artillery and mortar batteries, command posts and other targets.” The maximum firing range is 40 kilometers, the temperature range of application is from minus 50 to plus 50 degrees Celsius.

Also, Techmash introduced tank A 125-mm round (3VBM17) with an armor-piercing projectile. It is reported that "the ammunition is intended for firing at modernized modernized tanks that have combined protection."

The international exhibition of weapons and defense technologies "ArmHiTec-2018" was held in Yerevan from 29 to March 31.

Ctrl Enter
Noticed oshЫbku Highlight text and press. Ctrl + Enter
We are
Developments in the field of automatic guns and ammunition
Military Reviewin Yandex News
Military Reviewin Google News
13 comments
Information
Dear reader, to leave comments on the publication, you must sign in.