Another seizure of the temple in Ukraine. The militants of the natsbat did not spare the parishioners

April 3 2018
28
Militants of the extremist battalions "Azov" and "Aydar" (banned in the Russian Federation) attacked the church of the Ukrainian Orthodox Church of the Moscow Patriarchate in the Rivne region. Holy Dormition Church, captured by the radicals, is located in the village of Pticha (Birds). This became known from messages Rivne Diocese of the UOC-MP:
Temple in s. Bird captured supporters of the Kiev Patriarchate.


We are sad to announce that after the information on the official removal of the arrest from the Holy Dormition Church in the village of Ptichya, Dubensky district, appeared in the evening of April 2, supporters of the Kiev Patriarchate seized the temple by force.

Believers of the UOC under the gun were forced to leave the temple.

At 23: 50, cars with “Aydar” (*) and “Azov” (*) fighters arrived at the temple and with their help, schismatics expelled representatives of the UOC Church community in a matter of minutes, threatening weapons. Parishioners call the event just as an act of terrorism. There are two police squads on duty at the temple, but they do not interfere in the events. 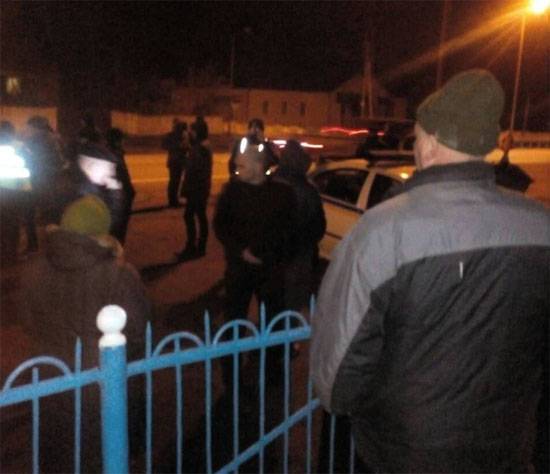 As you can see, the parishioners at night tried to do everything to defend the temple.

Vladimir Legoyda, Chairman of the Public Relations Department of the Moscow Patriarchate, commenting on the seizure of the church in Ukraine, called the incident a surge of irrational hatred of the radicals.

It should be noted that the Holy Dormition Church in the village of Ptichya was attacked by Ukrainian radicals more than once since 2015. Militants beat parishioners, sprayed pepper gas in the temple, threatened weapons to the priests.
Ctrl Enter
Noticed oshЫbku Highlight text and press. Ctrl + Enter
We are
Overcoming the split of the UOC. “Repentance” of Filaret, or Where to Wait for Betrayal
Military Reviewin Yandex News
Military Reviewin Google News
28 comments
Information
Dear reader, to leave comments on the publication, you must sign in.