Navy to begin the formation of replaceable crews

April 3 2018
10
This year, the Russian Navy will begin the formation of replaceable crews, which, if necessary, will be sent to ships serving in the distant sea and ocean zone, the newspaper reports News. 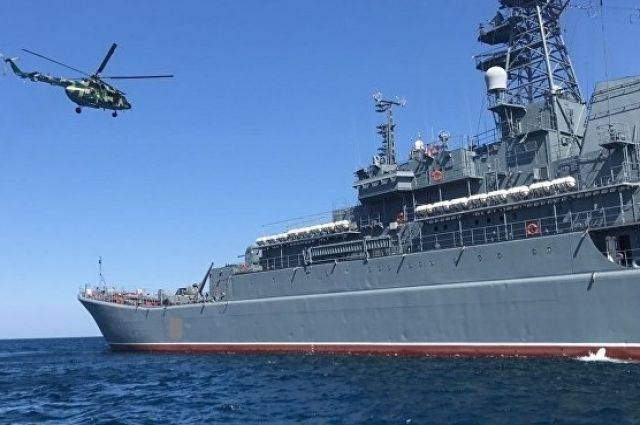 It is planned that on each navy one reserve crew will be created.

According to the military, the innovation is connected with the complexity of the tasks facing the Navy: “the Russian fleet is returning to the World Ocean”. Seafarers have to perform multi-month campaigns in order to demonstrate the flag, "while due to the objective shortage of surface ships of the main classes, the task is to ensure the almost continuous operation of the existing equipment." And attracting reserve crews will allow sailors to give rest.

According to the naval expert Dmitry Boltenkov, today many surface ships, for example, amphibious assault ships, can be at sea for up to a year, and this is a very large load on sailors. Therefore, the idea to create a backup crew.

Six months served - and in the plane, on rest to families. And reservists carry out the task further. Thus it is possible to ensure the continuous operation of ships. That is what submariners have always done. We have one or two more submarines in each submarine division,
said the expert.

It is assumed that most of the year reservists will undergo intensive training ashore using simulators. In addition, it is planned to train some reserve combat crews on ships in duplicate mode - in turn with full-time specialists.

Photos used:
Press Service of the Border Department of the Federal Security Service of Russia

Ctrl Enter
Noticed oshЫbku Highlight text and press. Ctrl + Enter
We are
The fleet's long arm: the future of the ships of the ocean zone
Military Reviewin Yandex News
Military Reviewin Google News
10 comments
Information
Dear reader, to leave comments on the publication, you must sign in.