Syrian "partisans" fired at an American base

April 2 2018
75
Members of the Syrian Resistance group, loyal to the Syrian authorities, reported on Monday that they had fired on a US military base in the Rakka province in northern Syria. According to the statement, on the night of Monday, members of the group fired mortar shells against the territory of the US 92 Brigade base, located near the settlement of Ayn Issa in the suburb of Raqqa. 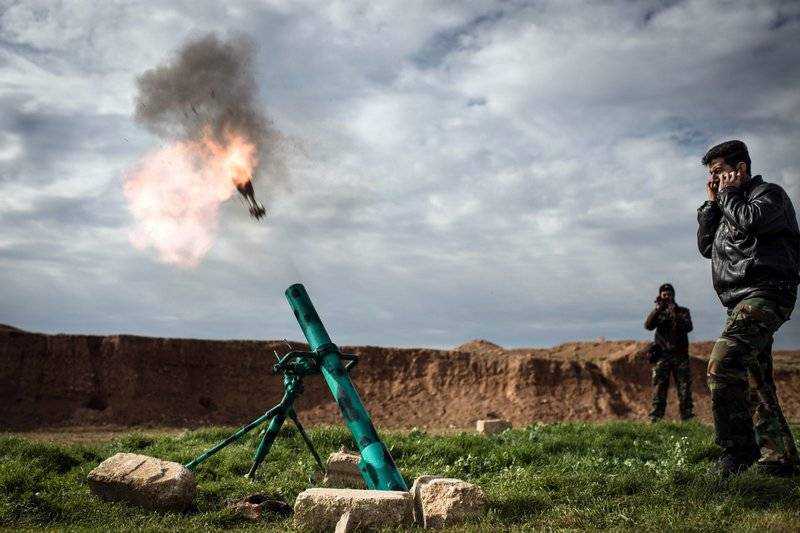 This is the first grouping operation. NSS also said they would continue the fight against Kurdish Syrian Democratic Forces and American forces in the region. The ultimate goal declared by the NSS is the complete expulsion of the VTS and US troops from Syria
- reports the Telegram-channel Directorate 4, dealing with the review of terrorist activities

Information about the dead or injured was not received.

Terrorists seized Raqqa in 2013, since it has been considered the unofficial capital of the Islamic State (IG, banned in Russia). The liberation of Raqqi was considered one of the main goals of the international antiterrorist coalition led by the United States, leading military operations against extremists in Iraq and Syria. October 17 Arab-Kurdish detachments of the "Syrian Democratic Forces" (DSS) completely cleared the city of militants.