April 2 2018
43
The British Defense Ministry has officially announced the resumption of participation in the Boxer MIV BTR development program (Boxer mechanized infantry vehicle), reports Warspot, citing the portal ukdefencejournal.org.uk, from which the British left for 2003 to develop domestic combat vehicles. 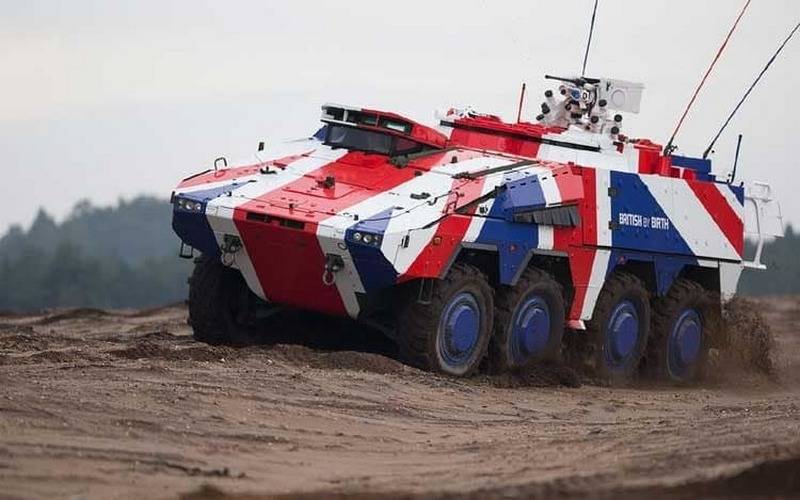 Thus, the British plan to quickly launch the production of new armored personnel carriers and get the first vehicles for service in 2023. At the same time, the British intend to bring the localization of the “domestic” “Boxers” to 60%. The need for the British army in new armored personnel carriers is about 500 units. At the same time, the military department intends to spend on their purchase about £ 2 billion.

The Boxer is a multipurpose armored personnel carrier with 8 × 8 wheel formula. This German-Dutch development has a modular design that allows it to carry various weapons, including automatic guns and anti-tank missiles. In addition, based on the Boxer, mobile command posts, armored medical vehicles, etc. Due to the additional composite armor, the BTR Boxer is considered one of the most secure machines in its class. With a full combat load, the armored personnel carrier weighs 36,5 t and is capable of speeds up to 103 km / h.