April 2 2018
29
Ukraine is ready to exchange 20 Russians in Ukrainian prisons for Ukrainian prisoners in the Russian Federation, said a Ukrainian representative in the humanitarian subgroup of the tripartite Donbass contact group Irina Gerashchenko. 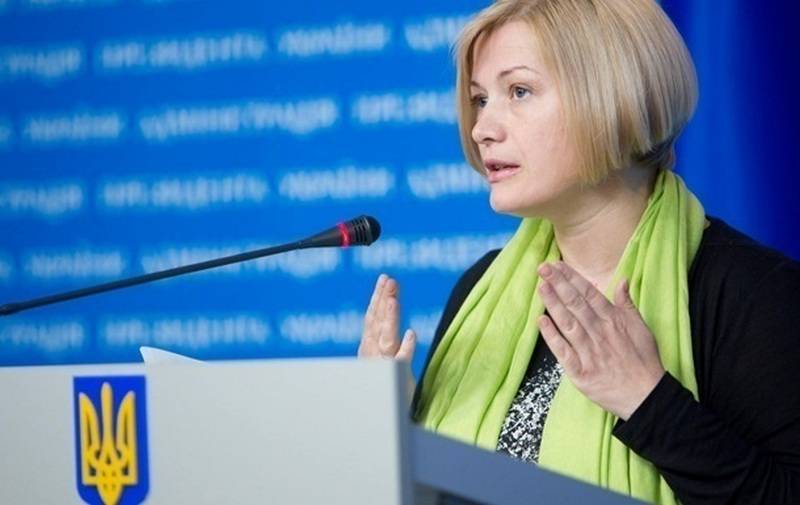 The Ukrainian side is ready to hand over 20 to Russians who are being held in Ukrainian prisons for violating Ukrainian legislation and participating in the war in order to free Sentsov, Kolchenko and our other prisoners.
- cites her words the publication "Ukrainian news».

The President of Ukraine Poroshenko spoke earlier about the readiness to exchange convicted Russians. He stated that he had ordered the resumption of negotiations on the exchange of Oleg Sentsov, Alexander Kolchenko, Stanislav Klykh and Nikolai Karpyuk.

As previously reported by the press secretary of the head of the Russian state, Dmitry Peskov, Ukrainians convicted under Russian law and serving sentences are not prisoners, final decisions on them are made at the highest level.

Ctrl Enter
Noticed oshЫbku Highlight text and press. Ctrl + Enter
We are
Kiev confirmed readiness for the exchange of prisoners according to the formula "309 to 87"
Military Reviewin Yandex News
Military Reviewin Google News
29 comments
Information
Dear reader, to leave comments on the publication, you must sign in.