April 3 2018
46
At present, the domestic defense industry is developing several prospective small-radius anti-aircraft systems for certain types of troops. Systems on different chassis are offered, using different means of destruction, etc. At the very end of March, defense complex enterprises told about their recent successes in the development of promising anti-aircraft complexes.


30 in March, the press service of Rostec State Corporation published data on the activities of the High-Precision Complexes Holding, which is part of the latter. The report indicated the main results of the holding's activities in the past 2017 year. Key financial indicators, successes and achievements were indicated. Among other things, the press release touched upon the development, testing and adoption of completely new models of military equipment. 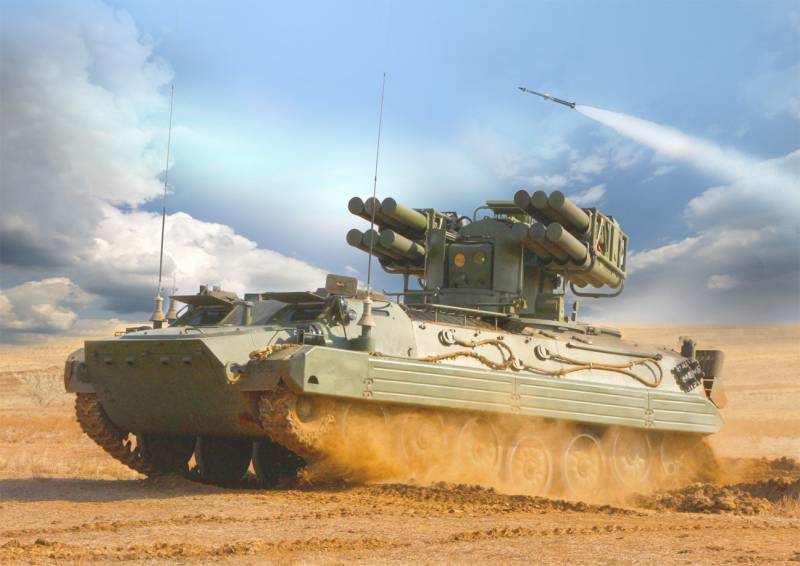 Reportedly, in 2017, state tests of the latest Bagulnik anti-aircraft missile system were completed. Tests are recognized as successful, which opens the way for the complex troops. The next event in the “biography” of the promising air defense system, as the press service of Rostec writes, is now being adopted.

Unfortunately, reports on the completion of state tests were not accompanied by any new technical details. but news about passing checks are interesting in and of themselves. In addition, certain information about “Ledum” appeared before, and therefore new messages complement the emerging picture.

Also 30 March, there were news about the progress of another project being developed in order to increase the potential of military air defense. This is an anti-aircraft artillery complex ZAK-57 "Derivation-Air Defense", created in the Central Research Institute "Burevestnik" (part of the research and production corporation "Uralvagonzavod"). Georgy Zakamennykh, General Director of the Institute, spoke about the progress of work, recent successes and the expectations of the authors of the project.

According to the director general of the Petrel Research Institute, the first prototype of the newest anti-aircraft complex has been built so far. Now he is at the stage of preliminary tests. Clarifies that the main weapons A promising combat vehicle is the 57-mm automatic cannon. Such weapons will give it certain advantages and will allow to solve a wide range of combat missions. First of all, ZAK-57 is designed to attack aerial targets, but its effective use on ground targets is not precluded.

This time, the official representative of the developer organization also did not disclose the technical details of the promising project. However, some information about domestic developments in the field of artillery caliber 57 mm was repeatedly announced in the recent past, and now some assumptions or conclusions can be made.

"Bagulnik" is ready for adoption

According to known data, in the composition of the holding company “High-precision complexes”, the design of the “Bagulnik” project is being carried out by the Design Bureau of Exact Machine-Building named after A.E. Nudelman. This company has extensive experience in the development of anti-aircraft missile systems, and therefore he was entrusted with the creation of a new system. The goal of the project is to create an air defense missile system similar to some existing combat vehicles, but having noticeable advantages over them. First of all, it was necessary to get a gain in range and reach in height. 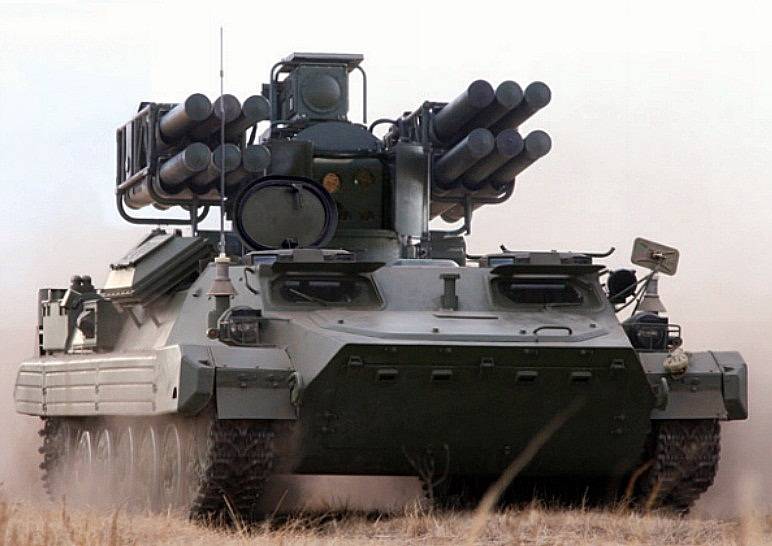 "Ledum" at the site. Photo Rbase.new-factoria.ru

In different sources, it was previously indicated that the Bagulnik air defense missile system was a deeply modernized version of the Strela-10М3 complex. The task of improving the basic characteristics will be solved with the help of a number of new devices and instruments. The complex must use the new shooting module with the designation 9П337. The name “Ledum” was originally related to it. A new guided missile 9М340 was also developed. The new equipment was designed to increase the area of ​​responsibility of the air defense system, as well as to improve the main technical characteristics.

It is known that the Bagulnik complex uses only optical-electronic systems for monitoring the air situation, searching for and tracking targets; radar in the project is not provided. The shooting module is equipped with a "classic" set in the form of a video camera, a thermal imager and a laser rangefinder. With the help of such equipment, the air defense system will be able to find targets and prepare for the launch of rockets. The maximum target detection range depends on a number of factors and can reach 25-30 km - significantly more than the missile launch range.

9М340 guided missiles are based on some already proven ideas and solutions, but they have certain advantages over older types of weapons. The missile is guided by a laser beam received by devices in its tail section. According to various sources, the missiles of the new model will be able to hit air targets at ranges up to 10 km and altitudes up to 5 km. The maximum speed of the target is at the level of 900 km / h, which allows the “Bagulnik” to deal with aircraft of different classes.

The first information about the work with the code "Bagulnik" appeared in the second half of the last decade. Subsequently, a project with this name was mentioned several times in different contexts, and not so long ago it became known about the tests of a prototype. At the same time, from a certain time, the name “Ledum” was attributed only to the firing module, while the whole complex was generally called “Pine”.

The first experimental "Pine" with the module "Bagulnik" was built and presented to a narrow circle of specialists back in 2013 year. A year later, preliminary tests took place. Subsequent inspections and refinement took a few more years. In the middle of last year, the complex was released for state trials. Then it was claimed that the last stage of inspections will end in the 2018 year. According to the latest official reports, state tests were carried out back in 2017. Thanks to this, now the industry and the Ministry of Defense can decide on the adoption of equipment for armament, the deployment of mass production and the beginning of deliveries to the troops.

It should be noted that information on the existence of a prototype of the anti-aircraft artillery complex "Derivation-Air Defense" is not new. Back in January, the Petrel Research Institute for the first time showed such a machine, which at that time was located in one of the company's workshops. After that, it was worth waiting for news about the start of tests. As the head of the Institute pointed out a few days ago, now an experienced self-propelled gun is on preliminary tests. 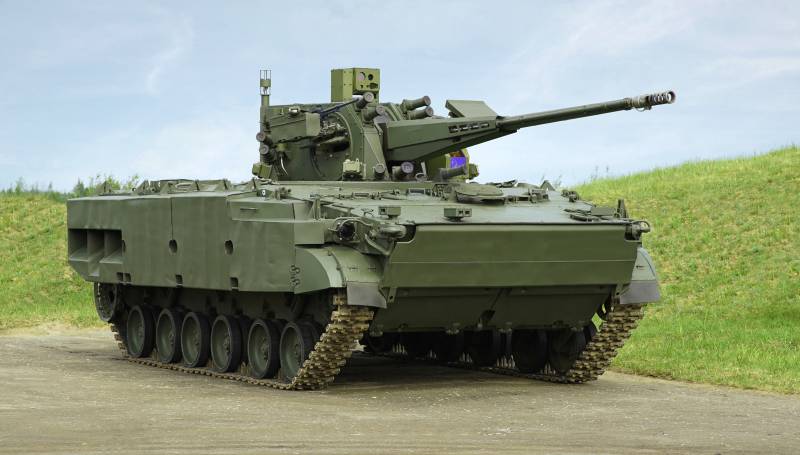 The project “Derivation-Air Defense” is one of the representatives of a fairly large family of equipment currently being developed with the aim of significantly increasing the firepower of the ground forces. The essence of this family lies in the use of the combat module, equipped with an automatic gun caliber 57 mm. Surpassing the standard for the current combat vehicles small-caliber guns on the main indicators, such a gun is able to give its carrier a unique combat capabilities. At the same time, the module with the 57-mm submachine gun can be used for solving various tasks: it has already been mounted on an infantry fighting vehicle, armored personnel carrier, etc.

Last summer, during the Army-2017 military-technical forum, the Main Rocket and Artillery Directorate and the Burevestnik Central Research Institute announced a new project called Derivation-Air Defense, called 2-38. A little later, another designation became known - ZAK-57. This project involves the use of 57-mm guns as a means of air defense. At the same time, from the point of view of the main features of the new combat vehicle, it differs insignificantly from other equipment of a similar appearance.

The 2C38 project provides for the use of the BMP-3 infantry fighting vehicle chassis, on which the modified AU-220М “Baikal” combat module with an automatic 57 caliber mm gun is mounted. The module should receive optical-electronic means and a fire control system optimized for solving air defense tasks. Detection and tracking of targets is proposed to be carried out using an optical-electronic system with day and night channels, as well as with a laser rangefinder.

Earlier it was claimed that the applied optics would allow finding full-size airplanes and helicopters at distances of at least 6-6,5 km and immediately open fire on them. For small unmanned aerial vehicles, the maximum detection range is limited to 500-700 m. The effective range of the fire on the aerial target was determined in 6 km, height - to 4,5 km. The maximum target speed is 500 m / s. If necessary, “Derivation-Air Defense” will be able to fire not only on aircraft or helicopters, but also on ground-based equipment or stationary objects. As the authors of recent projects have repeatedly emphasized, the 57-mm gun ensures the defeat of any modern light and medium armored vehicles.

In late January, it became clear that the Petrel Research Center, in cooperation with other organizations of the domestic defense industry, completed the construction of the 2C38 Derivation-Air Defense experimental vehicle and the 9Т260 transport and charging system designed for its maintenance. Thus, the beginning of the test was only a matter of time. According to recent official statements, preliminary tests have already begun. At the same time, the deadlines for completing ongoing inspections or the entire complex of tests, including state tests, have not yet been specified.

Both new models of anti-aircraft systems, which defense industry enterprises told at the end of March, are being developed in the interests of military air defense. At the armament of such units at the present time there are complexes of different classes and types, both quite old and modern. In the foreseeable future, their vehicles will be replenished with completely new samples. 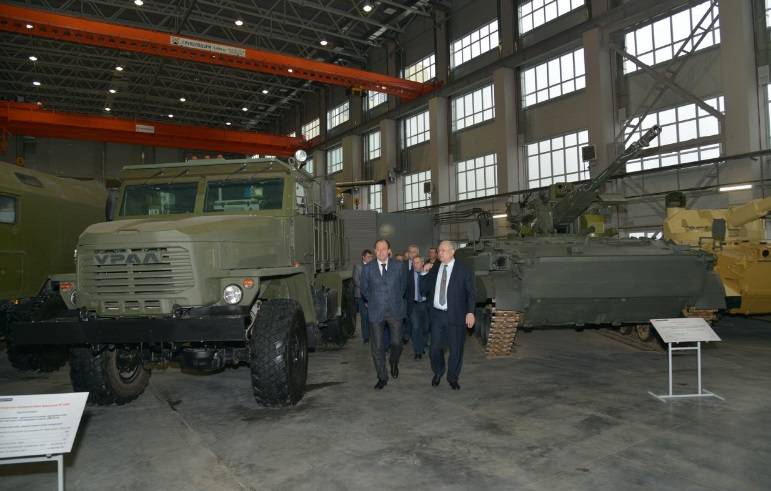 As follows from the previously announced information, the project “Bagulnik” / “Pine” is intended to replace the aging samples of the air defense system on self-propelled chassis. It uses already tested ideas and solutions, but they are implemented using modern component base and relevant technologies. Ultimately, this allows you to improve the basic technical characteristics of the missiles and the combat qualities of the complex as a whole. The gradual replacement of the relatively old systems of the Strela-10 family with the new “Ledum Eggs” will increase the combat potential of the military air defense system in the fight against actual threats.

Currently, there are several anti-aircraft complexes equipped with automatic guns. In this case we are talking about 30-mm anti-aircraft guns. The new project ZAK-57 / 2C38 / "Derivation-Air Defense" provides for the use of more powerful 57-mm guns, due to which it is possible to increase both the reach in range and height, and the impact on the target. Also, to a certain extent, the "associated" potential of self-propelled guns in terms of combat ground equipment. The new machine "Derivation-Air Defense" has not yet passed all the necessary tests, and therefore its adoption - if the army makes such a decision - should be expected in the distant future. At the same time, one should expect a noticeable increase in the combat capability of the military air defense.

In recent years, the Russian Ministry of Defense has paid special attention to the creation of new air defense systems of all the necessary classes. The newest projects “Bagulnik” and “Derivation-Air Defense” are created in full accordance with such plans and are designed to ensure the safety of troops on the march and in positions in the medium and long term. As it became known a few days ago, one of the new projects in the near future will have to give the desired results. The second is also close to the expected final. At the same time, it is already possible to assert that in the future the air defense of the ground forces will definitely not be left without a new technology, which has significant advantages over existing samples.