April 2 2018
17
At the end of March, the ceremony of handing over to the Coast Guard of Vietnam six more small speed patrol boats of the type Metal Shark 45 Defiant took place. bmpd. 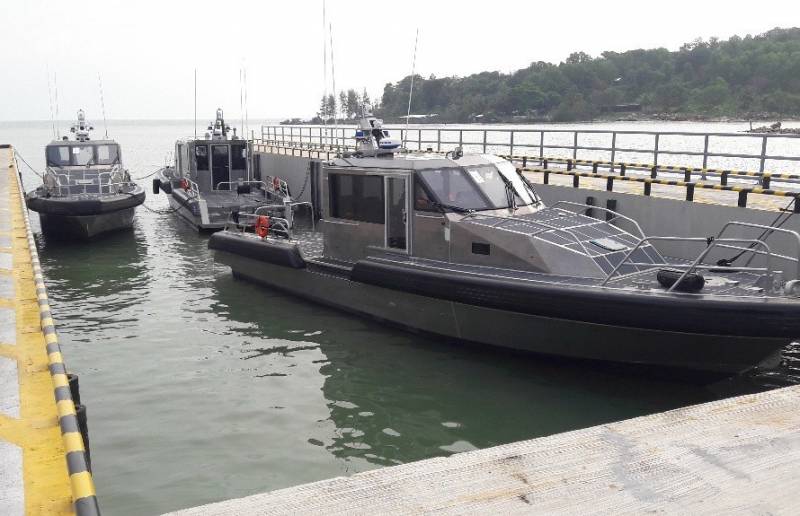 Three of six successive small-speed patrol boats of the type Metal Shark 45 Defiant transferred by the United States to the Coast Guard of Vietnam.

The boats were built by the American company Metal Shark with funds allocated by the Pentagon under the program of military assistance to this Asian country.

The infrastructure built by the Americans on the island of Phu Quoc (southwest of the republic) for the basing of boats was also transferred to the Vietnamese side.

It is reported that the total value of the property transferred was $ 20 million. 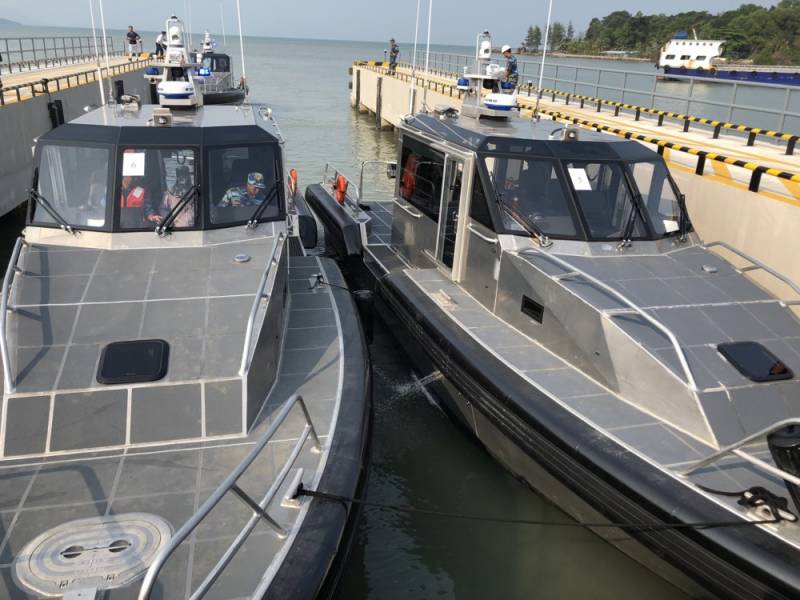 The resource recalls that the first 6 patrol boats were delivered to Vietnam in May by 2017.

In addition, last year, the US Coast Guard transferred to its Vietnamese colleagues from the presence of a large WHEC 722 Morgenthau (Hamilton) patrol ship, which received the Vietnamese designation CSB 8020.

Photos used:
US Embassy in Vietnam