April 2 2018
8
Following the results of 2017, the Almaz Shipbuilding Plant, following the major shipyards of the North-West, fulfilling contracts for law enforcement agencies, reduced financial results, but the decline in Almaz’s revenues is not associated with a sharp decrease in load, reports Kommersant. 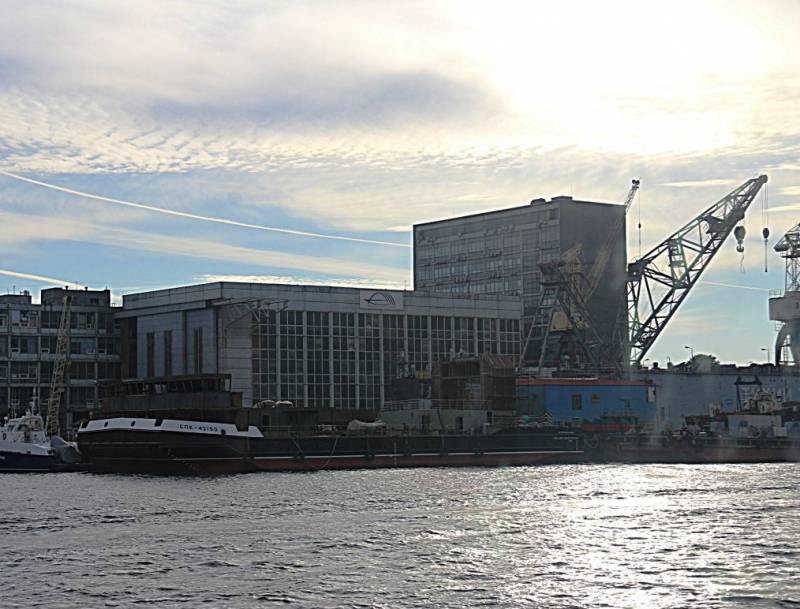 It is reported that "the result of 2017 of the year was formed by the guard ships, the contract prices of which were determined before the currency collapse of the 2014 of the year, which significantly reduced their profitability." The company's net profit fell from 762,5 to 120,4 million rubles.

At the same time, according to the general director of the plant Ilyaz Mukhutdinov, according to the results of 2018, the profit should increase again due to the planned delivery of more orders: “by the end of the year, the guard service Okhotnik, Svetlyak and Purga will be handed over to the FSB border guard service , and the Ministry of Defense will receive one marine floating crane ".

On the 2019 year, another floating crane and two patrol vessels are scheduled to surrender to protect marine bioresources. In addition, "preparations have begun for the construction of a small-seating icebreaker for the Ministry of Defense project 21180М." Last year, the plant made an order for the supply of metal for an icebreaker, this year negotiations will begin with equipment suppliers, the general director said.

"The contract for the construction of a small-sitting icebreaker costing about 6 billion rubles was signed with Almaz last year, the vessel will be a smaller version of the Ilya Muromets icebreaker built by the Admiralty shipyards," the article says.

It is noted that the order for the development and construction of a reduced version of the icebreaker "is dictated by the reduction of the financial capabilities of the Russian Ministry of Defense."