The US Army completely switched to a new gun. 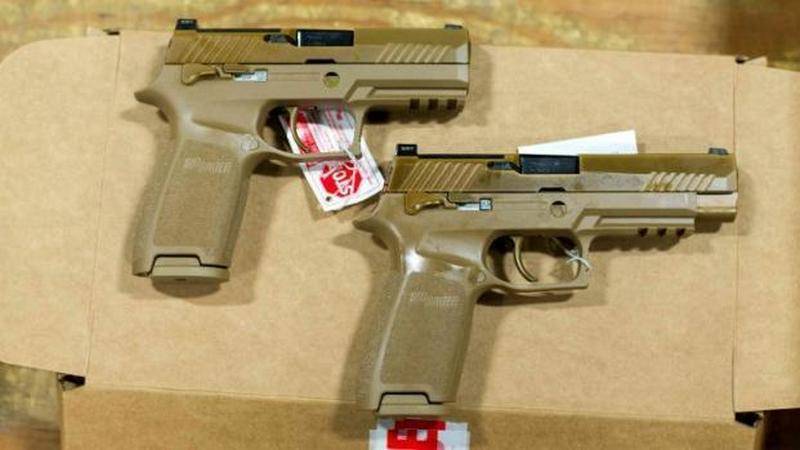 According to official reports from the press services of the US Navy and Air Force, the navy will purchase 60 000 new pistols. In service with the sailors, the M18 will replace the Beretta M9 and Sig Sauer M11 pistols. For the Air Force, the M18 version was also chosen, which will replace the Beretta M9 pistol. Total US Air Force plans to purchase 130 000 new pistols.

The new pistol will be supplied to troops in the caliber 9 × 19 Parabellum, with the manufacturer indicating that weapon is modular and can be easily converted to fire .357SIG and .40 S&W cartridges.