April 2 2018
33
The first Chinese domestic-made aircraft carrier is preparing for sea trials. At the Dalian Shipbuilding Industry Company (DSIC) shipyard, the preparatory work for the ship’s first exit at sea is being completed, Warspot reports with reference to the portal navyrecognition.com 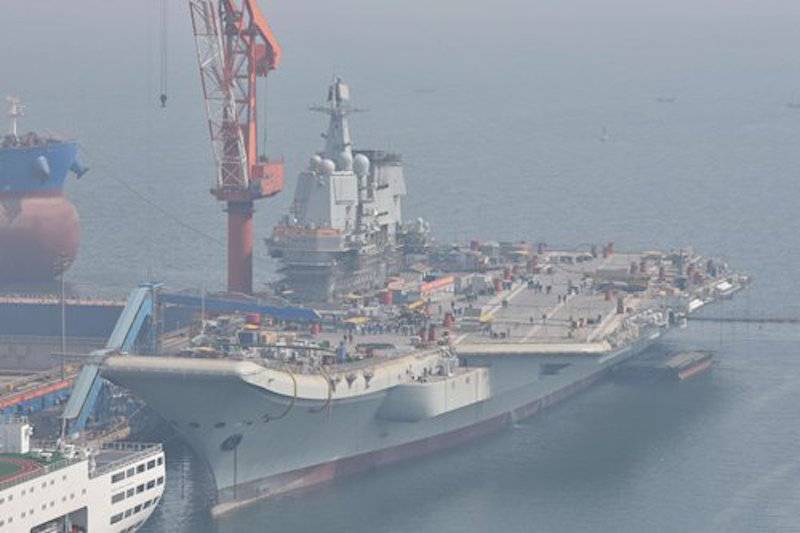 The aircraft carrier has not yet received the official name and is known as Type 001A. According to unofficial information, access to the sea can be scheduled for April 23 - the official day of the PLA Navy.

In an interview with CCTV, DSIC head Liu Zheng said that all ship systems are fully operational and are undergoing debugging. In addition, the main power plant is already working on the Type 001A. Considering that the tests of an aircraft carrier take 6 – 12 months, by the end of this year the PLA Navy can take on board the ship.

Despite the fact that in China the new aircraft carrier is called a fully national development, in its size and shape it corresponds to the Soviet aircraft carrying cruisers. It is known that in 90, the Chinese bought from the Nevsky Design Bureau a set of project documentation for the aircraft-carrying cruisers of the modernized 1143.6 “Krechet” project.