"Non-Soviet Man" and buckwheat with "Rookie"

April 2 2018
39
One “non-Soviet man” who was born and lived in a Soviet country made a good career there, but still turned out to be a British agent, he could hardly have thought that he would do so much trouble for his Homeland. Perhaps no spy who is in his right mind and solid memory, is not able to cause such damage. Moreover, the damage has been inflicted not only on Russia: this double-edged sword, even if London and its allies have not yet understood it. 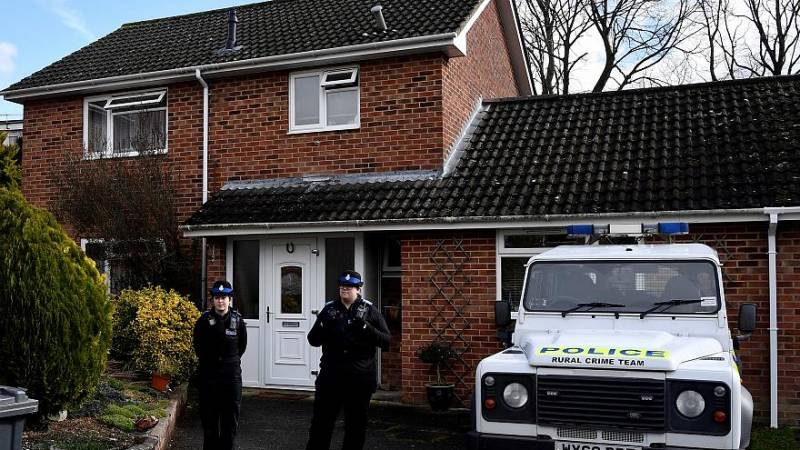 In fact, the “Case of Violin” put the world on the brink of a very serious confrontation. The return to the Cold War is already being discussed at the level of the UN Secretary General. Indeed, António Guterres said that he was very alarmed by the situation, and suggested restoring the mechanisms for preventing direct conflict that had been in place during the confrontation between the USSR and the USA. The UN Secretary General recalled that when people thought the cold war was over, these mechanisms were abolished.

The question arises: did the cold war end? Was it really stopped after the collapse of the Soviet Union? At first, the NATO countries were engaged in attaining the remnants of the socialist camp (the most obvious example is Yugoslavia). At the same time, everything possible was done to prevent the restoration of the Soviet Union (in a situation where the "democratic" authorities in Russia were rapidly losing popularity). Then came the period when Washington and its allies could have been the sole masters of the world, but even then hostile actions against Russia — even if they were completely submissive and not particularly resisting — continued.

And already in 2006, and especially - in 2007, the year (after the famous “Munich speech” of President Vladimir Putin) in the West it became clear that Russia still dares to declare its interests. How many provocations and anti-Russian steps we have seen since then!

At the end of 2006, the “Litvinenko case” began to inflate. In 2008, Moscow was declared the “aggressor” who attacked “defenseless” Georgia (at the same time they were silent about the actions of Georgia itself, which committed aggression against Tskhinval). In 2012, when it became clear that Russia did not intend to allow the West to crank up the Libyan option in Syria, the accusations of “helping the dictatorial regime” fell down. In the 2014 year, after the Ukrainian coup d'état, there was no longer just a wave, but a tsunami of false accusations and anti-Russian sanctions.

And now - the case of poisoning Sergei and Julia Skripale ... Mass expulsion of diplomatic workers. It is difficult to even guess what step the West will be next. It seems that everything has already been tested, except for the “hot” war.

The question arises: why would it be all of Europe, and in addition - Canada, the United States and even distant Australia - were so concerned about the health of Skripale? Did once a massacre of people was an obstacle for the West? Those who wrote off hundreds of thousands of dead, declaring their "collateral damage" ("collateral damage"), suddenly worried about the fate of two people in a hospital. So much so that they are ready to take rather radical measures (and the mass expulsion of diplomats is far from an ordinary step!), Knowing full well that there will be a response.

Even this response, which is quite logical in such cases, is being used in further anti-Russian propaganda. Britain, the United States, France, and Ukraine that joined them made statements that Russia, it turns out, should not have sent their diplomats back. Washington claims that Russia thus isolates itself even more.

On the one hand, it turns out that Russia is isolated, seeking to reduce its influence in the world. This, of course, the negative consequences of the outbreak of scandal. There is, however, a positive moment: the influence of the West on Russia after the mirror measures taken by Moscow will also surely decrease.

The United States, in fact, does not know how to interfere in such a way as to sustain retaliatory strikes. Their ideal of waging war — be it “hot” or “cold” —is to strike at a weakened country that cannot answer. So it is possible that now high-ranking officials are quite genuinely surprised that otvetka has arrived from Russia.

And the most important and absurd - evidence of the involvement of Russia in the poisoning of Sergei and Julia Skripale really is not presented. With the exception of the six-page publication, which could be molded by the "advanced" children of the older kindergarten group. It comes to curiosities.

So, many media with reference to the British edition of The Sun lead quite a ridiculous version of the Skripale poisoning. It turns out that the warfare agent, in whose application London accuses Moscow, was added ... to buckwheat.

Indeed, many foreigners living abroad sometimes miss Russian products - and buckwheat among them. The Sun reports that a package of buckwheat with particles of poison "Novice" brought a friend of Julia Skripal. Previously, Julia herself wanted to buy buckwheat in Russia, but did not have time and asked this friend about a favor.

This, if I may say so, “version” is more like the April Fools' “duck”. But it was replicated by quite serious media, including even Euronews. Of course, one could laugh at this Hochma, but the fact of the matter is that in itself the “Skripal case” seems like a bad joke. Nevertheless, it caused such impressive consequences for the parties.

Unfortunately, there are cases when due to ridiculous accusations even military conflicts followed. How can you not remember, for example, the time of the bombing of Libya? Then the Libyan leader Muammar al-Gaddafi was seriously accused of ... distributing Viagra to his soldiers to rape female oppositionists. It was funny to us, but to Libyans who were bombed - no ...

Russia, of course, is not Libya, and our sworn partners remember this. But the western man in the street is unstable to propaganda: that and look, the absurd version with buckwheat will be accepted there by faith. Try it, be justified! Indeed, it is good that Moscow is not Belgrade and not Tripoli. Otherwise we would have the chance to witness the war ... because of a package of buckwheat. If, of course, survived her.

Ctrl Enter
Noticed oshЫbku Highlight text and press. Ctrl + Enter
We are
Bitter thoughts of the West. Will Russians poison Donald Trump and Theresa May?Reports from the militia of New Russia for 27-28 September 2014 of the year
Military Reviewin Yandex News
Military Reviewin Google News
39 comments
Information
Dear reader, to leave comments on the publication, you must sign in.