April 1 2018
62
Ukrainian security forces continue to bombard the area where the ambulance car previously damaged by the guided missile is located, preventing it from being evacuated, reports RIA News a message from the representative of the People’s Militia of the LPR Andrey Marochko. 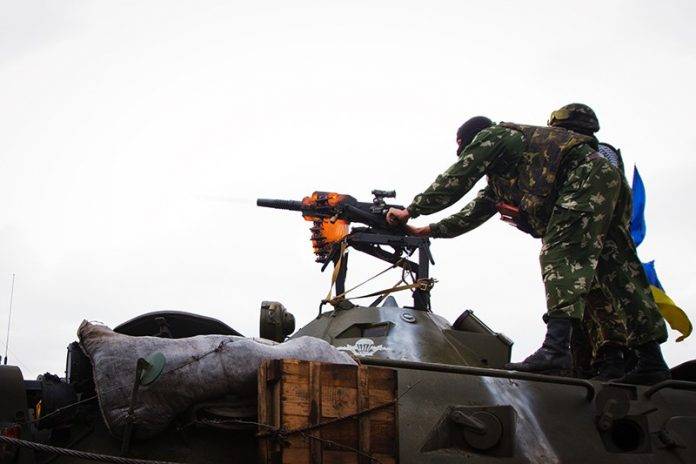 Earlier today, the Ukrainian military guided missile undermined the ambulance "Ural" near the village of Lower Lozovoe, which was transporting the sick fighter of the People's Militia. As a result, three fighters in the car were seriously injured.

Ukrainian security forces continue to bombard the site of the detonation of the ambulance car of the People’s Militia of the LPR in the area of ​​the settlement of Nizhnee Lozovoe. The enemy continues to use in the shelling of weapons BMP and ATGM, thereby excluding the possibility to evacuate a damaged car,
Marochka told.

According to him, flights of Ukrainian UAVs were repeatedly recorded in the area.

Today was no exception. It is noted that at the time of the start of the ambulance car movement by servicemen NM NMR, a “Phantom” type UAV was seen at a distance of 1,5 kilometers above enemy positions,
reported the representative of the military.

He did not rule out that "this provocation was planned and prepared by the Ukrainian side in advance."

Recall, on Friday in the Donbass, agreements of the parties on the “Easter” truce came into force, but skirmishes on the contact line continue.