April 2 2018
153
It seems that mankind has entered a zone of turbulence, the hallmark of which was an unprecedented political confrontation, a fierce struggle for resources, local wars that broke out here and there and terrible man-made disasters. Russia was in the active phase of all these processes. We have everything - and the rapidly unwinding spiral of military conflicts, and local wars, and incessant accidents and catastrophes. We live on a "nightmare schedule." We have nothing week - something emergency. Either the plane will collapse, the garbage dumps will ignite, poisoning everything around it, the huge shopping center will burn down, burying dozens of children's lives under its rubble. Unfortunately, the civilized Moloch is running and gaining momentum. Change this tragic move stories is impossible. But you can change our attitude towards him. 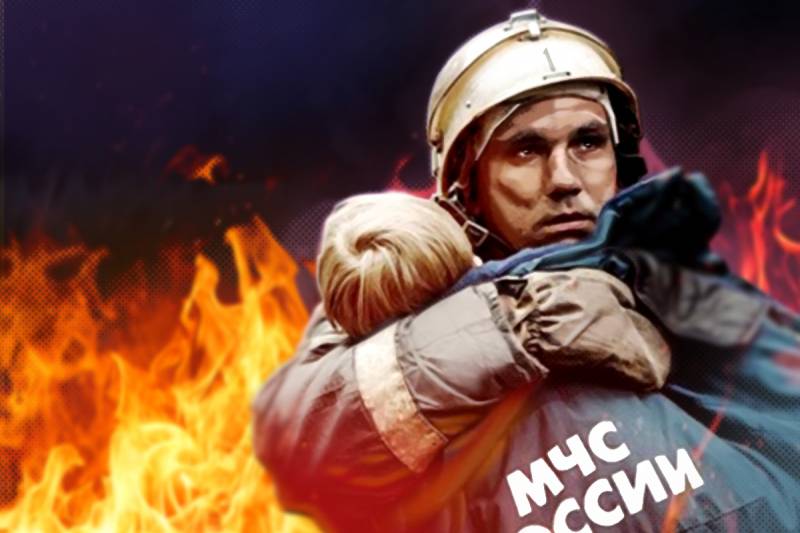 Rats from a sinking ship

Each tragedy needs detailed debriefing. I hope he goes now. I do not have the slightest desire to interfere in the process - they are experts in their field. My post is about the human factor.

Apparently, the first to leave the burning center were those responsible for its preservation - the local guards and the Chopovs. The building entrusted to them was burning, but they themselves were by no means eager to save someone’s life. They saved their tanned skins. And not one remembered the small children locked in the third cinema hall.

I was not a guard. But, being a soldier, he took part in mass events - stood in a cordon, etc. And before each release on duty, the officers thrust in our heads a simple and revealing truth: places of mass gathering of children in an object controlled by you are a zone of your heightened responsibility, a subject of special attention. And if something happens to them, something happens to you, soldier. At the demob you just will not go. Or you will go, but from another state house and in a different capacity. And all your subsequent life will go somersault.

Threats acted. We in the service never took our eyes off these Kinders. And they sighed with relief when they and their parents went home. I believe that any sane certified guard must also act the same. He must clearly understand where in the area of ​​his responsibility and control the place of mass gathering of children. And how he will save them, happen force majeure. If he does not understand this - he is not a security guard. He is a body in black form. And his entire chop - rabble, a bunch of the same "bodies". These are the "bodies" and guarded the Kemerovo center. And the legs of these bodies swiftly carried them to the exit, when a disaster struck.

And really very well ... A real security guard, like the captain of a sinking ship, must be the last to leave his post - when he is convinced that he has done everything possible to save other people's lives. And to save in the first place children and women, and not his tanned skin.

There was nothing like that in Kemerovo. The guards and chopovtsy race to run out of the building enveloped in flames, like rats from a sinking ship. Meanwhile, in the halls of the shopping center, little angels choked and died of suffocation ...

But enough about rats. They now live with it. Although their rat souls will surely digest this horror. Children were killed not only by them. The death sentence was issued to the scholars, without even realizing it, those idiots who closed the door in the third cinema hall. How many were in that hall and who they were - the investigation will figure it out. Or will not understand. But they were. They were the ones who locked the doors. They did not let anyone out of the third hall. They admonished the rest: calmly, kids, we will sit with closed doors and wait for firefighters. So says the instruction. Or maybe they stopped someone by force: they are adults, and the kids are weak creatures. And the children believed them, these uncles and aunts. They are used to the fact that adults always wish them well ...

And the firemen did not come. Late firefighters. And mindlessly following the instructions led to a terrible tragedy. By the way, I fully admit the idea that these "exhorters" themselves were ultimately saved. Well, jumped out of the hall at the last moment. And now, during interrogations, they deny everything and everyone - and what else do they have to do?

From here - several conclusions. The first. It seems that modern instructions themselves are idiotic, and they are written by idiots. And at least morally outdated. It was necessary to close not the doors, but the windows. And as soon as the smoke came down - to save the children and run with them to the exit. The "accusers" did everything exactly the opposite.

The second. You will encounter a force majeure situation with such an “exhorter” - beat him. Take down with the doors. Knock out with window frames. For they are the messengers of death. And their natural idiocy can be your sentence.

Third. We need to change not only the instructions. Here the very psychology of man needs to be changed. After Kemerovo, the public ideological paradigm should be different in principle. Life attitudes are changing. We must not wait, but act. We must not close, and demolish all the doors. Together with the doors - to carry out "exhorters". One should not sit, gasping in clouds of smoke, but break free - where there is air, light and hope. Movement in such cases is life. Humility and humility - death.

And the last conclusion is about single characters. They were also. Of the two cinema halls, the teachers promptly withdrew all the children entrusted to them. There are reports that two Uzbek migrants, two “Ravshan and Jamshud”, which over one of our federal channels have been mocking with mock persistence over the years, have been rescued in the confusion over the years. Both teachers and migrants did not run like rats from a ship. They were just people. Humans - with a capital letter.

And one more conclusion. Before each of us, sooner or later the question of choice will arise. Someone will become a hero. Someone is a rat. Someone remains an exhorter. Although, as our battalion commander said, homeland needs heroes, not geeks.

And the last. Among other things, in the age of man-made disasters, each of us, adult men, should be ready for anything. And know how to behave in a given situation. And it's not even about everyone re-reading the rules of conduct in case of fire (although this is extremely important) and began to carry wet wipes in his bag (if you put them to your lips in time, they will give you a few precious seconds of life in the thickest smoke ). Just a modern postmodern man should be prepared for stress. And to be able to make non-standard decisions - to save their lives and the lives of others, first of all - women and children.

For example, a stereotype of behavior in an unusual stressful situation that happened several times in the life of one person. This man's name is Shavarsh Karapetyan. 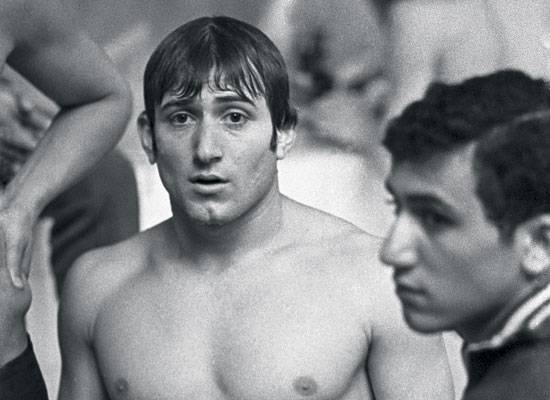 Case on the track

1974 year, Republic of Armenia, highway Tsakhkadzor - Yerevan. The bus travels thirty passengers, including athletes (they were returning from the charges). On a steep slope, the motor went berserk. The driver stopped the bus and got out of the cabin - to delve into the engine. Apparently, he did not guess to raise the “handbrake” (or he did not work at all). Uncontrollable bus started off and rolled down, quickly picking up speed. Water polo master Shavarsh Karapetyan was sitting next to the driver’s cabin. Seeing that seconds separate all of them from falling into the abyss, he jumped as if he had been stung and several times turned to elbow into the glass wall separating the driver’s seat from the passenger compartment. Shallow glass fell on the driver's mat. Shavarsh climbed into the hole, grabbed the steering wheel and spun it sharply to the right. Instead of the seemingly inevitable fall into the abyss, the bus turned in the opposite direction and gently stuck into the side of the mountain. When asked how he could do this trick, Karapetyan answered with a smile: “It’s just that I was the closest.” Like, all the other passengers of the bus, no doubt, would have done the same thing, but he just turned out to be closer. Personal modesty did not prevent personal courage.

Karapetyan’s trials did not end there. Two years later, fate prepared him another surprise. 16 September 1976, Shawarsh and his brother made a morning jog along the Lake of Yerevan. At that moment, in their eyes, the trolley bus, full of people, for some reason, got off the bridge and crashed right into the lake. The brothers rushed to save people. At a depth of 10 meters with zero visibility, Shavarsh broke the trolley bus’s rear window with his feet and began to dive over and over again, snatching one of the passengers with powerful jerks and pulling them out to the surface. Here, the rescuer picked up, dragged to the shore and vigorously revived his brother. On that day, Shavarsh tore 46 passengers out of the inevitable death of 20 (XNUMX of them were later brought back to life). 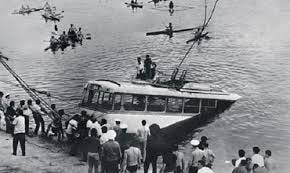 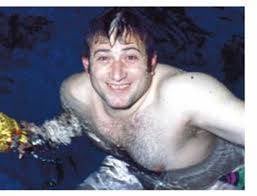 In one of his visits to depth, the rescuer pulled not a person to the surface, but a cushion from the trolleybus seat. According to him, she then dreamed of him at night for several years - after all, instead of her, he could have saved the life of another person ... The whole body of the diver was cut by fragments of a broken window. After these spontaneous rescue efforts, Karapetyan became seriously ill with pneumonia. Later the disease was complicated by sepsis. The rescuer spent a month and a half in the hospital. After inflammation in the lungs formed adhesions. Every breath was given to him with great difficulty. His physical condition dramatically weakened. With a great sports honored master of sports, 11-multiple world champion, 13-multiple European champions and seven-time champion of the USSR had to finish. Such was the price the athlete paid for the lives he had saved.

But Karapetyan’s misadventures did not end there either. 15 February 1985 of the year in Yerevan sports and concert complex, located on Tsitsernakaberd hill, a fire broke out. By the will of fate, Shavarsh once again found itself in the epicenter of a fire. He tossed around the center, pulling people out of the fire. In the process of salvation, he received numerous injuries and multiple burns.

That's all. Neither add nor subtract. Disasters have been, are and will be. There will be heroes in them, there will be scum in them. But I would like Shavarshay in them to have more And less rats and "exhorters". Or was not at all. And then our little angels will run on the earth with joyful, full of childish laughter, and not go to heaven in agony ...

Ctrl Enter
Noticed oshЫbku Highlight text and press. Ctrl + Enter
We are
Reports from the militia of New Russia for 27-28 September 2014 of the yearResults of the week. “Taste is spessississky!”
Military Reviewin Yandex News
Military Reviewin Google News
153 comments
Information
Dear reader, to leave comments on the publication, you must sign in.