April 1 2018
44
More than 40 thousands of militants and their family members were withdrawn from four settlements of Eastern Guta. RIA News the message of the head of the Russian Center for reconciliation of the warring parties in the SAR, Major General Yuri Yevtushenko. 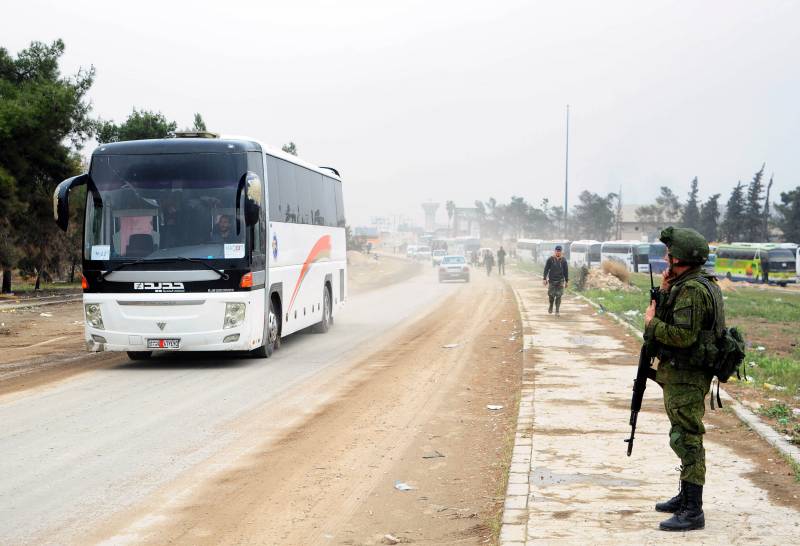 All the radicals who agreed to leave East Guta were transported to Idlib province.

Yevtushenko said that the Reconciliation Center and the military police unit of the Russian Armed Forces "successfully completed an eight-day humanitarian operation to remove the militants of the illegal armed group Feylak Ar-Rahman from Eastern Guta."

The general added that "during an operation of unprecedented scale, they were freed from the captivity of the illegal armed formations of the 34 hostage."

Ctrl Enter
Noticed oshЫbku Highlight text and press. Ctrl + Enter
We are
The flow of civilians from East Guta does not stop
Military Reviewin Yandex News
Military Reviewin Google News
44 comments
Information
Dear reader, to leave comments on the publication, you must sign in.