Moscow asked London 14 questions. Will the answers be?

March 31 2018
206
The Russian Embassy in London on Saturday sent a note to the British Foreign Office, which contained a list of questions on the so-called Skripale case. This was reported in the Foreign Ministry. 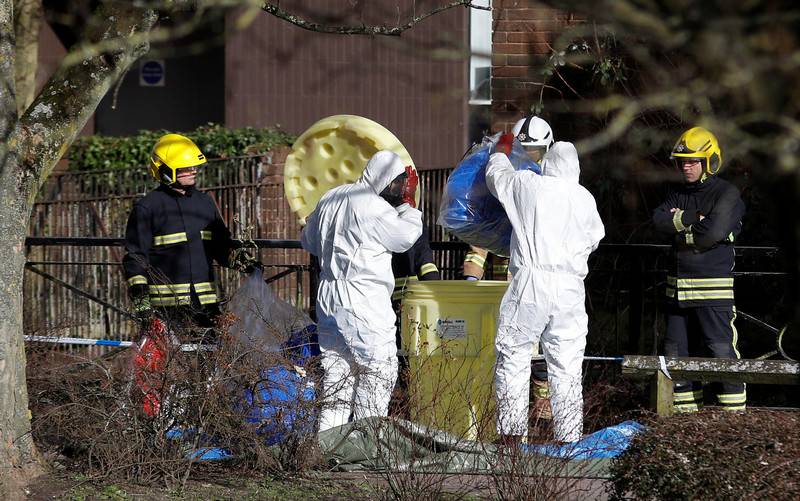 On March 31, the embassy of the Russian Federation in London sent a note to the British foreign affairs agency with a list of questions to the British side on the Skripale case fabricated against Russia
- said in a statement. Just a list of 14 questions.

Russia demands an explanation from London on what grounds the Russian origin of the substance used in the poisoning of Sergei Skripal and his daughter has been established.

1. Why is Russia denied the right of consular access to two Russian citizens injured on British territory?
2. What specific antidotes and in what form were introduced to the victims? How did such antidotes turn out to be at the British doctors at the scene of the incident?
3. On what basis was France involved in technical cooperation in investigating the incident in which Russian citizens suffered?
4. Did the United Kingdom OPCW notify you of the involvement of France in the investigation into the Salisbury incident?
5. What does France have to do with the incident with two Russian citizens in the UK?
6. What rules of procedural law in the UK allow a foreign country to be involved in a national investigation?
7. What evidence was passed to France to study and conduct its own investigation?
8. Were the French specialists present at the collection of the biomaterial from Sergey and Julia Skripale?
9. Was the study conducted by French biomaterials Sergey and Julia Skripale and in what specific laboratories?
10. Does the UK have materials from the French investigation?
11. Are the results of the French investigation transferred to the Technical Secretariat of the OPCW?
12. On the basis of what signs (markers) was the allegedly “Russian origin” of the substance used in Salisbury established?
13. Does the UK have reference samples of the chemical warfare agent, which the British representatives call the “Novice”?
14. Were the samples of the “Novice” type of chemical warfare agent (according to British terminology) or its analogues in the UK developed? ”, The note of the Russian embassy reads.

We remind you that at the moment, besides the “beautiful pictures” and the unsubstantiated accusations allegedly confirming Russia's involvement in the poisoning of the defector Skrypal and his daughter, the United Kingdom did not provide evidence.