March 30 2018
56
London should equal the number of its diplomats in Russia with the number of Russian diplomatic workers in the UK, follows from the statement of the Russian Foreign Ministry. 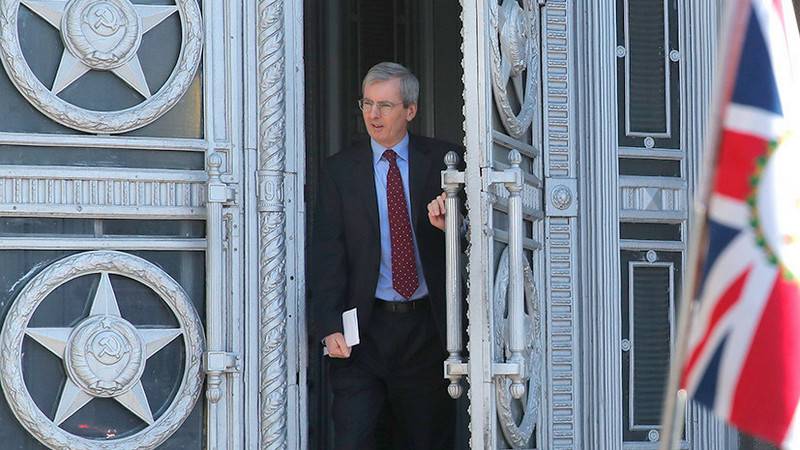 The ambassador was informed that, in response, the British side, within a month, should bring the total number of employees of the British Embassy in Moscow and the British General Consulates in Russia in line with the number of Russian diplomats and administrative-technical workers. on long trips in the UK
- Said in the Foreign Ministry.

British ambassador Laurie Bristow also protested "in connection with provocative and unreasonable actions of the British side, which inspired the baseless expulsion of Russian diplomats from a number of states."

Earlier, US State Department spokesman Heather Nauert said that Russia is on the path of self-isolation if it decided to send diplomats of all countries that expressed solidarity with London in the case of Skripal, reports "RT"

Ctrl Enter
Noticed oshЫbku Highlight text and press. Ctrl + Enter
We are
Foreign Ministry did not rule out the closure of one of the US Consulate General in Russia
Military Reviewin Yandex News
Military Reviewin Google News
56 comments
Information
Dear reader, to leave comments on the publication, you must sign in.