The most experienced crews of the Southern Military District carried out flights on the Mi-35M along the Caucasus Mountains.

March 30 2018
5
The most prepared helicopter pilots of the Southern District within the framework of the exercise have worked out elements of complex aerobatics at an altitude of up to 4 thousand meters in the North Caucasus, reports TASS message of the press service of the Southern Military District. 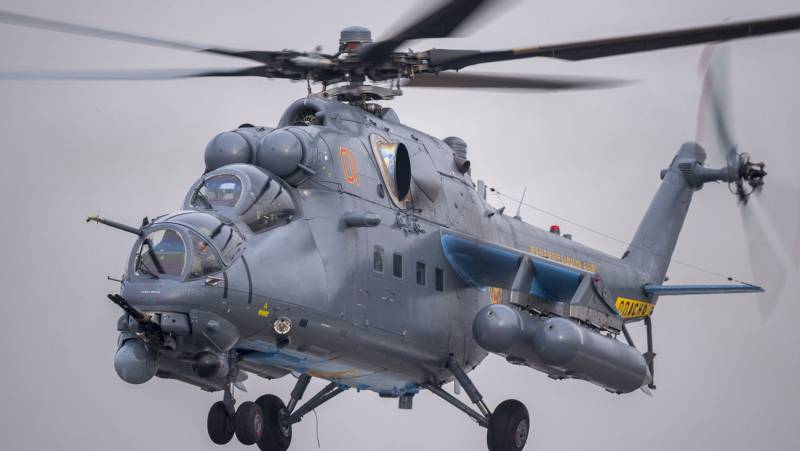 10 best army crews aviation The Southern Military District, in the conditions of rarefied air, successfully completed flights at extreme heights of up to 4 thousand meters along the Caucasus Range,
says release.

It is reported that "in addition to the tasks for their intended purpose, helicopter pilots have worked out actions in emergency situations that may occur in mountainous areas — failure of radio communications, engines, damage to electronic equipment or helicopter housing."

The press service added that the distinctive feature of the modification is “performing tasks around the clock and in all weather conditions; The Mi-35M maintains high flight qualities in hot climatic conditions and when flying at high altitudes with a dynamic ceiling of about 5 thousand meters. "