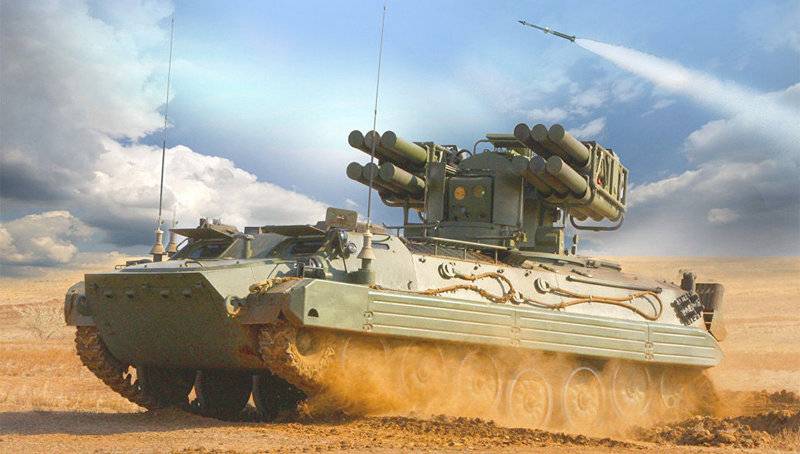 In 2017, the state tests of the latest Bagulnik anti-aircraft missile system were successfully completed. The next step will be the adoption of the complex
- said in a release.

Characteristics of "Bagulnik" in the holding preferred not to disclose, reports RIA News

At the same time, TC "Zvezda" assumes that "Bagulnik" is an option that was previously held under the designation "Strela-10ML" ("L" - indicates the use of laser targeting technology)

According to previously published information, “Ledum” is completed with “compact high-performance missiles” and “passive infrared station of a circular view” in order to hit targets in range to 14 km and altitude to 9 km.

Ctrl Enter
Noticed oshЫbku Highlight text and press. Ctrl + Enter
We are
The current state of the air defense system of AzerbaijanProduct "Ledum": an unknown component of defense
Military Reviewin Yandex News
Military Reviewin Google News
51 comment
Information
Dear reader, to leave comments on the publication, you must sign in.