Our answer is ADS

April 27 2012
20
Not even two months have passed since the American scientists demonstrated the first practically applicable copy of the “microwave cannon” for non-lethal defeat of the enemy, as it became known about the Russian analogue of this system. The development of the domestic equivalent of the American ADS (Active Denial System - Active Drop System) was held in an atmosphere of secrecy and its existence became known only in recent days. 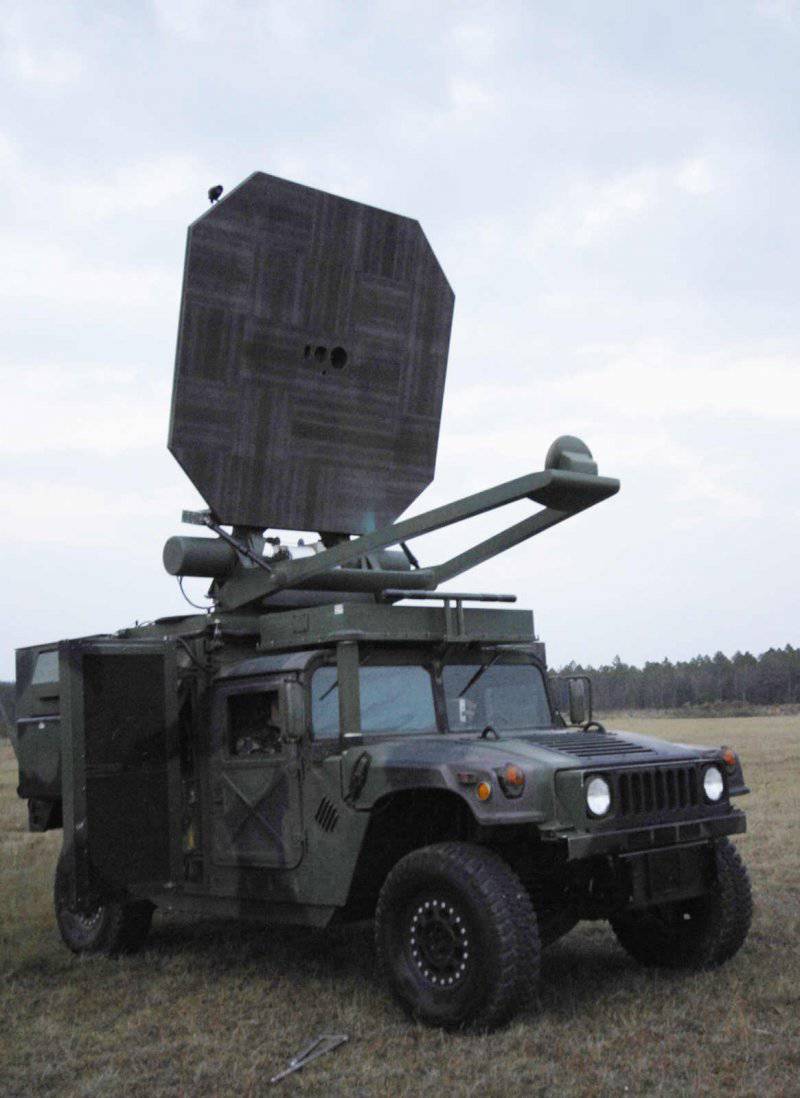 For several years, the 12 Central Research Institute of the Ministry of Defense, located in the town of Sergiev Posad, Moscow Region, has been involved in the creation of a microwave radiation generator. The principle of operation of the new installation is simple and clear: the radiating antenna creates a relatively narrow beam of microwave radiation with a width of about 5-10 degrees. Radiation falling on a person affects the water in the upper layers of the skin, as a result of which a person begins to experience a strong burning sensation in the “attacked” area of ​​the body. Depending on the distance to the radiator, the person caught in the beam either cannot continue any actions and immediately tries to hide from the impact of the installation, or experiences some discomfort.

At present, the experimental setup has gone for tests, which will last several months. During the tests it is planned to fully work out all aspects of the operation and application of the generator, and at the same time to establish the actual characteristics. So, at present, the declared effective range of the “battle” is 250-300 meters. However, from the words of representatives of the 12-th Central Research Institute of Defense may follow the fact that the range of the combat generator of microwave radiation may depend on the wishes of the customer. Colonel D. Soskov, deputy head of the Central Research Institute of Defense, claims that in order to ensure an effective range of up to three hundred meters, the device must have dimensions that allow it to be transported on vehicles of the Gazelle family, on Tiger armored cars or on similar equipment. It is probably possible to create even a manual radiating installation with a “pistol” irradiation distance.

According to the developers, the new “microwave cannon” can be useful in various local conflicts, when peaceful people can suffer when shooting at the enemy. Another potential use of the facility concerns unauthorized mass gatherings. In this case, it can be used in conjunction with water cannons and other special means. In other words, the microwave generator can be used in any conditions where it is necessary to suppress the resistance of the enemy and prevent human casualties, including in the ranks of the enemy.

Unfortunately, very little is known about the new development of the 12 Central Research Institute of the Ministry of Defense. However, now you can imagine its prospects. First of all, it is worth noting the conceptual features of the project. It is obvious that the microwave generator is a revolutionary new equipment for our country. At the same time, on a global scale, this is a fairly new and interesting development, but not the first. So, the first reports about American ADS appeared almost 15 years ago, and the first copy was demonstrated this winter. Moreover, due to their similarity, both systems have the same drawbacks. The main one concerns the “penetration power” of microwave emitters. The fact is that at a certain relatively short distance from the installation antenna, the radiation power decreases to such a level that almost any object can serve as a screen. For example, you can hide behind tight clothes. If it is not possible to completely shut off the radiation, then at least it will be possible to significantly reduce the effect of microwaves on your skin. Therefore, microwave emitters are practically not applicable in military conditions. The fact is that the body of the soldiers of most countries of the world in full “clothing” is almost completely closed. Form and equipment does not cover only the face and hands, and even then, sometimes these parts of the body are also hidden. In addition, the body can be closed by a bulletproof vest, vest-unloading, cartridge pouches, etc. As a result, the beam will be very difficult to break through to the skin of the enemy fighter and deliver him at least some inconvenience. Finally, a cross on the use of such an installation in the army puts the ratio of size and range. It is hardly worth bringing an emitter on the battlefield with a range not exceeding the range of an automatic shot. As an option, you can install all the equipment on an armored chassis, but not everything is good here either: a simple grenade thrower or an ATGM operator will stop the work of a non-lethal generator, because its range is also longer than that of an armored chassis antenna.

Once the use of a combat microwave transmitter against a well-organized and equipped army is associated with a mass of almost fatal problems, a less serious enemy can be irradiated. They, for example, may be some poorly organized armed formation of the type of rebel detachments during the war in Libya. However, our country simply does not make sense to create special weapons to fight against such an adversary. As practice shows, they can be safely destroyed with existing weapons. It remains only to disperse the rallies. It is noteworthy that the creators of the American ADS, probably in the light of the actions of the Occupy movement, call their development primarily a means of maintaining order in urban environments. Probably, the domestic generator is unlikely to fit in with something else. But even here, unfortunately for the generator and fortunately for the participants of unauthorized actions, the prospects for the microwave “gun” look rather unclear. Practice clearly demonstrates that the Russian riot policemen are completely short of the available funds to prevent unresolved mass events. Moreover, in a considerable number of cases, even batons and shields, not to mention water cannons or traumatic ammunition, are not used.

It turns out that the development of the 12-th Central Research Institute of Defense is no use to anyone? It seems that, although there is a certain reason for optimism. The fact is that in many countries it is regularly necessary to suppress unrest, including with the use of special means. They would need some new technology. From this we can conclude that the domestic combat microwave generator has much more export prospects than the chances of being used by the Russian security forces. Of course, in domestic practice there have not yet been cases in which any development has been exported without having been adopted by itself. Most likely, sooner or later the "microwave gun" will also be adopted, but a large number of Russian security forces will not order. Let's hope she will be interested in foreign countries, which will not allow the project to close as unnecessary.

Regardless of the prospects of the microwave generator developed at the 12th Central Research Institute of Moscow, this design is of interest. And not only in the quality of any, but the combat system. It should be noted that the development of such equipment must necessarily affect the state of the entire electronic industry in the country. It is no secret that this sector of Russian industry lags far behind foreign competitors, so even a deliberately exported project can spur it well. In addition, the creation of conceptually new weapons systems fits directly into the plans of the Ministry of Defense about "weapons on new principles. " Who knows, maybe some of the know-how obtained during the development of the “microwave gun” will soon be used on the first domestic rail gun or tool for the reliable interception of unmanned aerial vehicles.