"Preemptive provocations" of Russia. Is there any powder in the flasks?

March 31 2018
118
Today, more than ever, the smell of war. Americans have long believed that a military clash with Russia is quite possible, which both we and they had previously ruled out. And they want to try their strength in Syria by attacking government troops, and this will provoke Russia into a military response. A clash between Russia and the United States in Syria may look like a mutual short exchange of such blows that would not lead to a situation where one of the parties feels threatened by its existence, which could cause the use of nuclear weapons. When such a situation occurs, the parties will stop, grab the phones and negotiate. Everything else in the form of propaganda war, in which we, as always, lose, will be later.


The situation for us is not the best, to put it mildly. Our allies and friends in the CIS behave somewhat strangely. Kazakhstan suddenly became friends with the United States, Belarus glances from side to side, there are no disagreements between Kyrgyzstan and Kazakhstan, Turkmenistan and Azerbaijan, Armenia and Azerbaijan. Everything has been clear with Georgia for a long time, Ukraine declared Russia an aggressor. Unlike our CIS, which is keeping silent about the return of Crimea to Russia, the European Union supported England, without demanding any proof of Russia's guilt in the Skripl case (they unconditionally believed mentally abnormal May, which looks like an elementary deal). The Americans work hard in our CIS, they "work" with us, but because of the complete stupidity of our liberals and their misunderstanding of the Russian nation, little happens, rather the opposite effect.

Our relations with Turkey, which is able to let us down at any moment, are extremely unreliable. In particular, due to the ever-changing Turkish position, Gazprom will dispose of 700 kilometers of gas pipes and a pumping station destined for the Turkish stream. And what are the statements of Turkey in the Crimea!

Clever, cunning and unreliable as partners Iranians. A special place is occupied by China, which does not lift a finger in a difficult situation for Russia, if this can cause even the slightest cost to Chinese national interests. True, China in connection with the impudent actions of England in the case of Skrypal, timidly expressed his disagreement with the British, giving us a reason to count on his support. I'm not talking about the open hostility of the former ATS allies and the Baltic countries. Here we are all alone against the whole West! Worse does not happen.

And how the West behaves! I am convinced that a quite definite plan and order of actions, so to speak, plan “B”, has been built and implemented against Russia after a failed attempt to influence the election of the president of Russia.

The incriminated Russian interference in the elections of the United States, Britain, France and Germany, the Skripal case, as well as the disgraces with our athletes, are links in one chain. Do not expect any evidence of Russia's innocence, the OPCW will not go against everyone for the sake of Russia, and at best, leave a situation of uncertainty that will completely satisfy the West.

As for Ukraine and its role in the current situation, it generally stands "sideways", just in case, but it may be necessary, then the Americans will provoke us to attack the APU in order to continue the aggression started against us.

England’s assertion about Russia's "chemical attack" is too serious. Russia, firstly, attacked England, and secondly, used prohibited weapons. I suppose that mentally abnormal May is on the very "red" line, another half-step - and the war. It is clear that it was not she who invented this situation with Skripal, helped by the United States in response to the Americans ’attempts by our military to strike Assad in response to their use of chemical weapons - I believe an unexpected turn for us. May apparently promised a carrot in the form of loosening upon leaving the European Union. Remember history the beginning of two world wars-all the same custom provocations. Means war?

I do not think that we should immediately grab the machine, at least for now. There is a tiny window of opportunity. But the answer in any case should be extremely tough, otherwise the provocations will continue. It seems that Russia could present England with an ultimatum: within 24 hours, provide all available information on the use of toxic substances in connection with the Skripl case. Failure to provide information should lead to a rupture of diplomatic relations with England (with other countries that supported England, it would be possible to get stressed mildly, except for particularly odious ones, of course). All non-profit organizations fed by England must be expelled from the country. Tangibly and openly increase the combat readiness of the RF Armed Forces, primarily the SNF; send forces VKS and Navy for combat duty around the islands. 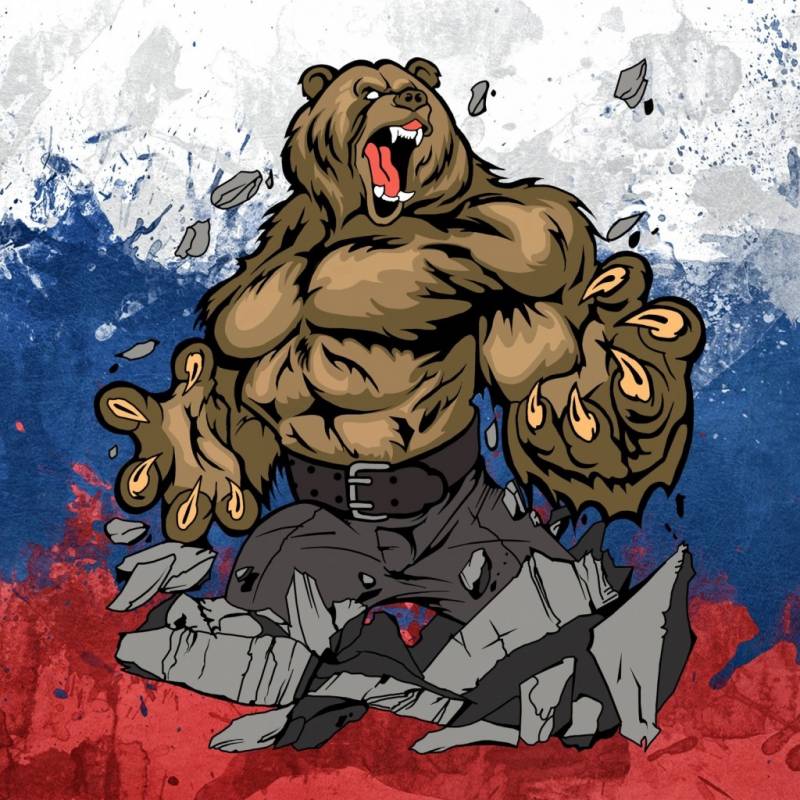 It would be important to stop all trade with England, including cutting off gas. Yes, this is a blow to our economy, but you have to pay. It would be possible to demand an immediate personal meeting of the presidents of Russia and the United States on a neutral territory, for example, in Finland. In the end, one could raise the issue of a military alliance with China and other Asian countries.

Still, further provocations from the West should be expected. They will try to infringe upon our rights in the UN and its Security Council. We can be disconnected from the SWIFT system, go to the abandonment of our oil and gas that will hit our budget, like a crowbar on the head. Everything else is already in the sanctions.

Well, what is Russia doing? So far, nothing special. We sit in a deaf defense, defend ourselves and justify ourselves, which seems to be becoming our natural state, in which one can hardly expect success. Or we do not have other opportunities, and we are not able to carry out proactive provocations ourselves with setting ultimatums?

Ctrl Enter
Noticed oshЫbku Highlight text and press. Ctrl + Enter
We are
A great interview with Sergey Lavrov: about Ukraine, Obama and IranWhat you didn't want to know about England
Military Reviewin Yandex News
Military Reviewin Google News
118 comments
Information
Dear reader, to leave comments on the publication, you must sign in.