In the naval parade in St. Petersburg will take part the newest ships

March 29 2018
42
In the festive naval parade in St. Petersburg this year will be involved more than forty warships, including the small rocket ship "Hurricane", which was built in 2018 year. This was stated by Defense Minister Sergei Shoigu at the board at the Russian Defense Ministry, the department of information and mass communications of the military department reported. 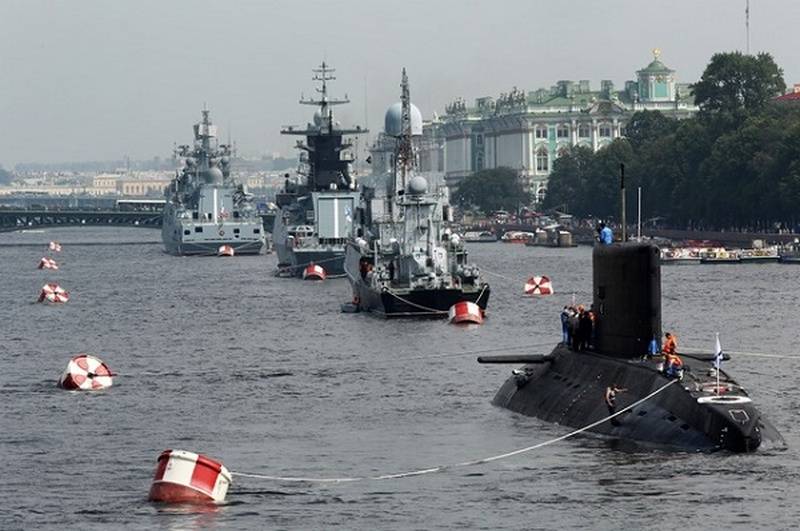 The 41 ship will participate in the main naval parade, of which eighteen are the newest. In addition, 25 aircraft and more than four thousand troops. Army General Sergei Shoigu promised that the parade will be beautiful and will be an unforgettable holiday, will attract many viewers
- Reported in the military.

The Hurricane MRK was built at the Pella shipyard in Leningrad. The 29 was launched on July 2017 of the year. It is the lead ship of the 22800 project, a multi-purpose small-displacement rocket-artillery ship of the near sea zone. It belongs to ships of the third rank. Its length is 67 meters , width - 11. Navigation autonomy - 15 days. "Hurricane" has radar, electronic, tactical strike weapons, artillery and anti-aircraft artillery.