March 29 2018
9
In early March, Afghanistan, India and Belarus signed a trilateral memorandum of understanding regarding the supply of four combat helicopters Mi-24 to the Afghan army, reports bmpd with reference to the Hindustan Times newspaper. 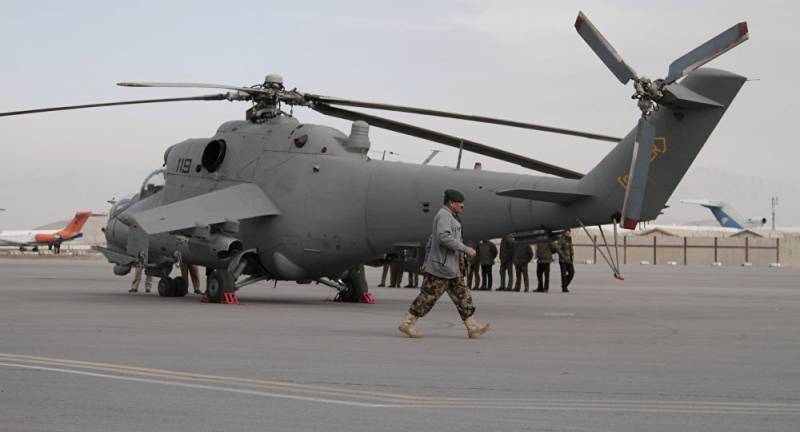 Under the terms of the agreement, India at its own expense will acquire four Mi-24 from the presence of the Belarusian army, pay for their repair and delivery to Afghanistan "within a few months."

At the same time, the Armed Forces of Afghanistan have a plan for the transition to American aircraft developed and implemented by the Americans. However, “the Afghan government has asked India to supply Soviet-made Mi-24 combat helicopters, and India was kind enough to respond to this request,” said Afghan ambassador to India Shaida Mohammad Abdali.

In the 2015-2016 years, India has already transferred four Mi-25 (Mi-24D) helicopters from its troops in order of assistance to the Afghan armed forces. Today, these machines are already in non-flying state. According to the newspaper, currently "the Indian side is working on the issue of repairing all four helicopters."

Ctrl Enter
Noticed oshЫbku Highlight text and press. Ctrl + Enter
We are
The Belarusian Air Force faces a shortage of combat wingsUS expert community is trying to identify ways out of the Afghan impasse
Military Reviewin Yandex News
Military Reviewin Google News
9 comments
Information
Dear reader, to leave comments on the publication, you must sign in.