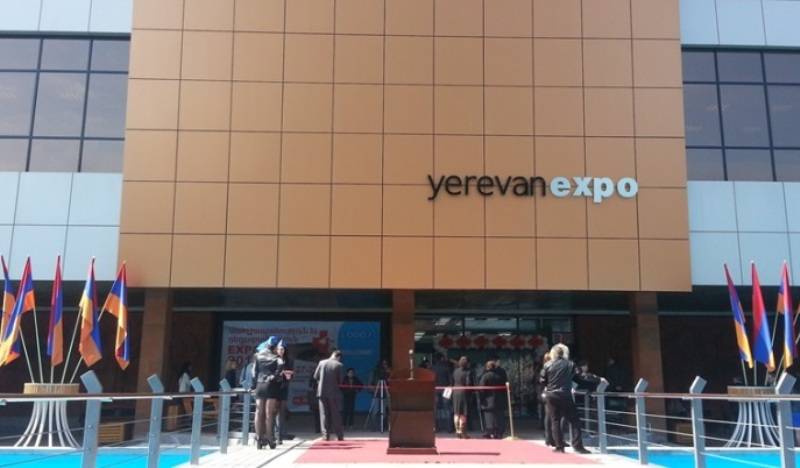 In total, Russian companies will demonstrate the 591 exhibit (of which 66 are samples) of military products, the release says.

It is reported that “the main theme of ArmHiTec-2018 will be armored and rocket-artillery weapons, military aviation, small weapon and ammunition, unmanned aerial vehicles, robotic complexes, communications equipment, equipment, as well as laser, information, telecommunication technologies and information protection systems. ”

The Russian delegation is headed by the deputy director of the FSMTC of the Russian Federation Vladimir Drozhzhov.

During the exhibition, meetings and negotiations with potential customers will be held.

At ArmHiTec-2018, we expect foreign customers to increase their interest both in anti-aircraft missile systems and ground-based systems, and in our civilian and dual-use products, which, due to their unique characteristics, have a high export potential.
said Vyacheslav Dzirkaln, deputy director general of the holding for foreign economic activity.

Vitoray The international exhibition of weapons and defense technologies will be held in Yerevan from 29 to 31 in March. This year 37 companies from 8 countries will show their products.

As reported by the press service of the Federal Service for Military-Technical Cooperation, “among the exhibitors and participants of the business program are industrial enterprises and representatives from Armenia, Belarus, Bulgaria, Germany, Kazakhstan, Kyrgyzstan, Russia, Tajikistan, and France (representatives)”.

Ctrl Enter
Noticed oshЫbku Highlight text and press. Ctrl + Enter
We are
Russia at the Airshow China 2016The RAC "MiG" are working on the concept of the fifth generation fighter
Military Reviewin Yandex News
Military Reviewin Google News
9 comments
Information
Dear reader, to leave comments on the publication, you must sign in.