May and Merkel agreed together to resist the "Russian aggression"

March 29 2018
69
Leaders of Great Britain and Germany Teresa May and Angela Merkel agreed on joint opposition to the “intensified aggression on the part of Russia,” reports RIA News message of the press service of the British prime minister on the results of a telephone conversation. 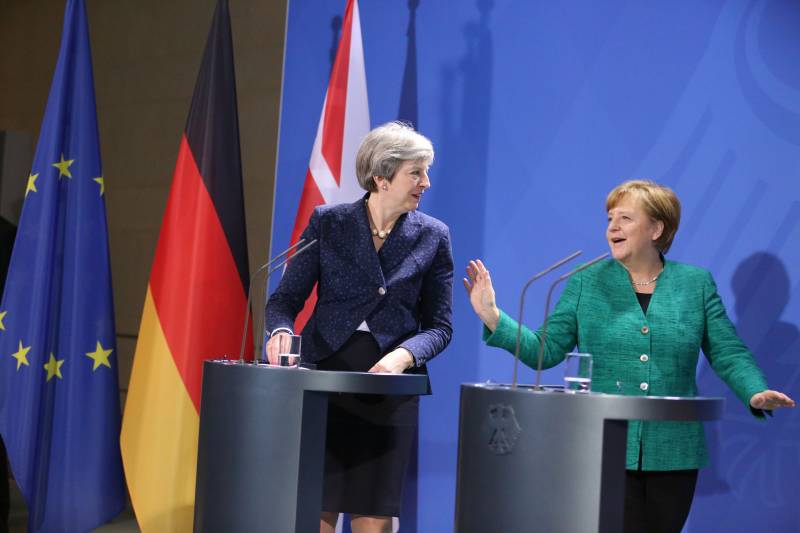 Prime Minister Theresa May began the conversation by thanking Chancellor Angela Merkel for her strong support and solidarity after the attack in Salisbury. The Chancellor and the Prime Minister agreed on the need to continue working together to counter the intensified aggression on the part of Russia,
says release.

Recall that relations between the Russian Federation and Britain sharply aggravated against the background of the incident in Salisbury, where the ex-employee of the GRU, Sergey Skripal and his daughter Julia, were poisoned. London claims that the Russian leadership was involved in Skripale’s poisoning with a nerve agent of the “Novice” type.

Moscow categorically denies any involvement in the poisoning. The UK sent 23 to a Russian diplomat, the Russian government responded in kind.

Ctrl Enter
Noticed oshЫbku Highlight text and press. Ctrl + Enter
We are
Toxic substances "Novice": do not exist, but used?Bitter thoughts of the West. Will Russians poison Donald Trump and Theresa May?
Military Reviewin Yandex News
Military Reviewin Google News
69 comments
Information
Dear reader, to leave comments on the publication, you must sign in.